How do those Police jackboots feel as they stomp all over your rights? Jacinda Ardern’s regime is now telling schools that if any unvaccinated teachers dare to show up to work next week the schools should call their local Police to have them forcibly removed from the school premises:

Schools are being told they can call the police if any unvaccinated teachers or staff turn up on school grounds next week.

In a notice in the Ministry of Education gazette yesterday, school leaders were advised that if a staff member who has not been vaccinated against Covid-19 turns up from Monday, they will be committing an offence.

If the safety of staff or children is compromised because of an unvaccinated staff member who has arrived at school, school leaders are told they can call police.

“The staff member will be committing an infringement offence if they have not had their first dose of the Covid-19 vaccine and are onsite 15 November. This means they may be liable for a fine.

“If staff do turn up on site after this date, we encourage school leaders to deal with this in the usual manner you would if other inappropriate people were to turn up on site.“

The advice goes on to explain that unvaccinated staff members should be told they are committing an offence under the Order and a conversation may be needed to work out that particular staff member’s concerns.

Principals could consider contacting the Teacher Council about that particular teacher or staff member involved.

But if the situation was worse, staff may call police, it said.

“If you feel your safety or the safety of Akonga (pupils or students) or other staff is compromised, you could consider contacting the police.”

Notice how they classify unvaccinated teachers as “inappropriate people”. So, now you know, if you are unvaccinated you are now an “inappropriate” person…unclean, and warranting the heavy hands of Jacinda’s jackbooted Police force.

First, they brought in lockdowns so they could eliminate the virus, and you all went along with it because you thought staying home saved lives.

Then they brought in vaccine mandates for border workers, and you went along with it because you’re not a border worker and it was such a small price to pay to get your freedoms back.

Then they brought in more lockdowns for a short, sharp solution to help eliminate the virus again that has dragged on day after day, week after week and are now approaching 90 days of lockdown in Auckland. But you stayed home and said nothing because it’ll be short and sharp and then we will be free again.

Then they brought in internal border restrictions where you have to get permission from a health official in order to leave, or enter. But you went along with it because you hate Aucklanders.

Then they brought in mask mandates for everyone, everywhere, despite evidence from around the world that they don’t work. But you dutifully put a mask on and complied because you were told that it would lead to more freedom.

Then they brought in vaccine mandates for teachers and health workers, and you went along with it because it’s still such a small price to pay for freedom and you aren’t a teacher or a health worker.

Then they announced vaccine passports, and you and all the businesses out there screamed that you wanted it everywhere, after all, it is such a tiny price to pay for getting your freedoms back.

Now they are talking about vaccine passports and forced medical tests to further control entry to and exit from Auckland, along with a booking system to clear the border. But that’s OK because you still hate Aucklanders and they aren’t really in the Team of Five Million.

Come to think of it, neither are those refusing to be vaccinated, they aren’t in the Team of Five Million either, and so you cheered when the Government announced draconian penalties against these un-persons. You agreed because you’ve complied and soon you’ll be free.

Don’t forget Kiwis offshore who can’t come home, they aren’t part of the Team of Five Million either. They can stay out.

And then the arrests started, and Brian Tamaki was arrested and charged and imprisoned for attending a picnic, and you said nothing because you think Brian Tamaki is a dick, and you read that in the media, so it must be true.

Then they extended the vaccine mandate for 40% of the workforce but you said nothing because you aren’t working at the border, or in the health sector, or in education or a gym, or in hospitality, or as a barber or a hairdresser.

And then the Government used their contracts to force private employers who contract to the Government to enforce mandatory vaccination for their staff. But you said nothing because you don’t have any Government contracts.

Then the Ministry of Education told schools that they could use the Police to drag unvaccinated teachers out of their classes because they were “inappropriate people”. But you said nothing because now you are too scared to say anything in case you get dragged from your house for speaking up.

Have you not yet realised that this tyranny will not end through compliance? The fascists in charge will simply put more and more hurdles in your way until you can no longer jump them, and then the hurdles become fences and the fences become prisons.

Auckland has become New Zealand’s first gulag, and you all accepted it meekly, thinking, wrongly as it turned out, that complying would mean an end.

Worse than the creation of gulags is the Prime Minister’s enthusiastic implementation of two classes of citizens:

Personally, I hope some teachers are dragged from their classroom by the jackbooted Police thugs of the Ardern regime, and I hope it is live-streamed by students disgusted at how their much-loved teacher is being treated by the Police thugs.

Small acts of daily defiance are needed. What will you do to defy this Government? What is YOUR tipping point?

So, how’s that freedom thing going for you? Are you any closer to freedom, now you are locked down, forced to take an experimental vaccine that doesn’t work, wear a mask even when exercising and need to show your papers where ever you may go?

This is no longer a dystopian view, this is reality, and you cheered it and begged for more the whole way. Listen, if you try hard you can almost hear the orchestra playing on the station platform in the distance.

You can’t comply your way out of tyranny. Your country has fallen.

How’s that jackboot on the back of your neck feeling? 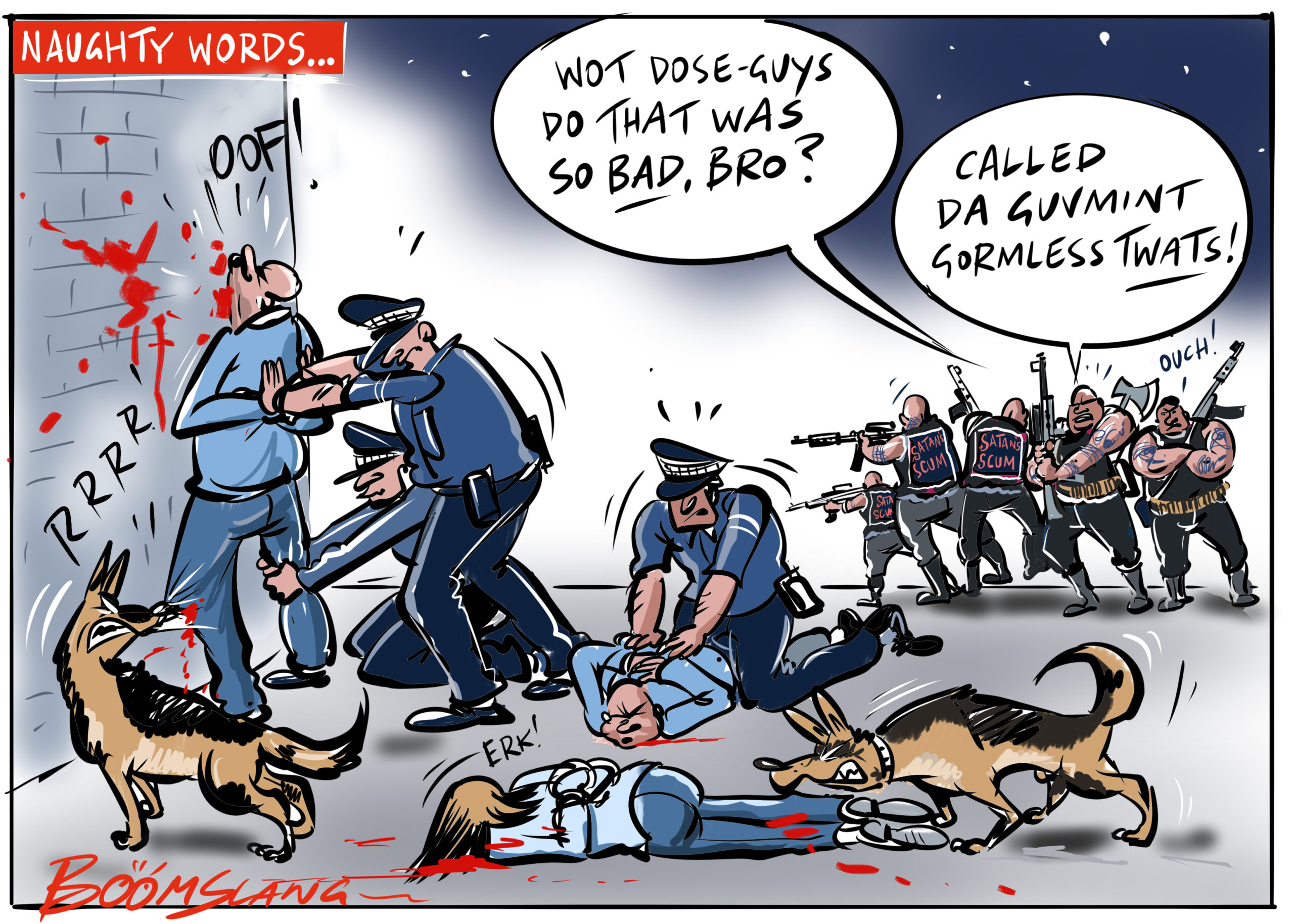