If New Zealanders have not yet tumbled to the realisation that what we are watching unfold is spectacularly sinister, then we’re in deep shit and we’ve already lost the spirit of our ANZAC camaraderie, in fact, it’s worse than that for it means what we’ve lost is nothing less than the Free World itself.

But here’s a small sliver of hope. European, Maori, Pacific Islanders, Africans, Middle Easterners, Indians and Asians are finding solidarity with each other over this enforced, sinister division – and that’s heartening to know about and be present to.  There is nothing so bonding and inspiring as a common cause to suddenly unite people out of necessity.

The day of the year that I enjoy being with my fellow New Zealanders the most is ANZAC Day.

For me, it trumps Christmas, birthdays and everything in between because it unites us all together in a peaceful, respectful and sobering manner to pay homage to our many ancestors who fought to keep our beloved nation a part of the Free World.

The words “lest we forget” bear a loaded meaning. It would be shameful to forget that our nation’s liberty and peace were bought with blood, honour and sacrifice.  Those brave men who paid the price of a life cut short loved their country, their mothers and fathers, their women, their children and their mates.  Whenever we come together to remember these fine men, whom most of us living now did not even know, we bond together in spiritual patriotism which quietly bespeaks our shared respect for each other’s people and our deep love for our country, our land, our home.  This feeling between us claims us as allies in remembrance, just as our ancestors were allies in the fighting.

Both the wars which claimed the lives of our Kiwi ancestors were started by Germany.

That’s what an honourable ally does, pledges to defend its allies and means it.

When any leader of a country enacts edicts and has legislation drawn up in order to block a group of natural and naturalised citizens from participating fully in their society, that leader is embracing fascism.

To radically alter laws to exclude a group of people from society at the behest of a government – the most powerful repository of force – is a malicious act on that nation’s citizenry for which there are many historical precedents. The most obvious and close to us by the measure of years is of course Nazi fascism.

The infamous 1935 Nuremberg Rally saw the announcement of new laws to begin the legal framework for separating out Jewish, Roma and Black citizens from ordinary German citizenship.  These poor people had already been on the receiving end of thuggish violence and persecution since the Nazi party had been elected in ’33, but the Nuremberg laws pumped that persecution up on legalised steroids.

All German Jews had their passports invalidated, then they had to apply for a new update – passports which reflected the freshly-minted new discrimination boundary with a big red stamp: “J” for Jude.

Jewish businesses had been under boycotts since ’33, and Germans who continued to trade with them out of solidarity or friendship, or just good business sense, soon learned not to as they also learned not to visit doctors, lawyers and other professionals who were Jews.  They could be arrested or shot for not discriminating as they were commanded to do.

The rest is dark history and we know it to be evil, cruel and destructive beyond the imaginings of the ordinary people who lived through it – and those who didn’t.

I have heard from various friends and family members that they are sick of “Nazi fascist” references in media because they’re overused insults thrown around with abandon to smear those with opposing political views. I get it.

But now is not the time to let the gas-lighters who set false narratives up by misusing these smears malevolently in irrelevant contexts (such as the fools on CNN who digitally baptised President Trump as being “worse than Hitler, Stalin and Mao”) numb you to the fact that real fascism really is in the ascendant amongst us now.  History and past experience are the best teachers known to man and we’d be ignorant idiots if we ignored their lessons when the parallels between events are quite glaring.

Right now, concerning the unvaccinated-against-Covid-19 citizens of our country who not only are the current recipients of openly expressed, government-sanctioned ridicule and contempt, but are also persecuted through real threats to employment, to free trading, to socialising, to medical and dental treatment on the basis of not receiving an “updated passport” never before seen in our lifetimes; this is an open act of hostility upon us as free citizens.

Where is the euphemistic “Team of 5 Million” now?

Divided and hating on each other because of an experimental medical injection without the usual 2,5 & 7 year safety data, which our Bill of Rights states clearly we have the protected human right to refuse by virtue of being thinking, individual citizens and not dumb, collective livestock.

It is not a Bill of Hopes or a Bill of Wishes, nor is it a Bill of Maybes, it’s a Bill of Rights and it’s there to protect the civil and political rights of all New Zealanders.

The hateful chasm now open between us has been wilfully engineered by manmade cunning, by people well-educated in how to rule.  Divide and conquer is a way to sow division and hate, demoralise and takeover the lives of peaceable citizens who naturally tolerate different ways, thoughts, customs and individual choices.  We may bitch at each other, or even insult each other’s pride with name calling and stereotypical insults, but at the end of most evenings, we leave each other on principle to live-and-let-live and at worst tell a sweary anecdote about it over a laugh with our friends.

If the Nazis had just verbally ribbed and insulted the Jews during their time, we wouldn’t be talking about it now.

No. The Nazis were utterly serious and fanatically set about altering all the laws to legislate Jews out of citizen protections. To do this the Nazis had to inflame hatred in the hearts of mostly Christian Germans (Catholics and Lutherans) by pretending that the Jews were an existential threat to their health and their economy – a living plague upon their houses.

How did it work so resoundingly?

Simply because German civilians and military used the term: “I’m just following orders,” which is the mantra and raison d’être of the cowardly person.

We’re watching our police say, “We’re just doing our job, we’re following orders,” when they tackle a Kiwi father to the ground in front of his young son outside a supermarket because Dad’s not smothering himself with the equivalent of a bloody balaclava to do his shopping.

We’re watching restaurants and venues issue new rules about barring unvaccinated people from being served on their premises, “We’re just following orders. It’s the rules – we have to keep all the compliant, sensible people safe from you lot.”

Worst of all, we’re watching people be told that they’re a public threat to others if they don’t take this medical injection, “If you don’t follow orders too for the sake of the public good then you’re a bad person, a moral hazard to others – unclean, infected, dirty, selfish.”

Disgustingly, I’ve seen many, many social media posts on Twitter and FaceBook saying that unvaccinated people should be dragged out of their homes and forced to have the injection against their will.  They also make a lot of noise about the unvaxxed being denied medical treatment if they do contract Covid-19. This is the orchestrated hate working.

If New Zealanders have not yet tumbled to the realisation that what we are watching unfold is spectacularly sinister, then we’re in deep shit and we’ve already lost the spirit of our ANZAC camaraderie, in fact, it’s worse than that for it means what we’ve lost is nothing less than the Free World itself.

But here’s a small sliver of hope. European, Maori, Pacific Islanders, Africans, Middle Easterners, Indians and Asians are finding solidarity with each other over this enforced, sinister division – and that’s heartening to know about and be present to.  There is nothing so bonding and inspiring as a common cause to suddenly unite people out of necessity.

Our government has grossly underestimated us and how deeply and quickly these bonds reach out to people under existential threat, it makes for very strange bed-fellows and brings together the best traits of folks who really do care about our traditional freedoms and our ancestors who won them for us.  Ordinarily, we would naturally be satellite groups without much knowledge of each other’s existence.  But now we’re coming together in protests, in social media, in writing, in friendship circles, or just in conversations with others on a subject we feel deeply connected to for moral or even sheerly instinctual reasons.

Does any politician understand these connective bonds?  I doubt it.  The people doing this to us have very few friends around them because politicians don’t make for great friends – they’re in it for public power and promotion – trust is a rare commodity and the fact that currently our leaders show us that they think they’re presiding over such a low-trust, stupid society that we must be micromanaged, controlled and divided at all costs says they actually don’t understand real trust-bonds between ordinary Kiwis and whanau. They are the abnormal ones in this regard.

We’re neighbours, friends, colleagues, relations, social groups, casual contacts, exes, estranged step-children, estranged old friends… the more we’re pressured to form contacts around something we value so profoundly – the liberty of our way of life – the more the chasm between us shrinks to become just a small, thin crack in the concrete to be easily ignored.

Take this opportunity to be honest about where you stand at this historical crossroads and don’t be the coward who rationalises their evil words and discriminatory behaviour by “just following orders.”  That’s what fascism does, it counts on a bunch of unthinking, amoral robots without souls to do its dirty work. Our forefathers travelled thousands of miles from their homeland to smash fascism clean off the planet and we cannot break faith with them by allowing it to swallow up our nation here at home.

Remember, our political leaders are put there temporarily by us to be our public servants and not our masters. They are there for no other reason than to protect our rights, liberties and way of life. They literally live on our dime.  Let us keep reminding them of that fact and never let them forget it. Speak, write, learn, engage and come together in whatever capacity you can.  We’re one nation under God and one people. This land is ours! 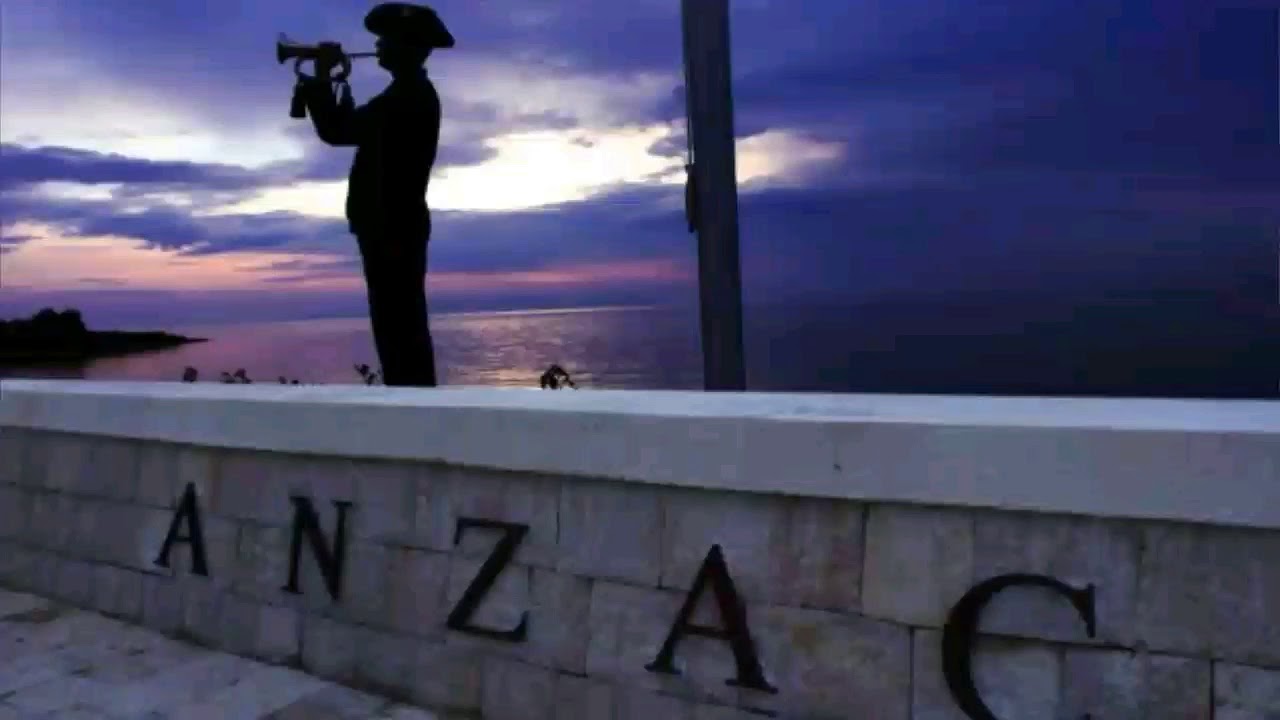