This Government and the Prime Minister Jacinda Ardern are causing a mass delusion to visit itself upon the nation. The delusion is that somehow, by doing exactly what other nations around the world have done to battle Covid-19, that New Zealand will somehow get a different and better result. On top of that there is the mass delusion that compliance with vaccination, forced in some instances and bullied in most instances, is the pathway to freedom.

This report from the European Journal of Epidemiology puts paid to that nonsense. The study is vast, 68 countries and 2947 counties in the USA. The reading isn’t pleasant for the Government:

Vaccines currently are the primary mitigation strategy to combat COVID-19 around the world. For instance, the narrative related to the ongoing surge of new cases in the United States (US) is argued to be driven by areas with low vaccination rates. A similar narrative also has been observed in countries, such as Germany and the United Kingdom. At the same time, Israel that was hailed for its swift and high rates of vaccination has also seen a substantial resurgence in COVID-19 cases. We investigate the relationship between the percentage of population  fully vaccinated and new COVID-19 cases across 68 countries and across 2947 counties in the US.

Which is exactly the same narrative Jacinda Ardern and her cronies are using. Unfortunately for them, they are wrong. The data doesn’t lie, only politicians lie.

At the country-level, there appears to be no discernable relationship between percentage of population fully vaccinated and new COVID-19 cases in the last 7 days.

Inconvenient facts that mow down Jacinda Ardern’s deliberate lies about vaccination as the route to freedom.

The narrative is eviscerated by these facts.

The Government’s narrative is essentially dead on arrival, which sadly is how some people will be when they find out that the vaccine they were told would protect them does nothing of the sort.

Whoopsy…another of Jacinda’s lies, that you are fully immunised two weeks after your second clot shot is a busted flush.

The sole reliance on vaccination as a primary strategy to mitigate COVID-19 and its adverse consequences needs to be re-examined, especially considering the Delta (B.1.617.2) variant and the likelihood of future variants. Other pharmacological and non-pharmacological interventions may need to be put in place alongside increasing vaccination rates. Such course correction, especially with regards to the policy narrative, becomes paramount with emerging scientific evidence on real world effectiveness of the vaccines.

And yet our Government has done nothing of the sort. They are relying entirely on vaccination as the pathway to freedom. As we have seen around the world, that approach is sheer folly.

We have been so slow to roll out vaccines that we really shouldn’t be making the same mistake as other nations. But we are. Ask anyone what the treatment for Covid is and you will hear nothing but crickets. In New Zealand, there are NO current interventions other than vaccination.

In a report released from the Ministry of Health in Israel, the effectiveness of 2 doses of the BNT162b2 (Pfizer-BioNTech) vaccine against preventing COVID-19 infection was reported to be 39% [6], substantially lower than the trial efficacy of 96% [7]. It is also emerging that immunity derived from the Pfizer-BioNTech vaccine may not be as strong as immunity acquired through recovery from the COVID-19 virus [8]. A substantial decline in immunity from mRNA vaccines 6-months post immunization has also been reported [9]. Even though vaccinations offers protection to individuals against severe hospitalization and death, the CDC reported an increase from 0.01 to 9% and 0 to 15.1% (between January to May 2021) in the rates of hospitalizations and deaths, respectively, amongst the fully vaccinated [10].

Because of concrete thinking from our much-vaunted health “experts” and Government intransigence we have unfortunately been condemned to the same outcomes that the rest of the world is now experiencing. People who think they are fully protected are going to die and that’s on Jacinda Ardern. She lied to people and is still lying to people about just how safe they’re supposed to be after being fully vaccinated.

The final part of the report is sobering:

In summary, even as efforts should be made to encourage populations to get vaccinated it should be done so with humility and respect. Stigmatizing populations can do more harm than good. Importantly, other non-pharmacological prevention efforts (e.g., the importance of basic public health hygiene with regards to maintaining safe distance or handwashing, promoting better frequent and cheaper forms of testing) needs to be renewed in order to strike the balance of learning to live with COVID-19 in the same manner we continue to live a 100 years later with various seasonal alterations of the 1918 Influenza virus.

Sadly, it is our own Prime Minister who is stigmatising and marginalising and victimising people. She has effectively declared the unvaccinated as untermenschen. Instead of uniting, she is dividing. The Team of Five Million is no more, it was nothing but a cheap charade. Worse still is she is laughing about it:

And being cheered on by people who constantly decry the marginalisation of Maori, the Rainbow community and Pasifika:

Those same people are now very active in victimising and marginalising people who have done nothing other than make a different decision than theirs.

I used to think it was petty when people said that Jacinda was not their Prime Minister. I no longer think that way. I agree with that.

Jacinda Ardern has destroyed social cohesion, not promoted it. She has marginalised around one million citizens who are now separated from and persecuted by society. She did that, no one else. That’s on her.

She will have to reap the whirlwind from those decisions, but in the meantime, she will not be able to vaccinate her way out of this. 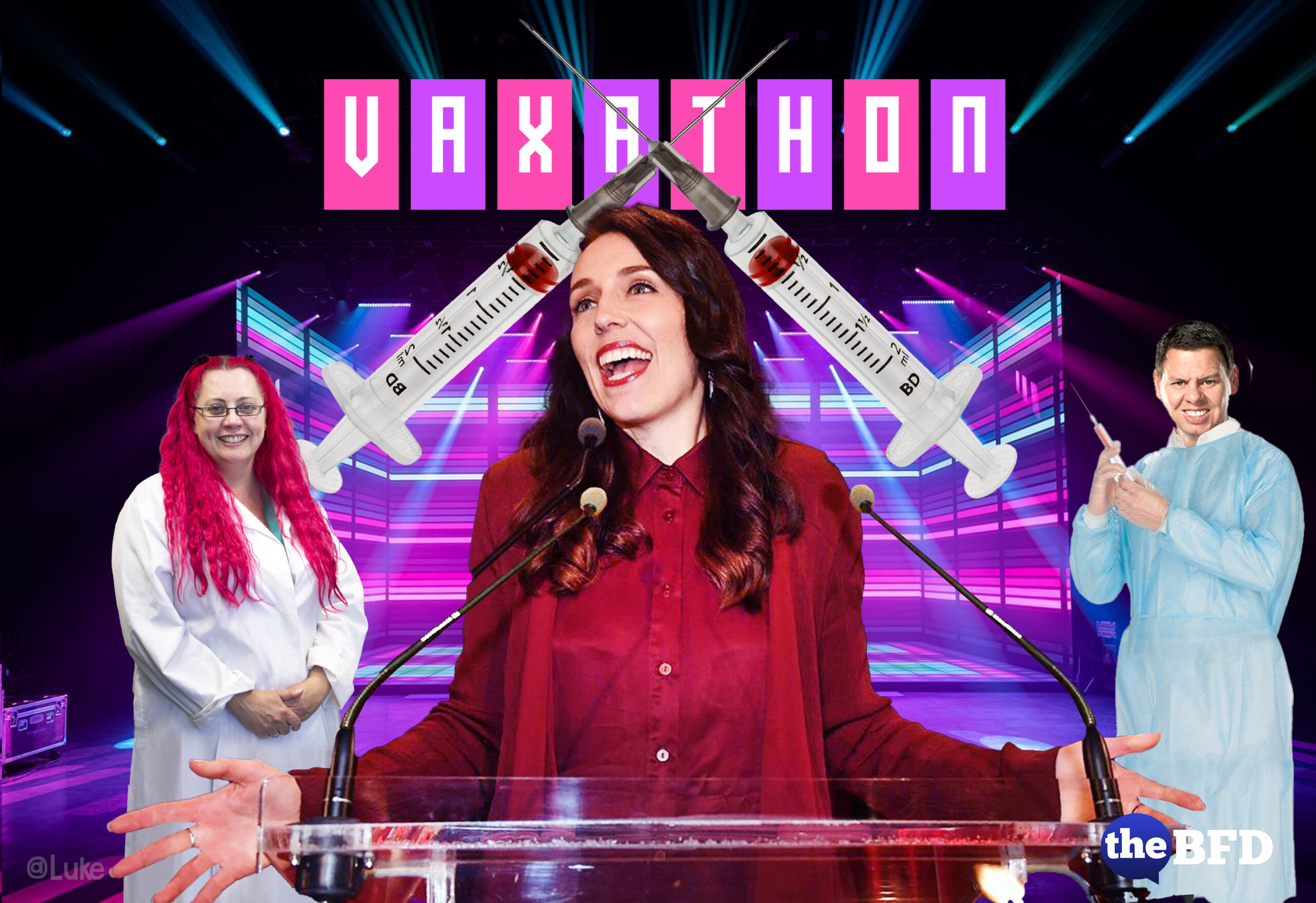