Because you’re an idiot, the great minds at Stuff have graciously condescended to explain to you what “elimination” means. Did you think it means “removing or getting rid of something completely”. Oh, you poor simpleton. No, no, no. You need to stop consulting the dictionary and listen to your betters in the Beehive.

Allow your “Sole Source of Truth” to enlighten you:

As epidemiologist Sir David Skegg said in his recent advice to the government on reopening the borders, it’s best to think of elimination as a process, not an outcome. He pointed to April 20 last year when Bloomfield stated: “The elimination approach focuses on a zero tolerance towards new cases, rather than a goal of no new cases.”

See? “Elimination” doesn’t mean actually eliminating the virus – which is what “no new cases” might mean to the unenlightened – it’s all about “zero tolerance”. Whatever that means (“lockdowns forever”, no doubt some of you are churlishly thinking; stop it, stop it now).

But the government’s own “four pillars of elimination” are rather telling in themselves.

Keep It Out – this is primarily about using border settings to, um…keep the virus out.

I think we can notch that one up as a total failure, then.

Prepare For It – this involves, for example, encouraging people to wear masks and keep a record of where they’ve been.

In other words, expect to be under the boot of government snitches and enforcers forever.

Stamp It Out – this is the key pillar. It’s about using contract tracing, supported by lockdowns, “to eliminate Covid-19 as quickly and efficiently as possible from the community”.

So, snap lockdowns forever. Enjoy that Level 4, folks. Still, at least it keeps the beaches clear so pink-haired frightbats can go for a paddle with their mates whenever they please.

Manage The Impact – this is defined as a “foundational pillar”. It includes the vaccination programme and is all about ensuring the health system is ready for Covid.

Bing! Failure number two. The Ardern government’s vaccination programme is proceeding as crackingly as Kiwibuild, and New Zealand’s ICU capacity remains one of the lowest per capita in the Western world: ditto its general hospital bed capacity. This is a government that builds cycle bridges faster than hospitals.

Oh, and in case you nurse the unconscionable suspicion that lockdowns don’t work, ignore the evidence and just listen to Stuff:

The fact there are still plenty of cases five weeks into Alert Level 4 has prompted some commentators to say the lockdown, and by extension elimination, isn’t working. I suppose this comes down to your expectation of what lockdown was meant to achieve.

Only a churl would call that “shifting the goalposts”.

Defining elimination as a process, not an outcome acknowledges the reality of the virus […] The definition also gives the Government some wiggle room.

We could be forgiven for thinking that that’s the whole point of redefining plain English words to mean whatever the government and its media lackeys tell you they mean.

Now, go away and add up two and two to make five. 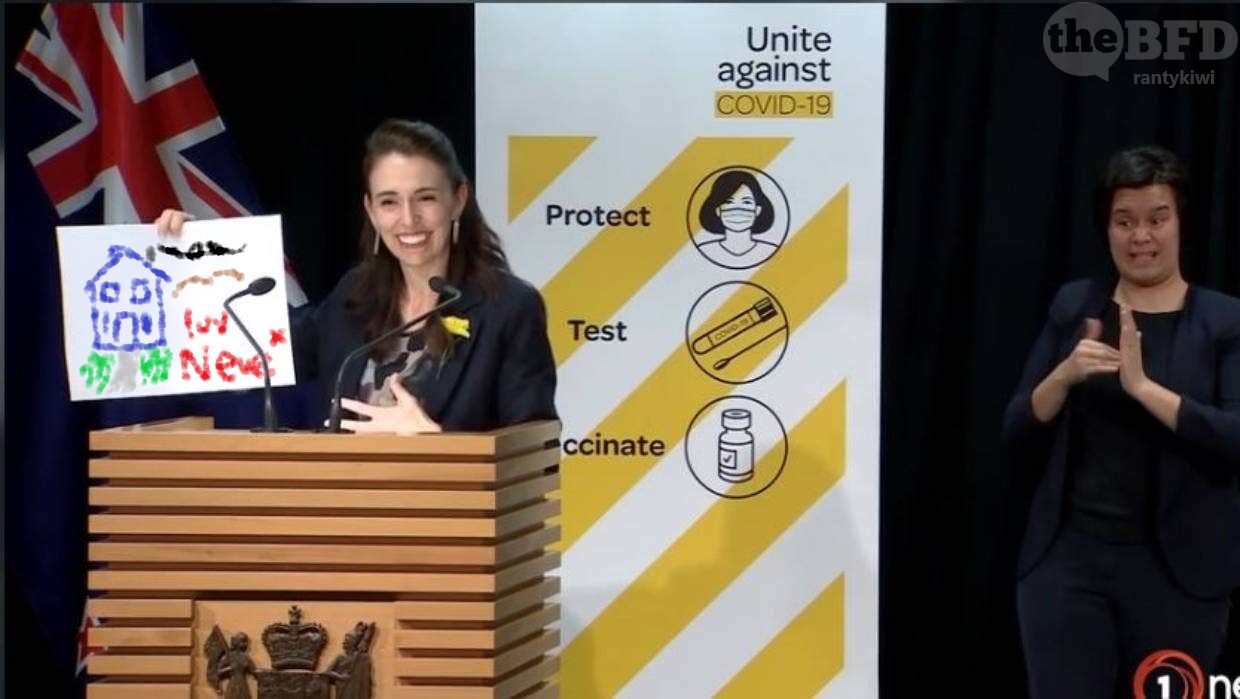