Geoffrey Miller is the Democracy Project’s international analyst and writes on current New Zealand foreign policy and related geopolitical issues. He has lived in Germany and the Middle East and is a fluent speaker of German and Arabic.

China’s level of anger at the new AUKUS defence pact between Australia, the UK and the US was only to be expected.

And Paris’s dramatic recall of its ambassadors to Canberra and Washington at the weekend may be just the start of the impact.

Even in New Zealand, policymakers will be feeling more than a little miffed – despite Jacinda Ardern stressing that everything was fine.

When quizzed about AUKUS, Ardern said “we weren’t approached but nor would I expect us to be” and emphasised the “strong relationships” with all three AUKUS members.

But perhaps deliberately, the New Zealand Prime Minister also revealed that she had only been informed of the deal by the night before.

While the US suspended its obligations to New Zealand under the Anzus alliance in 1986, the arrangement has never been formally terminated.

After talks with Ardern in May, Australian Prime Minister Scott Morrison went to great lengths to emphasise harmony between Canberra and Wellington.

He warned that there would be others who “seek to divide us” and “undermine Australia and New Zealand’s security by trying to create points of difference that are not there”.

“The Australia-New Zealand relationship is unique in its closeness; we are partners and allies, and we share a relationship of family, of whanau.”

Of course, the bonhomie between Ardern and Morrison in May was to a degree exaggerated.

The meeting followed a month of debate over the level of New Zealand’s commitment to the Five Eyes – a period which had culminated in an Australian TV programme asking whether New Zealand was becoming ‘New Xi-Land’.

Shortly after his trip to New Zealand to meet Jacinda Ardern, Scott Morrison headed to Cornwall for the G7 and hatched the AUKUS plan with Boris Johnson and Joe Biden.

New Zealand was not even worth a courtesy phone call – at least until the very last minute.

For New Zealand – which declared itself a nuclear-free zone in 1987 – this should be more than a little concerning.

On Thursday, Ardern stated the obvious – that New Zealand’s legislation meant the nuclear-powered submarines would not be allowed in its waters.

But otherwise, Wellington will not be protesting very loudly about AUKUS.

There is zero chance that New Zealand will recall its diplomatic representatives to Canberra or Washington.

That’s because New Zealand is poised to be the big winner of the AUKUS partnership.

Trade is a big factor – but it’s not the only one.

The day after the AUKUS announcement, the EU released its long-awaited Indo-Pacific strategy.

But France’s fury means that Australia’s agreement is now almost certainly going to be delayed.

When asked about the deal, France’s European affairs minister Clément Beaune said “I don’t see how we can trust our Australian partners”.

And Arnaud Danjean, a senior Member of the European Parliament – which would have to ratify any agreement – tweeted “Considering how they behave with a European ally that was the most committed to build a lasting, strategic partnership in Indo-Pacific, Australians can expect more than a delay in concluding the Free Trade Agreement with EU!”

It might be easy to write all this off as short-term sabre-rattling.

But the apoplectic language used by France’s foreign minister Jean-Yves Le Drian – who called Australia’s cancellation of its $A90 billion submarine deal a “stab in the back” – coupled with France’s recall of its ambassadors to Canberra and Washington shows that Paris is deadly serious.

Moreover, Brexit means that France and Germany – the EU’s traditional two powerhouses – are now firmly back in the bloc’s driving seat.

Indeed, the impact of Brexit and the ensuing rivalry with the United Kingdom is a major motivator behind the EU’s sudden surge of interest in the Indo-Pacific.

If France wants to stop the EU’s free trade deal with Australia – or heavily delay it – it can and will.

In fact, the move would recall French President Charles de Gaulle’s own repeated vetoing of Britain’s applications to join the then European Economic Community in the 1960s.

If Australia is punished and the EU seeks to reward the countries that have not blotted their copybooks, Indonesia and New Zealand could turn out to be major beneficiaries.

Jacinda Ardern’s very good working relationship with Emmanuel Macron – cemented by the pair’s co-chairing of the Christchurch Call – will not hurt either.

But trade is just the start.

AUKUS has effectively formalised a new hierarchy when it comes to countries’ views of China.

Essentially, a new ‘premier league’ of hawks has been created.

For now, this consists of the AUKUS members – Australia, the UK and the US.

But in time, both India and Japan may align themselves with AUKUS – even if more informally.

Both countries are already members of the reinvigorated ‘Quad’ grouping that also includes both the US and Australia.

The Quad will hold its first face-to-face leaders’ meeting in Washington on Friday.

Below the hawks, a second division includes the EU, Canada and New Zealand, as well as potentially some Southeast Asian countries.

This grouping is not oblivious to the challenges presented by China, but generally prefers to take a less confrontational approach.

Its preferred modus operandi emphasises partnerships, engagement and dialogue (including behind the scenes) – combined with a more limited show of force when needed.

Formalising and developing these methods is essentially what the EU’s new Indo-Pacific strategy is all about.

By design, AUKUS is and will remain a very exclusive club.

The constant pressure put on New Zealand over the past year to sign up to the US position on China may start to diminish as a result.

Instead, New Zealand can start to work more closely with the more like-minded countries that are more closely aligned with its views.

In the EU, Germany will also play a major role.

The imminent departure of Angela Merkel – with whom Jacinda Ardern has been on friendly terms – will not necessarily hurt New Zealand’s cause.

In fact, if this Sunday’s German elections put the Social Democrats (SPD) and Greens back into government for the first time since 2005 – as polling suggests is likely – relations may only improve further.

Ardern’s personal star power and her past role as president of the International Union of Socialist Youth mean she would be welcomed particularly by the SPD.

Exactly what a more coordinated, non-AUKUS approach towards China might involve remains to be seen.

But it is worth thinking about. 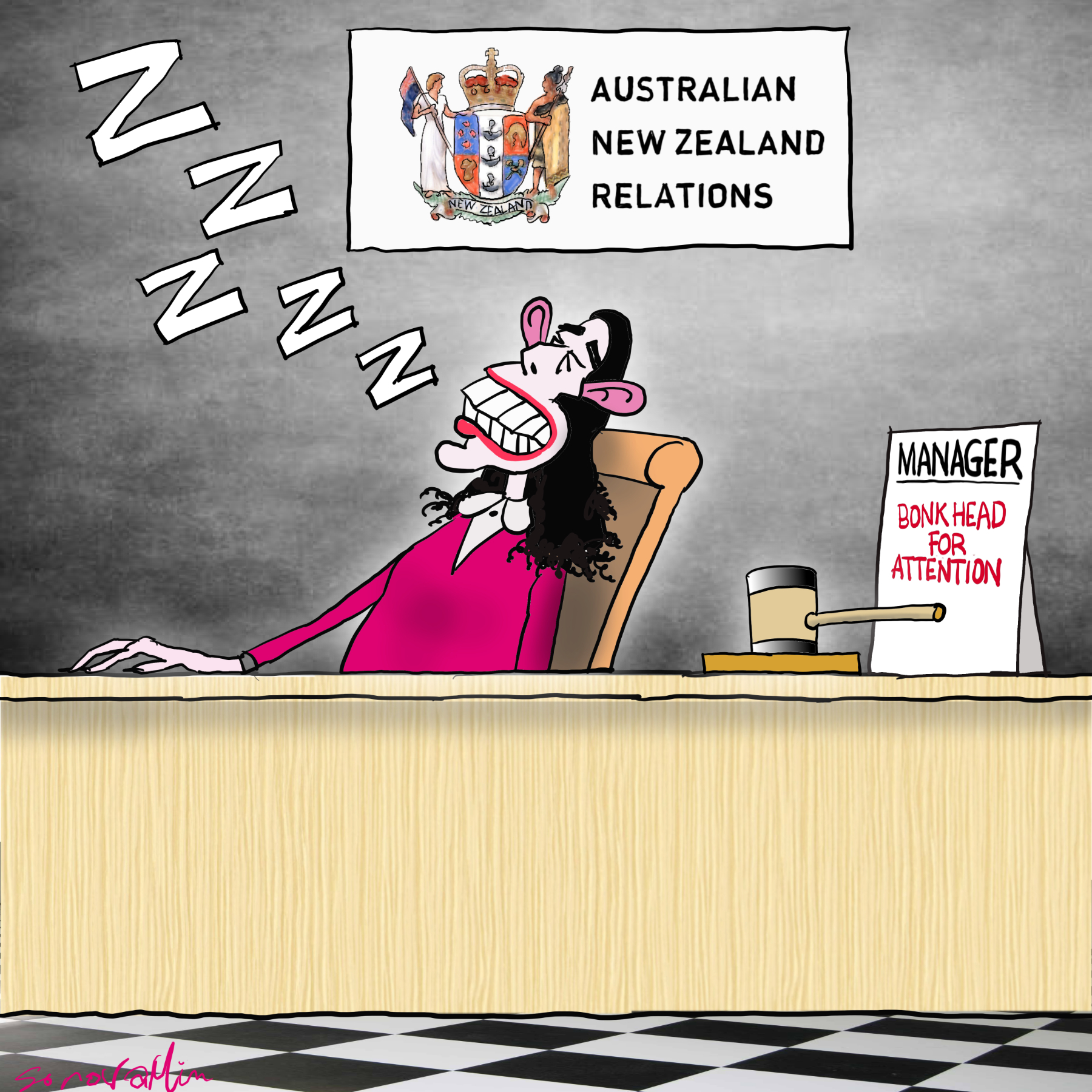