Matt is a former Labour Party Chief of Staff under two leaders (including Andrew Little). If you’d told me three years ago I’d help run a trade union with Matt McCarten and David Seymour as members, I wouldn’t have believed you!

If your politics sit anywhere between Matt McCarten on one end and David Seymour on the other, or somewhere between Judith Collins and Chris Trotter then join us as a member of the Free Speech Union.

Our power is solely from the number of Kiwis standing up for the cause. That’s why we need your support. 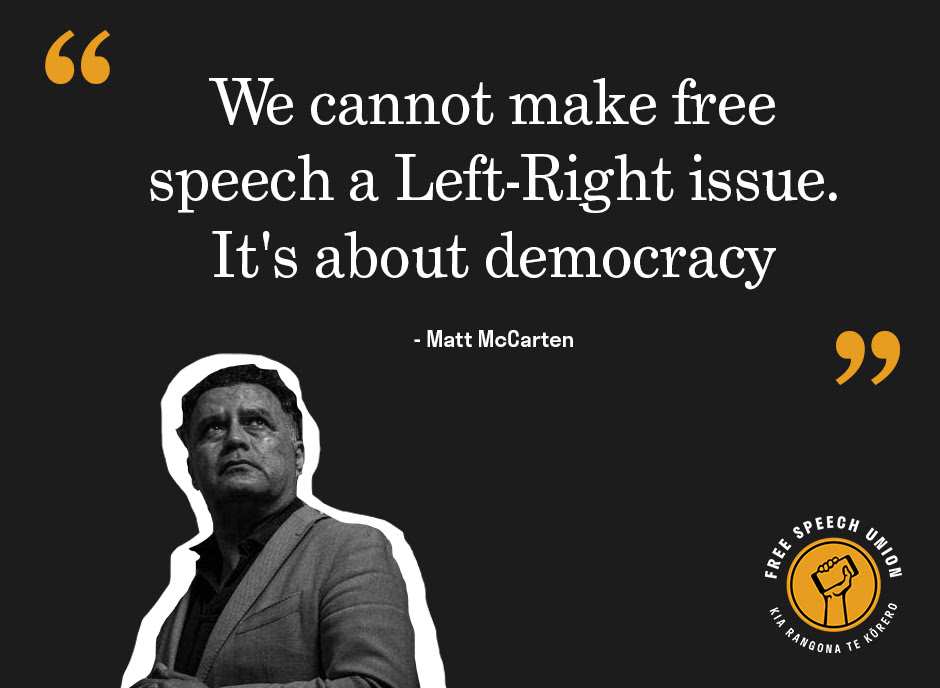 Matt sat down for a podcast interview about the centrality of free speech to traditional Left-wing politics and societal progress, why we should reject free speech being a Left-Right issue.

Online submission tool: Making it easy for Kiwis to have a say on ‘Hate Speech’ proposals.

We’ve made it easy for Kiwis to have their say on the Government’s so-called ‘hate speech’ laws. If you’ve not already, take a moment to register a formal submission at freespeechsubmission.com

Last week Peter Williams sat down with our campaign manager, Jonathan Ayling, to discuss the proposed laws. They discussed the dangers of having ambiguous and vague law, like the changes the Government has proposed.

Have a listen to the interview.

Any content that has been made publicly available is attributed to general as an author. This content does not necessarily reflect the views of the site or its editor. This content is offered for discussion... More by General