I’ve always thought road maggots were selfish and inconsiderate users of roads they don’t pay for. Yesterday in Auckland they proved that categorically by illegally riding on State Highway 1 over Auckland Harbour Bridge.

All egged on by a former Associate Transport Minister who once promoted the Vision Zero road toll, who went and illegally rode her bike on State Highway 1.

Two northbound lanes on the Auckland Harbour Bridge have reopened after they were closed by hundreds of cycling protesters this morning.

A ‘Liberate the Lanes’ rally was being held at Point Erin Park below the bridge, calling for a three-month trial of a cycle lane on the bridge.

After the protest, dozens of cyclists went past a police barricade and made their way across the bridge.

The northbound lanes opened after about two hours.

No injuries were reported.

Motorists have been urged to avoid the area and use alternative routes.

Cyclists celebrated the protest with selfies at the summit.

All they’ve really done is enrage motorists further with their self-centred, look-at-me attitude.

As Julie-Anne Genter is a Wellington-based MP, did taxpayers pay for her to protest in Auckland? I hope she practised what she preaches and cycled up to Auckland for the protest.

As for the Police, they should be mortally embarrassed after letting a bunch of lycra-clad cycling pansies breach their cordon. They had just one job…and even screwed that up. You have to wonder what would happen if gun owners decided to mobilise against Police excesses towards their community in a similar manner. The Police, it seems, back down and acquiesce: to gangs and now to cyclists. 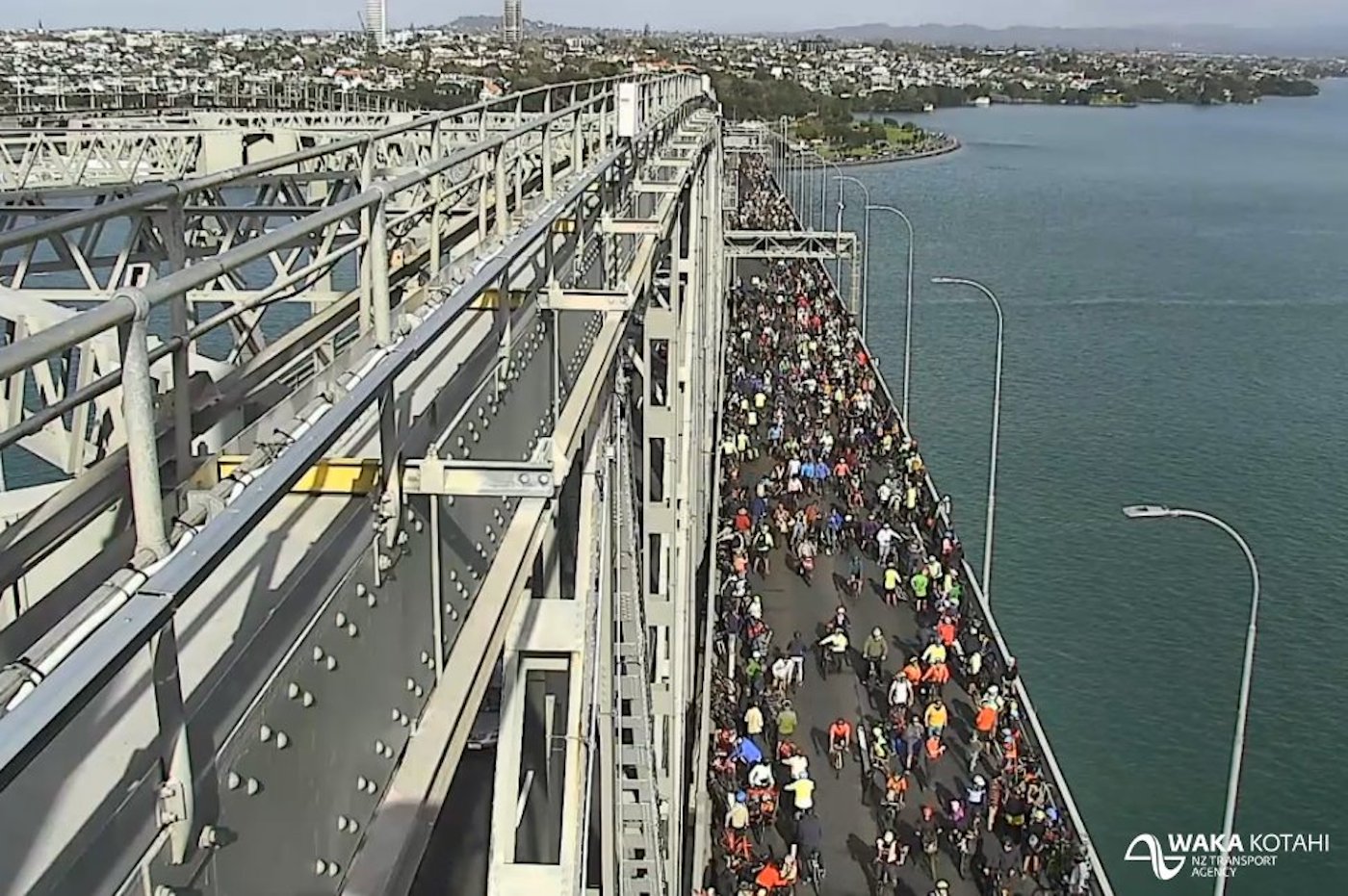