I was delighted to discover on the weekend that I have become a matter of concern and criticism for the “Noosa Temple of Satan”. I immediately retweeted their comments condemning me and those politicians daring to be seen associating with me and the Christian political conference I convene each February. I accompanied it with my own thoughts:

Put aside what is blatantly obvious about satanism to anyone not profoundly deceived by the father of lies, and what they say about themselves is enough to say right thinking people have no interest in their opinion on anything.

Most obviously, they are proudly anti-Christian. If there is any Christian who is not the subject of their criticism, they should be terrified about the quality of their Christianity and the review Christ will give them soon enough.

I stress again that what self-described followers of the father of lies has to say about themselves should be taken as the tip of the iceberg. They pretend satan isn’t real and the object of their worship is merely a symbolic figure of their worship of pride & rebellion. But the little they make no effort to conceal is more than enough to disqualify them from any conversation requiring a common commitment to sincerity or civility.

Satanism’s rules say if someone “in your lair” merely annoys you, you must “treat him cruelly and without mercy.” Of course there are no sexual ethics beyond allegedly requiring a “mating signal”. The prohibition against killing only specifies “non-human animals”, but “if someone bothers you, ask him to stop. If he does not stop, destroy him.”

They describe their ‘religion’ as “carnal”, which means to do with the flesh, as opposed to our spirit. It is selfish, indulgent and subjective – they are “egoists“. This is the diametric opposite of authentic Christianity which is sacrificially generous, concerned primarily with the welfare of others, and humbly submitted to the objective Truth and authority of Almighty God.

Much more could be said about their debased philosophy, but take especial note of the harmony and agreement with the radical left’s tyrannical cancel culture and moral relativism.

No surprise, then, they feel they have procured a “gotcha” moment for three unapologetically public Christians; an attempted character assassination by which they hope to take their ideological enemies out of the battle for the soul of the nation by either cancellation or intimidation. This is nothing more than the usual intellectual cowardice offered by those inadequately armed for a contest of ideas.

When we start giving a pinch of salt to the assessment by satanists of the quality of anyone’s Christianity, we have forgotten Who our Lord and King is, and might as well throw in with their miserable assembly. I’ve previously responded to the initial criticism of this photo by better characters, and I do not presume to do so again every time some clown critiques my Christianity.

Jesus publicly associated, ate and stayed with, people who were undoubtedly morally corrupt, broken and fallen. They made no pretense of moral superiority. They were sinners, and they knew it. How much more should I welcome to my table, or public events, people who are interested in hearing arguments and evidence for what is True and just? Should I invite only people who already agree with me, and cast out everyone who could benefit from good ideas and good company?

Jesus’ friendship with sinners was, invalidly but scandalously, seen by the Pharisees as endorsement of their reputed behaviour. He didn’t merely pose for a photo with sinners & share it on the internet, He recorded it for eternity in the Bible. The key element He needed was their willingness to sincerely listen to and be interested in Truth.

I will sit down and honestly discuss my ideas with anyone interested, as long as they are sincere and civil in their posture and behaviour. I have also publicly interviewed, privately socialised and been photographed with an abortionist – and would again. Does that make me an abortion apologist any more than Jesus befriending sinners didn’t make Him a prostitute? Of course not!

What these hypocrites do is identify themselves as “pigs”, to quote Jesus’ famous chapter on judging – which few folks like to go beyond the first verse of. They have no sincerity or civilty in their arguments. They seek only to posture themselves as morally superior and qualified to criticise, condemn & cancel those with whom they disagree. Those are the kind of people I’m less inclined to have any fellowship with – again, like Jesus.

“Do not give dogs what is sacred; do not throw your pearls to pigs. If you do, they may trample them under their feet, and turn and tear you to pieces.” – Jesus Christ

Such ignorant hatred as the above feeble attempt at criticism from self-described satanists help identify to Whom authentic Christians belong.

They seem most aggravated by Christians unapologetically taking Jesus at His Word when He commanded His followers to be the salt of the earth adding a distinctive flavour to the world around us, to be the light of the world, not hidden and private but prominent and public, to be a city set on hill: an assembly of safety, liberty, justice, peace and welfare for those travellers yet far off.

The satanists and other radical secularists pejoratively call this “dominionism” and shriek as if the Kingdom of God is a secret, nefarious plot to shred the constitution and replace the PM with a Pope. Honestly, there isn’t enough tin foil in the world to make these conspiracy crackpots feel safe in the presence of a real Christian.

It is no crime or conspiracy for any citizen to take the invitation of our Constitution and electoral laws literally and fully participate in Australian democracy and in all its inclusive, pluralistic liberty; as well as conversations about important public issues such as happen at the Australian Church And State Summit.

If you feel like satanism, neo Marxism and radical secularism might be not quite representive of your values, you know why more and more ordinary Christians are no longer content to be mere observers of democracy in the West.

You’re welcome, like everyone else, to watch the videos for every previous session in every previous year as well as this year’s. Judge for yourself which values are most conducive to creating a society conducive to human flourishing. The only remarkable thing to see here is Christians being Christian in the public square and advocating ideas with an “extreme” distance from satanism. 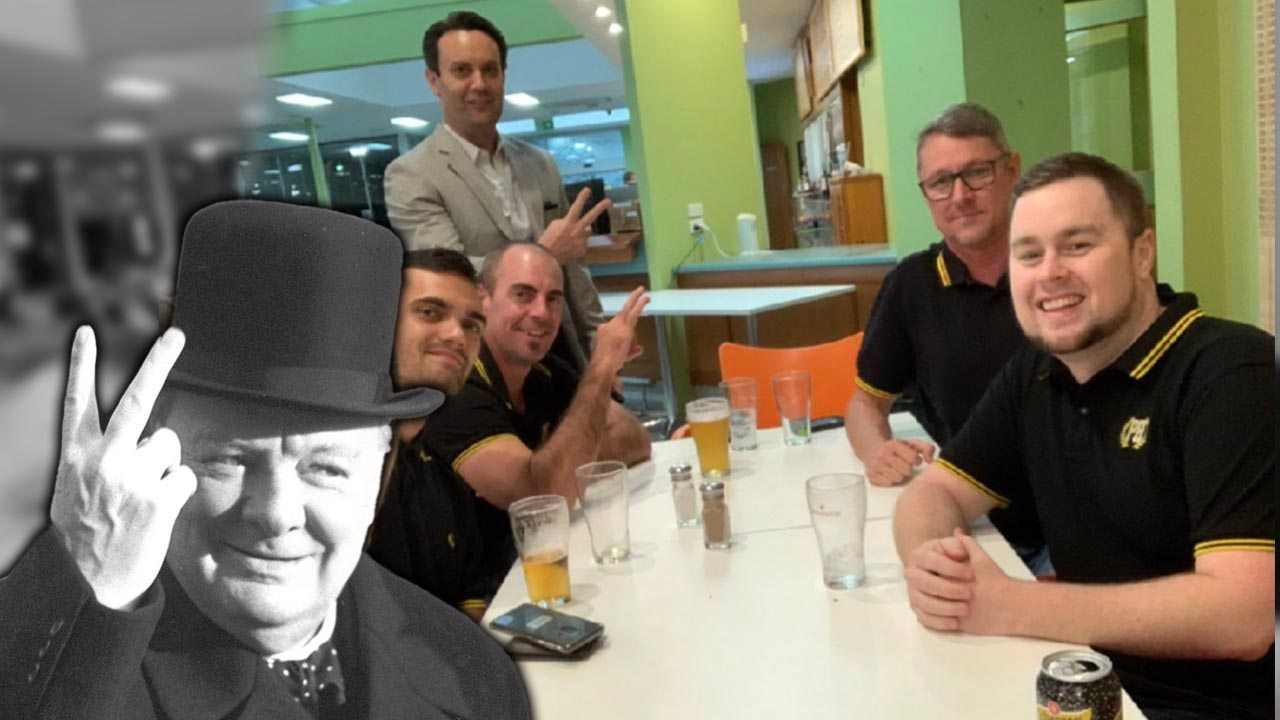 Dave Pellowe is a Christian conservative writer & commentator, editor of The Good Sauce, and convener of the annual Church And State Summit. He believes in natural law & freedoms, objective Truth... More by Dave Pellowe