Skip to content
Photo by Bruno Nascimento. The BFD

Ethan joined AIER in 2020 as an Editorial Assistant and is a graduate of Trinity College. He received a BA in Political Science alongside a minor in Legal Studies and Formal Organizations.

There’s certainly something poetic about my existence being the son of two immigrant families that fled authoritarian regimes in Asia. My father’s side came from Taiwan, which at the time was ruled by a Fascist-Leninist military regime known as the Kuomintang. They ruled the island with an iron fist. My mother’s side fled Cambodia, which was ruled by the Communist Khmer Rouge that killed almost a quarter of the population and plunged the country into despotism and despair. I wrote about her experience in my alma mater’s newspaper here. In short, I grew up hearing her stories of how she witnessed some of the most wretched actions ever committed by mankind. The results of the most insane, far-left policies ever conceived like outright genocide of ethnic minorities, the complete takeover of the economy which led to mass starvation, and torture and rape beyond comprehension.

My mother, whose background is in finance and cares little for political theory and policy, gave an answer that made me pause but now in the age of Covid-19 has become clear. She said that all that terrible stuff didn’t have much to do with Communism; it’s just that people were being terrible.

At the time I found this comment to be disappointing, of course. Communism was the problem; don’t you know that authoritarian systems of government left or right lead to genocide and domination? That market systems like private property, competition, and prices are needed to efficiently allocate resources? This of course is all true but now I realize that my mother’s comment either intentionally or unintentionally touched on something far more foundational. Human nature.

People suck. We are capable of doing terrible things to one another like murder and rape. We’re greedy, self-interested, opportunistic, and will use every tool to get ahead of one another. We think we know everything and what’s best for other people even though we know nothing about them.

Just look at what’s happening and what has happened in countries like the United States, the longest-running liberal democracy on the planet. Lockdowns are crippling the economy and the people at the top seem to have absolutely no problem with it. As great as the market and private enterprise are, the actors in that system have also contributed to our oppression. Take the New York Times, a company among many others in the age of Covid-19 that continues to sow despair and fear while also conducting themselves as if they were the ruling class in a new American feudal system. People being awful to each other in this country goes back to the very beginning of American history despite our constitution and powerful systems of freedom. Slavery, segregation, the internment of Japanese-Americans, the oppression of women, prohibition, the war on drugs, the genocide of Native Americans; the list goes on. It doesn’t matter if the system is Communism, Fascism, or liberal democracy, people have it in their nature to dominate each other.

Knowing what people are capable of if given the tools to oppress one another, at this point I would say I am begging you as the reader to stand for freedom at a time when it is clearly under assault. When the government takes away liberty, it seldom gives it back and its abuse of power just keeps growing. Although I just explained how people commit terrible acts even under a system of markets and limited government, in the words of Winston Churchill,

“Indeed it has been said that democracy is the worst form of Government except for all those other forms that have been tried from time to time.”

We need systems that disperse power and uphold individual liberty not because they are flawless but because we know what happens when we deviate. All the problems we have now, whether it be lockdowns or problems associated with private companies, will only grow exponentially without strong protections of our freedoms and the market.

Proponents of limited government and markets subscribe to a constrained view of human nature; that is that we believe it is unchanging. People will always be self-interested, power-hungry, and ignorant. Therefore we need systems that can restrain those urges and channel society in a productive direction.

“While all institutions are subject to takeover by opportunistic individuals and to the potential for perverse dynamics, a political system that has multiple centers of power at differing scales provides more opportunities to innovate and to intervene so as to correct maldistribution of authority and outcomes.”

People need freedom and autonomy not just to make precise decisions with their lives, but also to check the ambitions of others who wish to dominate them.

The Founders crafted the US Constitution with a very pessimistic view of human nature in politics. The Declaration of Independence is essentially a grievance list of what the King of England and his officers did with their powers. They did not believe that American leaders would be any different so they created a constitution with a vast list of protections on civil liberties, embraced federalism, and devised a separation of powers doctrine. They did this because they understood that the most important thing governments can do is protect freedom. They understood that when given the chance to wield power, it’s not a question of if or when, it’s a question of how many and how terrible will their atrocities be. That is why individual liberty and limited government matter, not just because free people are capable of amazing things, but because people abuse power. We have seen the terrible things that can happen in a country as free as America; just imagine what can happen if we were less free. It should send a chill down everyone’s spine that our system of liberal democracy is being unraveled to the tune of a cheering crowd.

Protecting free enterprise is just as essential to our liberty and prosperity as our civil rights. We can argue over how high taxes should be, the extent of environmental regulations, and so on but there should be a consensus that economic freedom is essential. The freedom to operate a business, to conduct commerce, and to be protected from the arbitrary will of central planners and their cronies. Nationalizing industry and imposing crushing restrictions on our ability to earn a living is a recipe for stagnation and decay. There is a powerful correlation between economic freedom and prosperity, and economists like Deirdre McCloskey assert that modern prosperity was made possible because of the acceptance of ideas regarding private enterprise. It allowed more and more people to contribute to society and checked the power of competitors who wished to keep everyone else down.

Nobel laureate Friedrich Hayek maintained a pessimistic view of human nature much like my mother. His famous book, The Road to Serfdom, explains the tendency of the state to continually expand and the failure of centrally planned economies. This is because of the aforementioned truths about human nature and power. The reason why we need to stand firmly for economic freedom is that markets are the best tool we have to manage scarce resources. Markets give agency to the individual rather than the arbitrary will of a central planner who will never overcome human ignorance. This is the basis for the knowledge problem, which is the simple truth that all the information in society, whether it be how to run an efficient banking system or what everyone wants for lunch, can never be known by a single entity. That is why centrally managed economies always end in disaster.

Furthermore, markets act as a natural check on the human inclination to dominate and self-serve. When the state has a large role in the market via regulation or public ownership, we lose the innovation and competition that check the powers of entrenched interests, whether it’s corporations or labor unions. Britain learned this lesson when many of its industries were nationalized in the mid-20th century, which not only produced mismanagement and removed incentives to make progress but held the economy hostage. The economy only broke its stagnation when those industries were privatized. We see this to an even greater extent in Socialist countries where economic stagnation and decay reach horrifying levels.

Regardless of your political affiliation, there should be a consensus that if we seek economic prosperity, economic freedom is essential. We can argue about things on the margins such as taxes, spending, and regulation. However, in the end, we must understand that the government cannot run the economy. This fantasy has always been a dream of those who think they know better than others and those who wish to erect barriers to competition at the expense of everyone else. The market acts as a natural check on those who wish to do so.

Our system of individual rights and free markets is not perfect nor is it complete, but it is the best thing we have. Compared to all the other systems it is capable of producing the most prosperity for the most people. However, freedom, both civil and economic, is more than just a productive mechanism, it is a protective mechanism. It protects us from ourselves. Human beings are and always will be self-interested and power-hungry. History, and especially my family history, has shown us what happens when we lower our guard in favor of the tempting utopianism of big government. Liberty is always unfinished business and the cost is eternal vigilance, both public and private. We can certainly argue on the margins about how free we ought to be but the most important thing we need to all agree on is that we should be free. 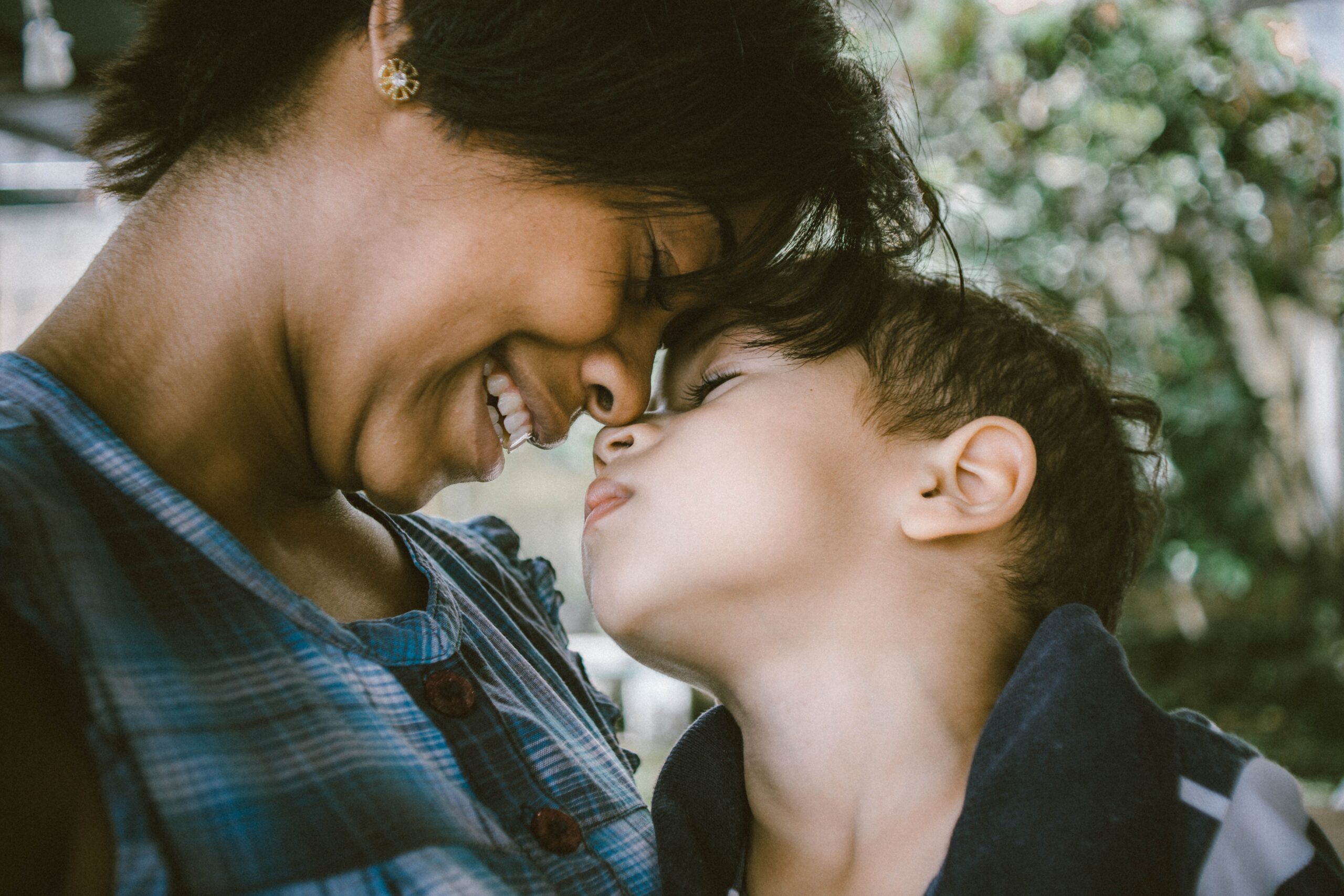