Skip to content
Gays are the latest victims of trannie cancel-culture intolerance. The BFD. Photoshop by Lushington Brady.

Some time back, I wrote that it was time for the Ls, Gs and Bs to ditch the Ts. Lesbian women and gay men are kidding themselves if they really think a bunch of vicious loonies in drag are really on their side. The transgender lobby are merely using the gay lobby to further their creepy, Orwellian agenda – and they’re quite prepared to throw them under the bus, faster than you can say “TERF”.

Women have already seen what it is like to be used and abused on the altar of “transgenderism”. Foolishly, instead of standing up for their sisters, the gay and lesbian lobby chose to take the side of the abusers.

The gays are next in line to be crushed under the high heels of a vicious lobby group of mentally-deluded bigots.

HIV/AIDS ravaged the gay community in the 80s. While not quite the death sentence it once was, it’s still a massive problem, especially for a younger generation of gay men who’ve become complacent about such basic issues as safe sex. So, promoting HIV awareness in a prominent gay men’s health and lifestyle magazine ought to be a no-brainer.

But not if the trannies have got their knickers in a twist, yet again.

We should be publishing Boyz this week. It was going to be our National HIV Testing Week issue[…]

This month’s cover was earmarked for the [Terrence Higgins Trust]. It booked a double-page advert, and the front cover and inside editorial was agreed. But then, out of the blue, THT advised there had been a change of plan and that it wouldn’t be advertising in Boyz. The UK’s biggest HIV and AIDS charity was for the first time not promoting National HIV Testing Week to the 55,000-strong readership of the longest-running gay men’s magazine in the country, even though many of those readers, especially younger gay men, remain in a high-risk group.

So what made a major British HIV/AIDS charity decide not to provide possibly life-saving information to young gay men?

The THT’s decision came six weeks after we had invited our followers on Twitter to watch a webinar by the LGB Alliance, a group that believes in biological sex rather than gender-based public policy. We were clear that people might not agree with the LGB Alliance, but for the purposes of community debate, why not hear it out?

Because the transgender lobby will do anything to avoid having to debate its patently absurd ideology. So, like any other bigoted, intolerant ideology, it simply calls out the stormtroopers.

A Twitterstorm erupted and the THT joined with the National AIDS Trust to condemn us. THT tweeted: ‘It is unacceptable to promote an organisation that questions trans equality. We are disappointed and deeply saddened by @BoyzMagazine.’ Later a senior executive at THT wrote to me describing the LGB Alliance as ‘extremely toxic’ and its position on trans issues as ‘quite appalling’[…]

Trans men and trans women rightly deserve and need sexual-health information from the THT and others, but it can’t be right that gay men’s health is put in jeopardy because a publicly funded charity chooses to start policing not only what views gay men might have, but also whether they are entitled to inform their views in the first place.

To be fair, many, if not most, transgender people aren’t behind this curb-stomping intolerance. Rather, it’s a tiny clique of deranged activists, many of them not even transgender themselves, who are determined to enforce their intolerant, anti-science, anti-reason, Queer Theory ideology, by any means necessary.

I have spoken to trans people who are appalled[…]

There are believed to be around 7,500 people in the UK currently living with HIV who are undiagnosed. Gay men who don’t know they have HIV are very vulnerable to coronavirus because of their weakened immune systems. This is why National HIV Testing Week is especially important this year[…]

It seems the leadership of the Terrence Higgins Trust considers itself to be so ‘on the right side of history’ that it is prepared to abdicate its duty to provide HIV-prevention information to gay men in order to look good in the eyes of so-called ‘progressives’.

For an activist group who endlessly bleat that having to defend their ideological garbage in open debate is “literally killing” them, the tranny activists clearly don’t give a damn about the health and welfare of anyone else.

Women, lesbians, children, have already been sacrificed on the bloody altar of “transgenderism”. Now, they’re sharpening their knives for the gay men.

Soon there won’t be anyone left but a bunch of emasculated men in dresses and teenage girls with mutilated bodies and permanently damaged health. 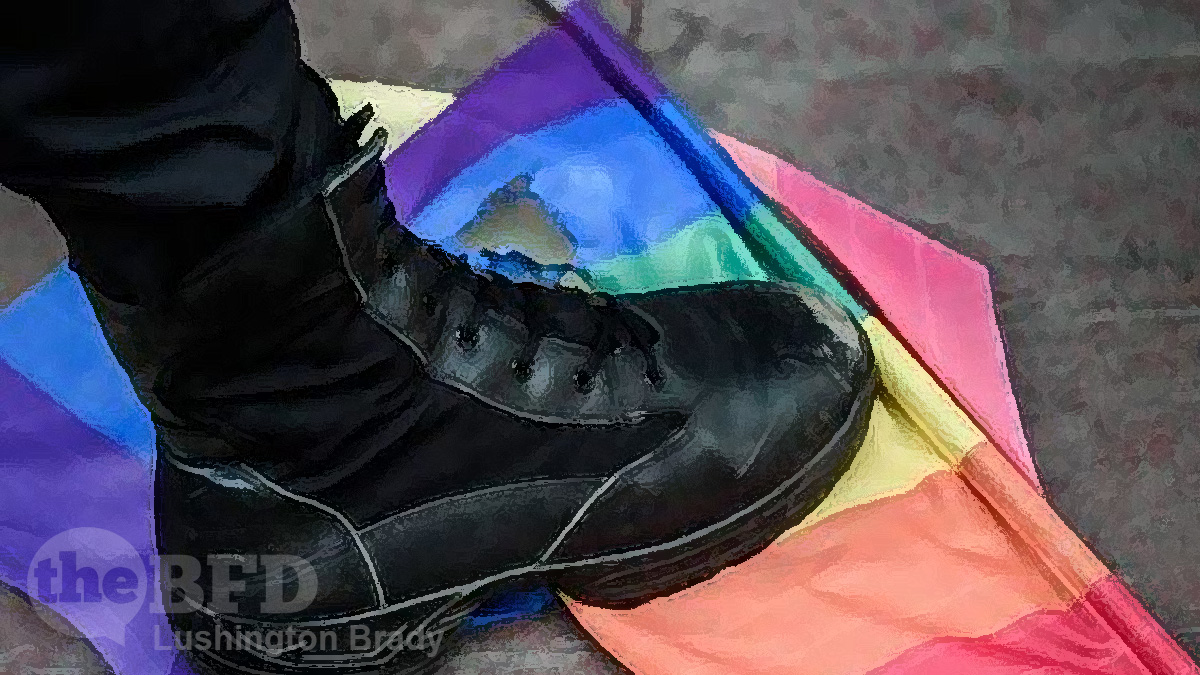