In China, North Korea and Russia they have state-controlled media which, as a result, are obliged to report only what is sanctioned by the State. New Zealand once had an independent media which would investigate events and report their findings without State intervention or censorship. Tragically, no longer. Our Government, prior to the last election, transferred in excess of $50,000,000 of taxpayer’s money to media outlets. The spin? Help through COVID-19.

The stench from this announcement is so putrid that even cast-iron nostrils would twitch. This is a flagrant protection racket. This government is influencing the media by fiscal manipulation. A classic example of this is TV One’s cockamamie, nonsensical beat-up regarding Air NZ and Saudi Arabia military contracts. It has been well exposed through our comments how hypocritical this issue is and, to prove a point, just how low down the food chain does TV One have to proceed to find outrage? Golriz Ghahraman, Parliament’s bottom feeder.

Of course, The BFD should be a shoo-in for a piece of the pie. It provides total scrutiny of all that stinks within the political landscape. Accurate assessment, in-depth analysis, investigative know-how and the very best in “public interest journalism”. We even have a creative way of expressing news: it’s called the unvarnished truth. Now there’s a novelty!

The biggest lie of them all? The funding is to “Support a healthy democracy by holding voices of influence to account”. This line was delivered by the voice of influence, Media Minister Kris Faafoi. Maybe what he’s trying to say is, “When the money turns up in your account, it’s your job to influence.” 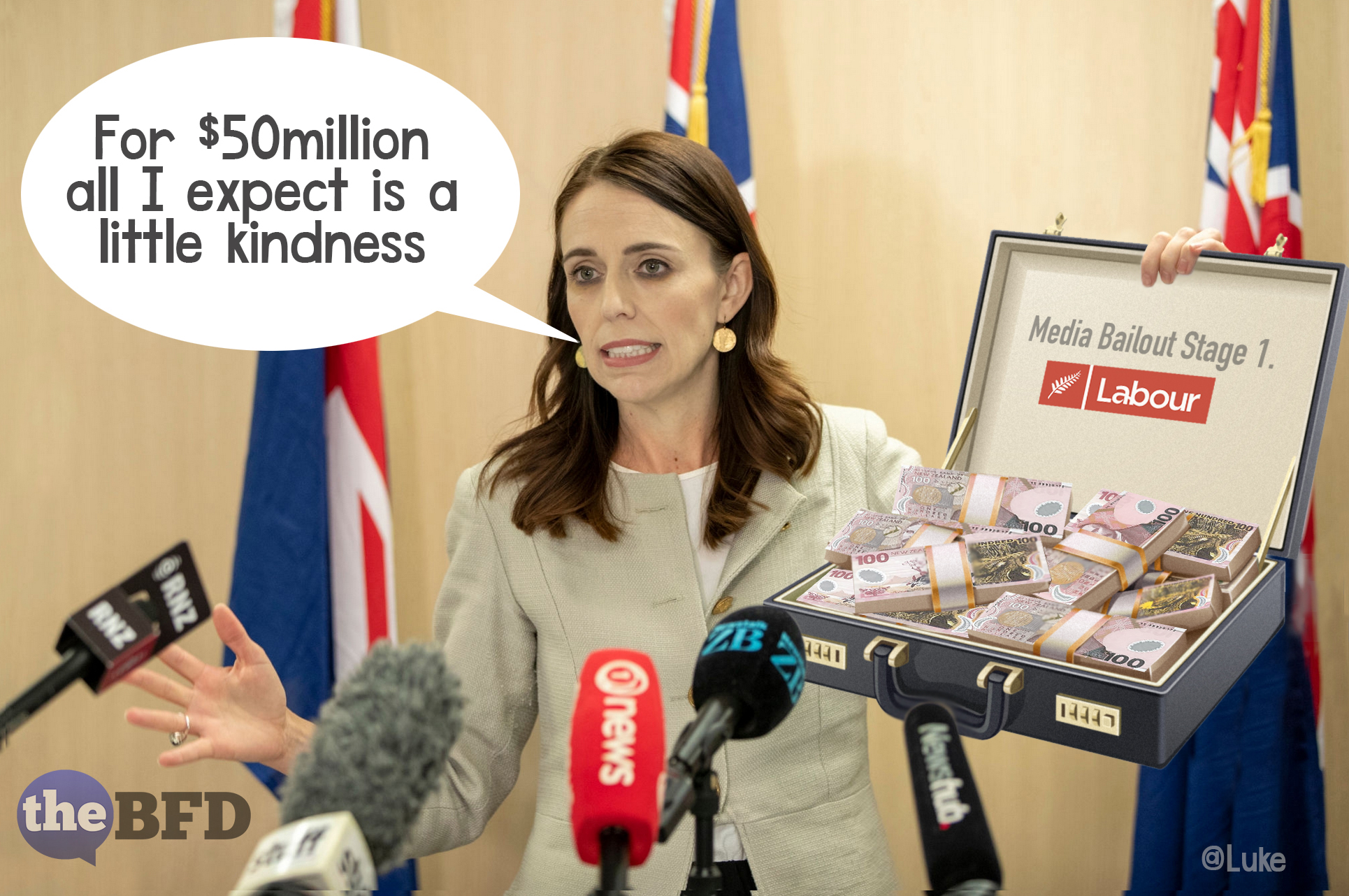 Centre-right, Act/National. Still undecided. Opposed to legislation which pigeonholes ethnicity, gender, political or faith-based groupings. A divided society is a sick society. The socialist's agenda... More by By George