Editor Update: A video has been added. Watch it quickly before Youtube takes it down. I was sent two video links and one has already been censored by Youtube. The people of Myanmar are trying to get the truth out and Youtube is assisting the Military coup by censoring footage of what is happening inside Myanmar. Let that sink in for one minute.

I have seen the tragic case of Mya Thwate Thwate Khaing, a 19–year–old grocery store worker reported as being seriously injured in the MSM, but not seen any follow-up.

Above is a memorial to her in downtown Yangon as she passed away a couple of days ago.

Above are photos of a fire set by arsonists in Thanlyin, Yangon. Exactly the same thing happened after the release of prisoners in 1988.

The monks are beginning to demonstrate their support for CDM. (Civil Disobedience Movement).

Troops being deployed in Yangon in readiness for the internet shut down starting at 1 am local time.

They are thought to be being positioned at the main offices of banks and major corporations in readiness to arrest striking workers who may be demonstrating outside the buildings in the morning.

Troops are out in force in Myitkyina, the capital of Kachin state.

Foreigners are only allowed to visit Mytkyina if they fly in. All roads and railways into the city are closed to foreigners. This is the normal situation for foreigners due to insurgent activity in Kachin state. Reports are coming in of about 30 rounds, 4 mortar rounds and tear gas being fired. 5 journalists have just been arrested in Mytkyina, 2 from 74 media, 1 from Mizzima media and 2 others.

The lights have just gone off in parts of Yangon and military vehicles have entered the yard of Yangon Children’s’ hospital and are threatening staff, instructing them not to join the demonstrations tomorrow.

However, with each reported incident, the determination of the people to continue their protests and strikes grow. The military hierarchy usually stands shoulder to shoulder, but reports are filtering out, particularly of dissent at mid-level ranks. The generals are well looked after financially, but the younger generation of officers are beginning to have doubts.

I have just heard that the military are getting in place to start huge raids in the early morning of the 15th. They have been gathering names of the main supporters of the Civil Disobedience Movement (CDM) and will be detaining them. The internet shutdown is to stop them from using it to gather support within Myanmar and get crowds out to defy the curfew and then transmit the images around the world.

Past 1am local time in #Myanmar & my inbox suddenly went eerily quiet after pinging almost non-stop with messages from citizens inside Myanmar. Just before internet shutdown reportedly from 1am-9am these were just some of the last few messages I received #whatishappeninginmyanmar pic.twitter.com/IqF4r3TlLE

If the strikes go ahead then they will further damage the economy, as will a continued internet shutdown. The people are prepared for any privations they may suffer from sanctions as the price they pay for freedom. The West don’t understand this, and the liberals say you can’t impose sanctions because they will hurt the population of Myanmar more than the generals. The people have been here before and they are willing to endure it to get democracy back.

The Generals are already sanctioned but the quick way to damage the generals is to put sanctions on Western companies who do business with the regime. So once PepsiCo, HSBC, Standard and Chartered and other major corporations begin to feel the pinch then the generals will be in trouble. As one of the leaders of the CDM has said “once you have had everything taken away you have nothing left to lose, so what can we lose by our actions?”

The situation should become clearer by tomorrow evening NZ time.

UPDATE: Two planes are on the way from Kunming to Yangon. They show on flight radar 24, but not on departure or arrival boards in Kunming or Yangon.

The internet is definitely down.

A total of 3 flights just as the internet is shutting down. 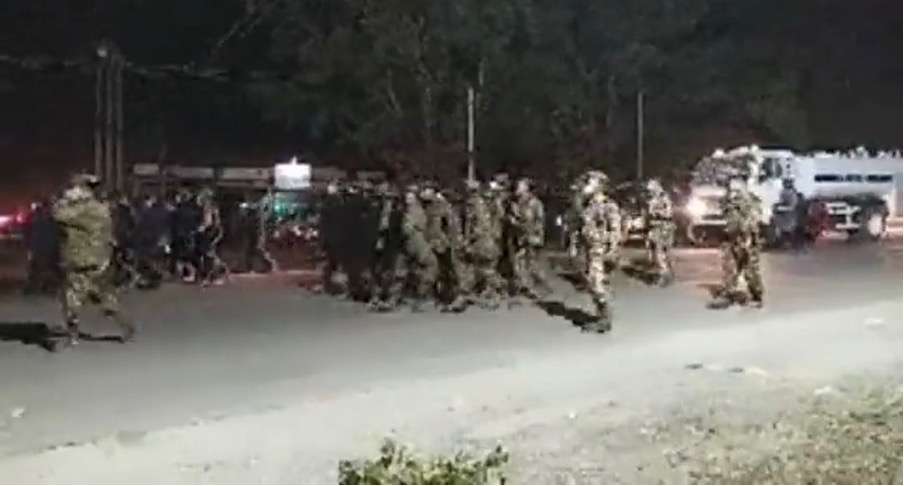