Skip to content
Governments like to boast about their COVID performance, but it's mostly dumb luck. The BFD. Photoshop by Lushington Brady.

A plane-load of passengers bound for Australia forced to disembark just before takeoff: it’s a humiliating bit of symbolism for New Zealand’s self-annointed “COVID Queen”. After repeatedly bragging about her supposedly world-leading performance in eliminating the Wuhan Plague, suddenly New Zealanders are being treated like lepers.

Australia yesterday slammed the border shut on Jacinda Ardern’s much-touted trans-Tasman travel bubble, in response to the return of community transmission in New Zealand. So Australia, run by a wicked conservative government, is trouncing the Land of Kindness in a way we could only dream of doing on the rugby pitch.

So does this mean that Australian governments (it should be remembered that, unlike New Zealand, Australia is a federation, where state governments exercise the bulk of governance over public health) are doing all the right things to manage the Chinese virus?

In a word: no. Australia’s pandemic performance lags well behind the true world-beaters, such as Taiwan. More to the point, we’ve done so relatively in spite of, not because of our governments’ actions.

In reality, we’ve been lucky. We have far less control over the virus than we think.

In the 1970s American psychologist Ellen Langer coined the term “illusion of control” to describe our misplaced sense of agency over our lives. When we succeed, we tend to think it’s mainly owing to our effort and skill rather than to chance or factors entirely beyond our control.

The pandemic has illustrated how deeply ingrained and pervasive the illusion is writ large.

Victorians, for instance, seem mostly utterly convinced that Premier Daniel Andrews acted swiftly and competently to reign in that state’s massive (by Australian standards) outbreak. Yet the clear evidence is that Andrews and his government were solely responsible for it.

“But look how they got it under control”, blither the #IStandWithDan robots. Which ignores a basic rule of logic: correlation does not equal causation.

The evidence from around the world is quite clear that masks and lockdowns don’t do a damn thing to control the virus (in fact, they may make it worse).

In reporting and analysis of the pandemic every outcome is ascribed variously to the genius or sins of government. Deaths and case counts are compared across nations with wildly different geographies, climates, populations, legal frameworks and starting points, with differences ascribed to “how they handled the virus”.

Chance, which governs so much in life, doesn’t rate a mention.

Jacinda Ardern’s humbling by the Australian government is just the latest of a domino series of COVID golden children toppled by inconvenient events. Last year, Greece was lauded in contrast to Turkey: today, it has nearly double the deaths per capita. Sweden, with its refusal to enforce dictatorial regulations, was blasted by comparison to Norway and Denmark. Yet, Denmark has since “lost control” of the virus.

It should be clear by now the virus doesn’t care much about policies.

But authoritarian governments and bureaucrats would rather die than admit mistakes. So, rather than admit that they were wrong all along to muzzle entire populations and place them under house arrest, they double down on what doesn’t work and never will. “Double masking” is the latest control-freak fad.

Dr Martin Lally, a New Zealand economist who has analysed the cost of “saving lives” from COVID in New Zealand and Australia, said he couldn’t find a statistical relationship between the stringency of a government’s measures and outcomes. Rather, a country’s population density and how many days had elapsed between its first death and Europe’s first death — in France on February 15 — had a much stronger relationship.

Dr Lally also noticed that island nations such as Iceland, Australia, Cyprus and various Caribbean countries had much lower death rates, regardless of their policies[…]

We want to believe our actions make a big difference, but that doesn’t make it true. Unfortunately, many of those actions are very costly for certain industries and businesses, and have required public borrowing on the scale of a world war.

But governments are driven to, not just the alluring temptation of total control, but by the innate need to be seen to be doing something, anything. Even if they were capable of seeing through the dense fog of their own delusions of omnipotence, no shuck-and-jive politician has the guts to say: “it’s out of our hands”. 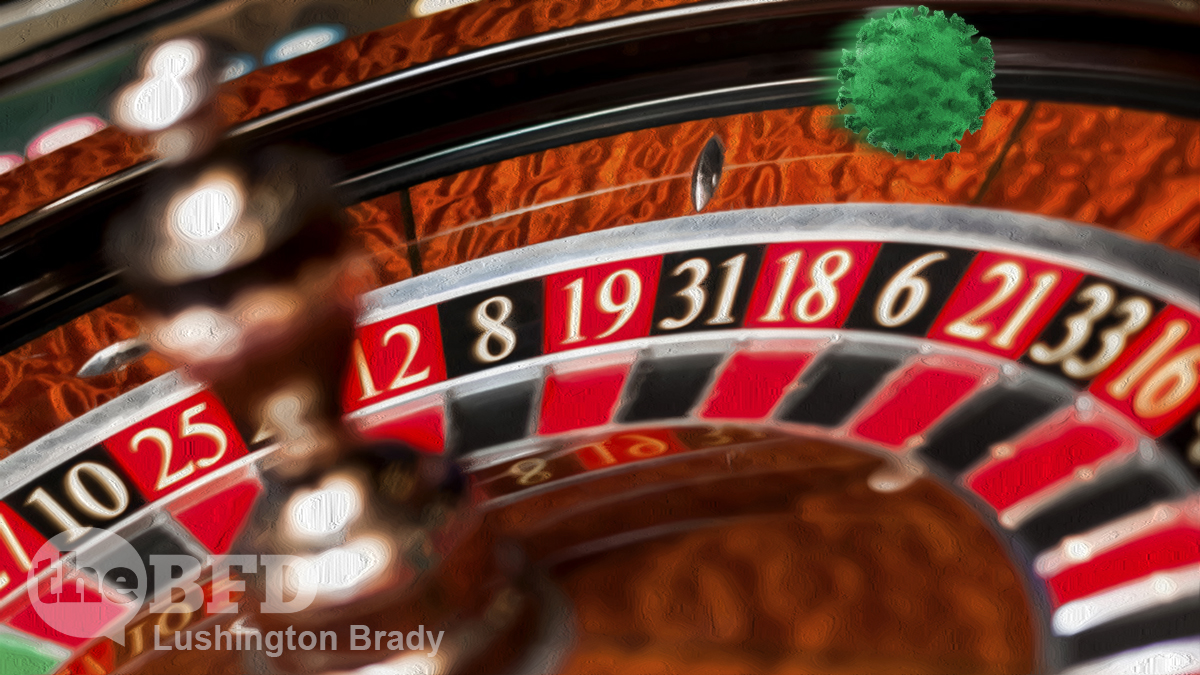