For a group who spend so much time prating about “kindness” and “inclusion”, few people beat the “progressive” left when it comes to bullying, exclusion and unhinged hate. Their Goldstein du jour may change on a whim, but whether it’s Donald Trump or J K Rowling, there’s nothing “progressives” love so much as a good, old Two Minutes Hate.

A recurrent Goldstein for the Australian left is tennis legend Margaret Court. Her recognition with Australia’s highest honour has sent the left careening off on a right old Two Minutes Hate – led by none other than “Dictator Dan” Andrews. But Court has returned serve with characteristic skill.

Tennis legend Margaret Court says she is praying for Daniel Andrews — and politicians like him — because their beliefs have skewed “so far left” they have lost touch with Australia’s values and forgotten that it is wrong to lie.

Orwell stated clearly that 1984 was an attempt to imagine Stalinism imposed on the West. He might well have foreseen the Victorian premier.

The Victorian Premier last week criticised the decision to award Ms Court the nation’s highest honour — the Companion of the Order of Australia — saying he did not consider her worthy of such a prestigious honour given her opposition to same-sex marriage and religious beliefs regarding homosexuality.

In other words, Court is guilty of Wrongthink. Goldstein’s “Brotherhood” in 1984 is the hated and persecuted ideological challenger of the Party. Nothing poses quite the challenge to leftist ideology as Christianity.

Goldstein and the Two Minutes Hate are also used to paper over the Party’s own failures. Andrews has the chutzpah to sanctimoniously declare that Court’s views “cost lives” – this from the premier whose own, disastrously failed policies directly led to nearly 1,000 deaths in Victoria.

These people have no shame.

Ms Court, 78, who compared receiving the award in Tuesday’s Australia Day honours with winning the tennis grand slam in 1970, said the attacks on her beliefs amounted to cheap political point-scoring and she was not prejudiced against any section of the community.

“I do pray for Daniel Andrews and those other premiers,” said Ms Court, who is leader of a Pentecostal church in Perth. “People like him, they think you just say that but, no, I do pray for them … because I feel they have gone so far left they’ve forgotten our traditional values and, you know, that it is wrong to lie.”

Unlike Andrews, Court and her church actually do genuinely good works to help others, not stroke their megalomaniac egos and line their pockets.

“The (political point-scoring) really saddens me because I don’t hold anything against anyone and the work we do (at my church), we’re there to help everyone. Our community services have been open throughout the pandemic.

“We work with everyone in the community and I really enjoy that. But the people who use me for political point-scoring don’t want to know about any of that.”

Andrews, like most of the left, seems incapable of understanding the virtue of Christian charity. That disagreeing with people does not mean that you must hate them.

Even though Ms Court has already been appointed an Officer of the Order of Australia, the second-highest award in the honours system, she compared receiving her AC to her greatest sporting accomplishment: her grand slam.

Margaret Court will be remembered and honoured long after Daniel Andrews has been relegated to the same tier of political hell as Tommy Bent. 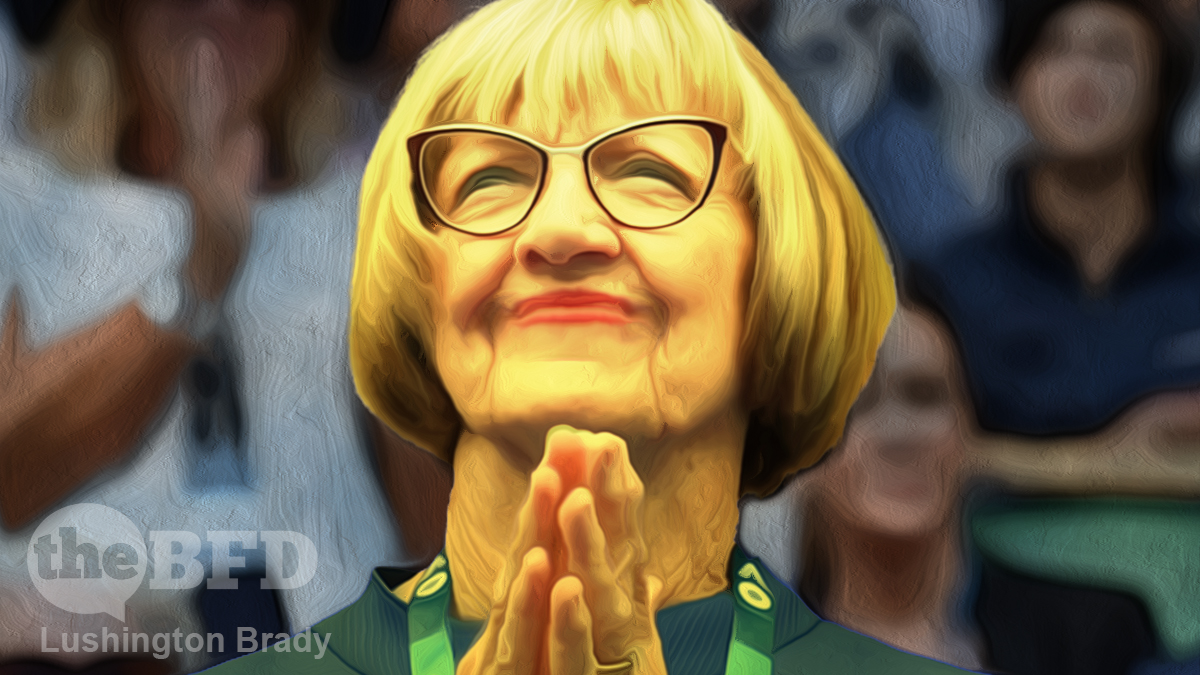