A future MSM Headline, coming to a media outlet near you and soon.

The Government has decided to proceed with a drastic plan to reduce livestock numbers by 33% over the next three years in an effort to meet the country’s emissions targets. All dairy herds, beef herds and sheep flocks will be affected. Farmers will have to slaughter a third of their animals and sign up to not increasing numbers in the future.

The effects on farming families, rural communities and our exports will be devastating”. [* Fictional excerpt]

I can hear you say, “nobody in their right mind would suggest something like this”. The problem is ‘they’ are not in their right mind.  The religious zealots of the climate change faith are beyond “right-mindedness”. They consider the planet doomed, all life immolated in 12 years, runaway weather extremes, the earth on fire and everything more outlandish and bizarre.

Culling part of the national herd is being seriously considered. Members of our own scientific community are raising the option as their other efforts to reduce methane are failing to produce any useful changes. Taxpayers are forking out over $100 million to try and produce methane-free cows and turn seaweed into cattle tucker.  Gains are marginal. But it is “too little, too late” according to the extremists.

The pressure is on our politicians to come up with GreenHouse Gas (GHG) reductions. We are the world’s laggards, even shunned from international talkfests because we cannot cut our methane levels. Minister James Shaw is having nightmares about being out of step. He would dearly love to be the ‘Greta Thunberg of politics’ receiving adulation for his exploits.

But pesky farting and burping cows stand in his way.

Anyone who thinks that reducing the country’s livestock by a third is somehow going to make a difference to world temperatures is clearly devoid of any common sense.

In the meantime our economy collapses.  No tourists and now the possibility of vastly reduced exports, slashed incomes, corporate collapses, ruined communities, families hurt and an increase in stress and suicide.

And all of that presumes methane is actually impacting temperatures. The theory of climate change is predicated on GHGs interacting with heat re-radiated from the earth and slowing down that heat as it ascends back into space. What is almost always overlooked is that the most dominant GHG is water vapour. For every methane molecule above New Zealand there are 5,000 to 10,000 molecules of water vapour all capable of capturing that infra-red photon. No amount of baying about the strength of methane will convince a logic thinker that it stands much of a chance at beating water vapour. Even doubling methane emissions cannot make a snowball’s chance in Hades difference either.

So the effect of decimating our herds and flocks by a third simply can never be measured or make any perceptible difference to temperature. It is sheer madness.

It would only be a piece of virtue signalling.  A vanity show.  Appeasement.

But what a price to pay.

New Zealanders need to wake up to what is on the menu. It is time for control to be wrested from the zealots before they drive us into the bog of bankruptcy and ruin. 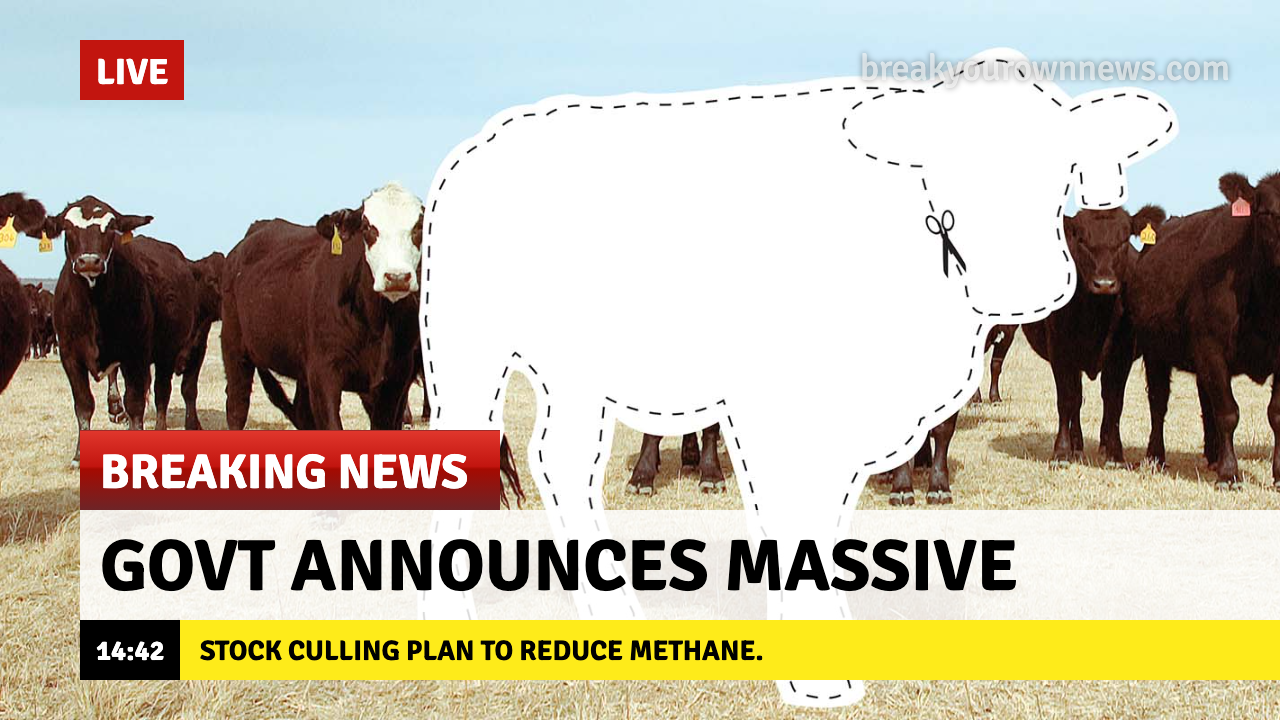