When Kiwi actor Sam Neill starred in an Australian ad promoting the benefits of eating meat, specifically that meat eating is what boosted our species up the evolutionary tree, it caused quite a stir in ‘progressive’ circles.

That doesn’t mean that he – or his scriptwriters, anyway – were wrong. In fact, the scientific evidence is indeed that it was meat that made us human.

There is evidence concerning what our australopithecine ancestors ate when they left other primates and emerged out of the trees of ancient rainforests, venturing out into the surrounding savannahs some few million years ago. That increasingly important new sustenance to their diet was meat.

The clues are found in isotopic traces of the percentage of variants of carbon that plants utilize as they break down atmospheric carbon dioxide through photosynthesis. Most plants, including the foliage of the rainforest, turn carbon dioxide and water into sugars through the pathway known as C3. Tropical savannah grasses, however, use C4 pathways.

This difference in how C4 grasses metabolize CO2 leaves a tell-tale abundance of an isotope of carbon — carbon 13 — in the teeth and bones of ancient skeletons of animals that graze upon it. And, it’s certain our primordial forebears weren’t chewing on grasses like antelope, but rather eating the antelope, and thereby acquiring the chemical signature in their remains.

Chowing down on some herbivores didn’t just provide a plentiful source of food on the hoof, it fundamentally altered our ancestors’ brains.

More primitive species of purely tree-dwelling australopiths not only made do on an almost exclusively vegetarian diet but with ape-sized brains as well — roughly 400 cubic centimeters. Yet even the earliest species of savannah-roaming Homo habilis two million years ago possessed a brain already twice that size, and by half a million years later hominid brain size had burgeoned to between 1,000 and 1,200 cubic centimeters, the explosion in brain mass fueled in great part by the sea change in diet.

Hominids don’t have a lot going for them in a tooth-and-claw competition, except for one very important advantage: big, smart brains.

There is of course nothing in existence like the human brain, but powering it is no small feat. It’s a greedy organ, sapping more than 20% of the entire energy that the human body requires. Paleoanthropologists agree that our big-brained ancestors probably could never have taken their first steps toward evolving into Homo sapiens without a diet far richer in the nutrients required for higher-powered brain functions, specifically animal proteins and fats.

So, what does that mean for the new vogue for vegetarianism and veganism?

A purely vegan diet can lead to deficiencies in vitamins D and B-12, calcium, omega-3 fatty acids, protein and zinc. Iron, too, is another absolutely indispensable element without which no lifeform, from bacteria and plants to all animals and humans, can exist, much less thrive.

Heme iron, derived from the blood and flesh of dietary meat sources is far more easily, quickly and thoroughly absorbed by the human body than the non-heme iron found in plants. Iron-deficiency anemia can be a serious problem.

Hal Herzog, one of the saner animal activists, has noted that the majority of people who experiment with vegetarianism and veganism revert to meat-eating in some degree. The reason? Health.

And it may not be just the body that suffers when all meat, fish, poultry and dairy are removed from the diet. A very recent study published in April, 2000 in the scholarly journal “Critical Reviews in Food Science and Nutrition” suggests that the mind may not do too well either. Researchers found “clear evidence” that those abstaining from meat ran the risk of higher incidences of anxiety, depression, stress, self-harm and mood disorders.

The most obvious evidence of that is the swivel-eyed nutbaggery of so many vegans (I do know some sensible, smart ones, it must be added).

There’s certainly nothing remotely normal in wild-eyed demonstrators chaining themselves to meat counters to prevent shoppers from accessing butchers’ products in supermarkets or invading restaurants to demand that diners be made aware of the supposed name of the chicken having wound up on the menu.

It may just be that such agitated activists simply need a nice steak or a juicy hamburger to put things right and calm them down. 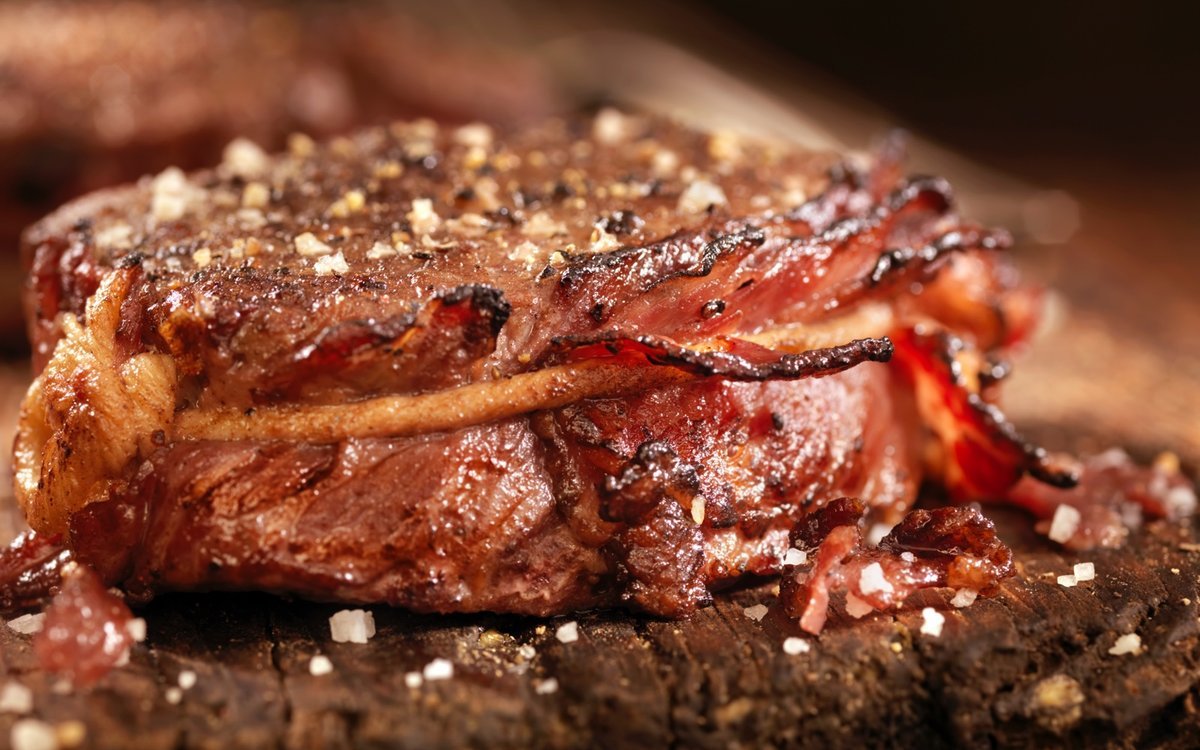