Muslin, the fine handwoven cotton fabric that originated in Dhaka, the capital of Bangladesh, is now set for a revival.

The fabric, produced from a variant of the cotton plant grown only in the area south of Dhaka, has a long history. Produced since pre-colonial times and especially favoured by the Mughal court, it was imported into Europe for much of the 17th and early 18th-centuries and was highly prized for its fine quality. The Bengali muslin industry, however, was eventually suppressed by the British colonial rulers in favour of machine-spun British textiles, and both the strain of cotton and knowledge of the intricate and arduous techniques used to produce the exquisite fabric slowly disappeared.

Bangladesh has applied for Geographical Indication (GI) of muslin, a designation that would protect it as a unique product of the country. This follows several efforts over the past decade to revive the original handwoven muslin products. On October 2014, Prime Minister Sheikh Hasina instructed officials at the Textile Ministry to work on reviving muslin, and the government undertook a project “Restoring the technology of creating muslin clothing to create golden yarn and reviving muslin production“, which involved several Bangladeshi researchers.

Muslin (also known in Bangladesh as mulmul) was hand-woven of finest handspun cotton yarns. The texture was so fine that the body of the wearer was visible through it; some varieties of Muslin were so thin and fine that an entire muslin saree made of such fabric could fit inside a single matchbox.

Yuan Chwang, a Chinese Buddhist monk and traveller, came across the fabric while visiting India in 629 and wrote ‘The cloth is like the light vapours of dawn’.

On Facebook, Tareq Aziz writes about the fame and decline of handwoven muslin fabrics in Dhaka, the capital of Bangladesh:

It was June of 1763. A British ship named “the Fox” departed from Bengal, India and arrived in England. The ship carried a wide range of products for sale in various markets in Europe, including a wide range of assorted textiles. And the lion’s share of these assorted garments belonged to a kind of garment called muslin (mulmul). [..] This fabric was one of the best creations of the famous muslin artisans of Dhaka. [..] Throughout the 18th century, hundreds of such ships transported from Bengal muslins worth millions of Indian Rupees.

In the second half of the 18th century, the sale of muslin in the Mughal Empire declined, but the European market was still thriving. Unfortunately, the industrial revolution in Britain in 1780 destroyed all hopes of the muslin weavers.

England imposed 60-70% tax on muslins imported from Dhaka. [..] There was a lot of propaganda about muslin and various caricatures were printed in the newspapers insulting muslin. Not only that, it is said that the local English merchants also cut off the fingers of the artisans so that the native weavers could not teach the next generation the technique of weaving muslin.

Thus, the muslin industry of Dhaka became extinct in the middle of the 19th century due to the British colonial rulers.

At present, the word “muslin” refers to almost any lightweight, gauzy, cotton fabric. These are usually machine-made and are used for various purposes, such as in cheese-making and, on the Indian sub-continent, making garments such as sarees.

The search for lost knowledge

Bangladeshis learn about the original and legendary muslin fabrics from schoolbooks and history texts, and perhaps also from the display of muslin products at the Bangladesh National Museum. Knowledge of both the cotton plant variant and the ancient techniques used to make genuine muslin, however, were largely lost, so the fabric could no longer be produced.

In 2014, a small team affiliated with Drik Picture Library, a Dhaka nonprofit led by internationally renowned photographer Shahidul Alam, extensively researched the origins of muslin with the assistance of curators, weavers and artisans. Their research culminated in the publishing of the book “Muslin: Our Story” and the staging of the first Muslin Festival on February 6, 2016. The festival showcased the history of the cloth and featured workshops and film presentations, and inspired renewed interest in reviving the legendary textile.

The first challenge was to find the right sample of muslin; the second was to find the right yarn. The government project team placed advertisements in newspapers seeking samples of old muslin from Bangladeshi museums and collectors, but the ones obtained were not of original and traditional muslin. A four-member team traveled to London in 2017 to collect a saree woven in 1710 from the Victoria and Albert Museum.

A seven-member team headed by the chairman of Bangladesh Handloom Board, meanwhile, embarked on a mission to find out about the yarn that was traditionally used to weave muslin, according to a report published in the popular daily Prothom Alo.

The quest for the original plant

Swedish botanist Carolus Linnaeus noted in his book Species Plantarum, (1753) that the variety of cotton used to make muslin was phuti karpas, a variety of Gossypium arboreum.

The researchers circulated a drawing of the phuti karpas plant in national dailies and newspapers in the hope of finding a match. They also collected other varieties of cotton from several areas in the country in order to test whether any of them was a genetic match to the cotton from the saree from the Victoria and Albert museum. The team did find one that was a close match and cultivated the plant in the fields of the botany department of Rajshahi University.

They also located two weavers with ancestral knowledge, who were able to weave a muslin saree following the design of the saree from 1710. They produced six initial samples of sarees; the cost of each length of fabric was estimated to be BDT360,000 (US$4,245).

#Muslin is reborn. Gratitude to the Chief Scientist #MonzurHossain sir & his fellow scientists whose hardwork has made Muslin back. It has recognized as the 4th GI product from Bangladesh. Bringing Muslin back was a stubborn desire of Hon'ble PM Sheikh Hasina from the yr of 2014. pic.twitter.com/yGsFD6JBvT

After 170 years, the scientists and researchers have been able to give rebirth to the Dhakai Muslin. Muslin has not only been a type of fabric for the bengali people, but also a part of the rich heritage that was long lost in the hand of British exploitation. pic.twitter.com/yfbaotRIHA

Muslin fabric made from the original strain of cotton is supposed to be made commercially available within the next two years. 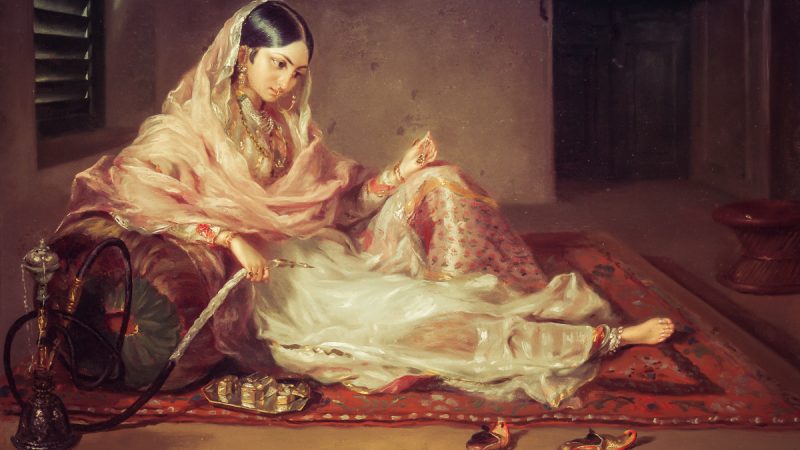