Skip to content
President Joe Biden. You will wear a mask! Image credit The BFD.

One of Joe Biden‘s first executive orders (remember when they were anti-democratic?) was to mandate mask-wearing on Federal property. Straight away he has broken a promise to “listen to science” as there is no evidence that mask-wearing works at stopping the CCP Virus.

But even more hilarious is, just hours after signing the Executive Order, he was breaking his own mandate:

President Joe Biden appeared at the White House Thursday without a mask, despite his order to require mask-wearing on federal property.

“The masks have become a partisan issue, unfortunately,” Biden repeated, urging Americans to “mask up” for the next 100 days as his administration continued to battle the coronavirus pandemic.

Except for him of course.

Biden entered the State Dining room with a mask but removed it as he spoke for several minutes. He even coughed into his hand during the speech. After the speech, Biden moved to a small table where he signed several executive orders to combat the coronavirus, but he did not wear his mask as he spoke to the press.

And it wasn’t the only time either:

Biden also received criticism for appearing Wednesday evening at the Lincoln Memorial without a mask, despite issuing a mask mandate on federal property hours earlier.

During his speech, Biden again called wearing a mask a “patriotic act” and the “single best thing we can do” to help stop the spread of the virus.

He also reminded Americans that he had signed a mask mandate.

“Yesterday, I signed an executive action that requires masks and social distancing on federal property,” he said.

Typical socialist weasel. Rules are for thee, not me.

The man is so bewildered he doesn’t know whether he is Arthur or Martha.

One thing is for certain, the man is a gold plated, entitled hypocrite. 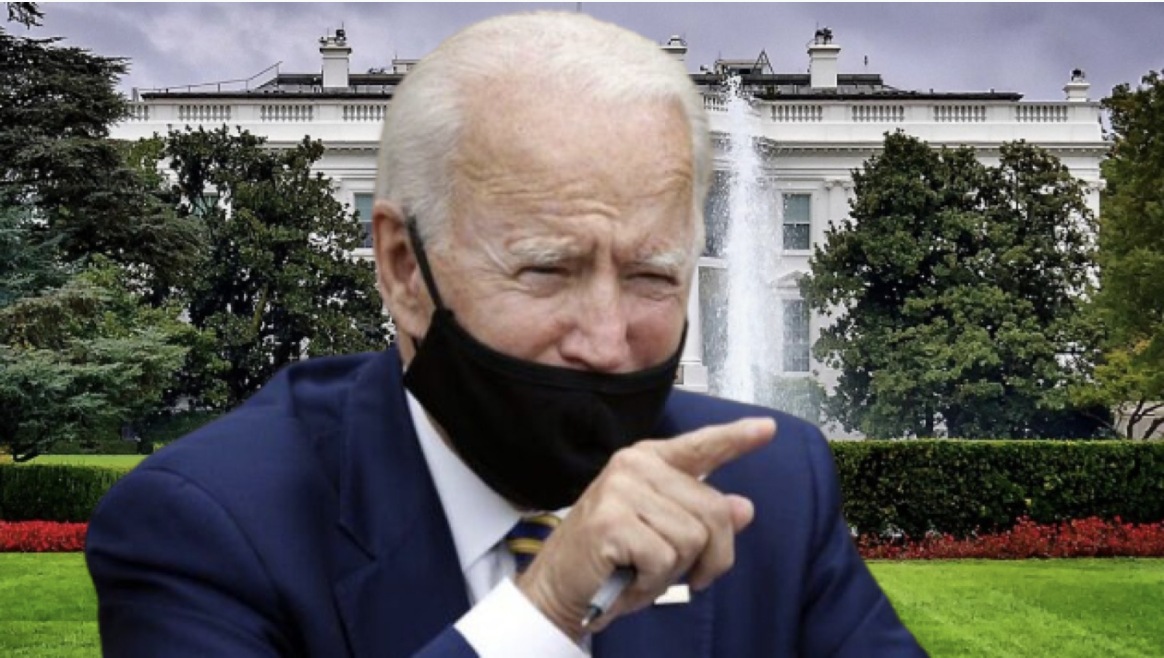