Yet another bent copper has been before the courts for serious dishonesty offences. Police poster-girl Melissa-Mae Ruru has been found guilty of defeating the justice system:

A Rotorua policewoman and a champion boxer found guilty of cheating the justice system have been sentenced to home detention.

Melissa-Mae Ruru, 36, and Tyson Sykes, 33, were found guilty in a jury trial last year of defeating the course of justice by submitting false community work records that gave Sykes an “easy ride” to complete a court-ordered sentence.

Ruru was also found guilty of two separate forgery charges after the then detective constable signed Sykes’ signature on community work forms and an Olympic form.

Ruru, who has resigned as a police officer since being convicted, was sentenced today

Despite the constant parade of bent coppers before the courts, licensed firearms owners are constantly being told that Police are best suited to operate and maintain the Arms Register they are hankering for.

Yet the evidence before us suggests they are amongst the least suited for the role.

Their offending came to light after police searched Sykes’ Steeles Lane home in 2018 finding cannabis, a firearm and ammunition. Sykes was sentenced separately on those charges. Police took Sykes’ phone and discovered hundreds of damning Facebook messages revealing his offending with Ruru.

The messages included statements from Ruru such as: “Hey if probation asks, you did six hours on Saturday” and asking Sykes if he was attending boxing fights to “just show your face” so she could put him down for community work hours.

Forgery charges stemmed from messages such as: “If anyone rings, you just signed this form in front of me, it’s an athlete agreement form. Just say you signed the form.” She then sent a photo of the signed form, to which he replied: “Ok mate, I trust you”.

Regarding community work records, she messaged him: “I’m just going to sign them for you if that’s sweet”, with Sykes replying “Sing (sic) away … “.

So they were juking the system. Precisely the sort of behaviour that gives LFOs kittens when considering all the private information a gun register would hold.

Worse still, this bent copper was a poster girl for the Police.

The convictions were a fall from grace for Ruru who was a national and regional sporting representative in several codes and was named the Police Sportsperson of the Year in 2012.

She was also considered a police “poster girl”, fronting police media campaigns and appearing on television series Women in Blue.

The Judge is clearly a dud as well:

Judge Phillip Cooper said Ruru had not undermined the police as her actions were outside of her police role. However, he said given her role as a police officer, there was a breach of trust.

The Police should not be in charge of a gun register as the constant parade of bent coppers before the courts suggests that they have a systemic dishonesty problem. 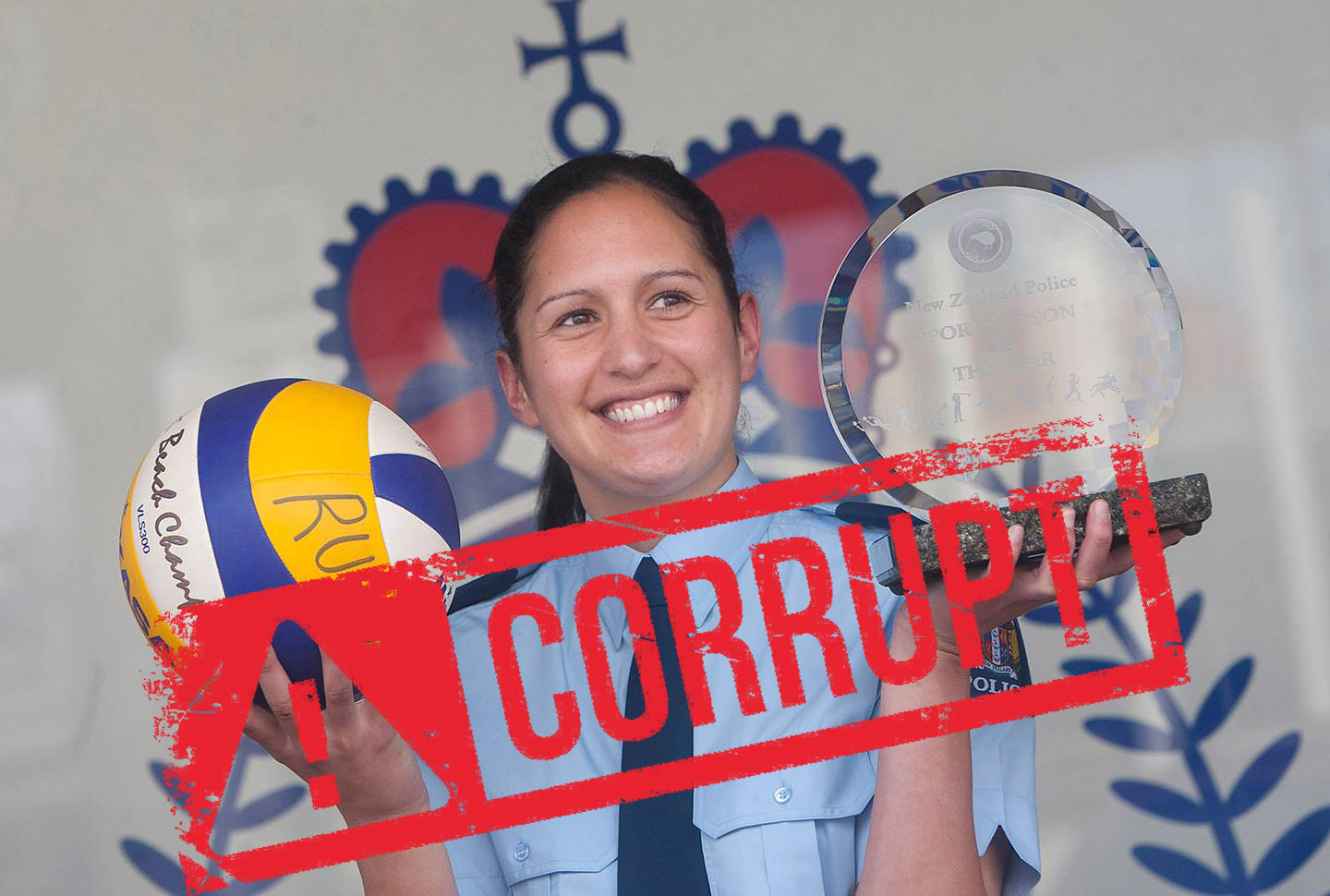