Nancy Pelosi and her fellow Democrats may have got what they wanted, but they’ve further divided the country and made impeachment meaningless.

We’ve said it before, but it bears repeating: The Left destroys everything it touches. It’s true. You name it, and, as Dennis Prager astutely observes, the Left has likely ruined it: religion, free speech, literature, the arts, sports, even late-night TV.

Today, we can add the once serious and somber institution of presidential impeachment to the list.

Yes, thanks to Nancy Pelosi and her fellow Democrats, impeachment is now a joke, a mockery, a rimshot. Twice within a four-year term — a little over one year, really — the Democrats have used raw political power to impeach a president they hate on historically dubious grounds.

Perhaps Republicans, if they regain the House in 2022, will go for three against President Joe Biden. And if they do, who can blame them? Heck, Marjorie Taylor Greene won’t wait that long. The Georgia congresswoman promises to introduce articles of impeachment against Biden on January 21, before he’s hardly even unpacked his desk.

The article of impeachment against President Donald Trump was for the high crime and misdemeanor of “incitement of insurrection” that Trump ostensibly committed by “willfully inciting violence against the government of the United States.”

It was striking, though, that throughout yesterday’s speechmaking, Republicans repeatedly invoked Trump’s own words in his defense, while Democrats avoided them. “I know that everyone here will soon be marching over to the Capitol building to peacefully and patriotically make your voices heard,” Trump said last Wednesday just prior to the mayhem at the Capitol.

Yes, it was a riot. No, Sandy Cortez, you didn’t come close to “nearly half of the House dying on Wednesday.”

Representative Tom McClintock, who only seems like the last Republican left in California, stood out yesterday as a thoughtful critic of the impeachment exercise. His four-minute speech is worth watching:

“If we impeached every politician who gave a fiery speech to a crowd of partisans,” he said, “this Capitol would be deserted. That’s what the president did. That is all he did. He specifically told the crowd to protest peacefully and patriotically, and the vast majority of them did. … Suppressing free speech is not the answer. Holding rioters accountable for their actions is the answer. And we are. And if we prosecuted BLM and antifa rioters across the country with the same determination these last six months, this incident may not have happened at all.”

McClintock then trained his sights on the process itself: “Short of declaring war, the power of impeachment is the most solemn and consequential act that Congress can take. To use it in this manner — in the heat of the moment, with no hearings, no due process, many members phoning in their votes after a hastily called debate, exactly one week before a new president is to take office — trivializes this power to the point of caricature.”

This second impeachment of President Trump may not go any further. After all, Nancy Pelosi got what she wanted, and Senate Majority Leader Mitch McConnell told Republican colleagues Wednesday that the proceedings will not begin until after Joe Biden’s inauguration.

As silly as it sounds in our current climate, there’s also a constitutional issue here. As Michael Luttig, a Fourth Circuit Court of Appeals judge and one-time Supreme Court short-lister, pointed out in a Washington Post op-ed, “It appears that even if the House of Representatives impeaches President Trump this week [as it did], the Senate trial on that impeachment will not begin until after Trump has left office and President-Elect Biden has become president on Jan. 20. That Senate trial would be unconstitutional.”

As for the political fallout, 10 House Republicans voted to impeach this time (not a single Republican House member voted to do so the first time), and it’ll be interesting to see if they survive politically. Liz Cheney, the sharp and tough daughter of the former vice president and the GOP’s third-ranking member, was one of the 10. Time will tell if she remains Republican conference chair, but it’s hard to see how she does. The Republican vote was 197-10. That makes her by definition an extremist. And, as some of her House colleagues have already noted, the party can’t be led by an extremist — especially an extremist on the side of capitulation. Put another way: On the issue of impeachment, Cheney and her nine colleagues decided they had more in common with Nancy Pelosi, Adam Schiff, and Maxine Waters than they did with Jim Jordan, Devin Nunes, and the rest of their fellow Republicans.

“There has never been a greater betrayal by a president of the United States of his office and his oath to the Constitution,” Cheney said. Really? Never? Not even when Barack Obama unleashed the IRS and other federal agencies on American citizens whom he deemed were his political enemies? Or when he used our nation’s intelligence services to spy on his presidential successor?

Ultimately, if we’re to believe the polling, Impeachment 2.0 was a big waste of time and money. Only 23% of those polled by the McLaughlin Group favored impeaching the president, while 77% said Congress should instead be working on our nation’s coronavirus response.

So much for Congress listening to the will of the people. 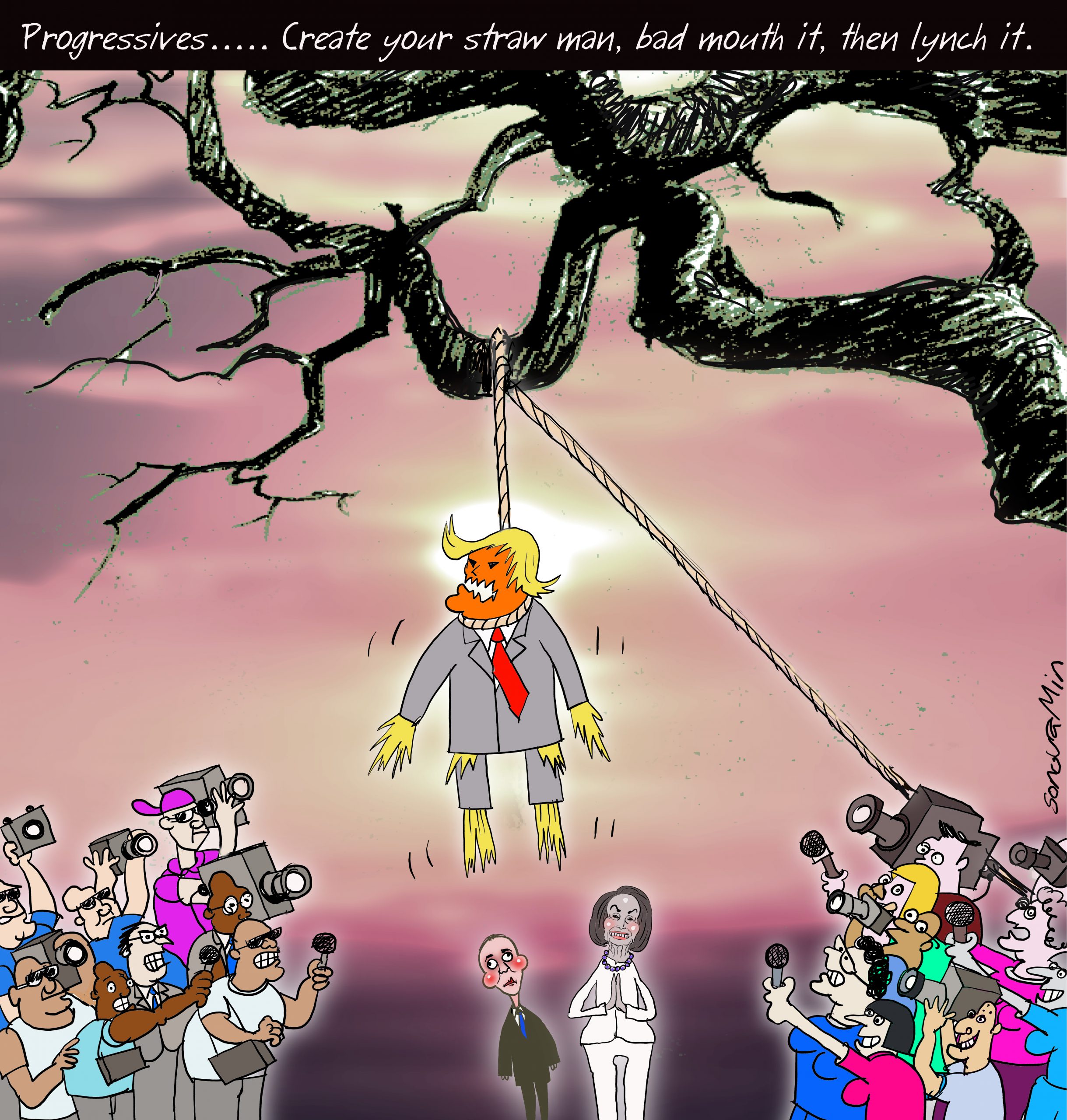