Skip to content
Kristen Clarke is as dumb and racist as the most looney Klansman. The BFD. Photoshop by Lushington Brady.

The Democrats love to big-note themselves as the party of “science” and “anti-racism” – which makes it doubly odd that one of Biden’s first cabinet picks is a scientifically-illiterate racist.

Of course, the “party of science” claim is easily disproven by facts: Republican administrations have always had bigger science and technology budgets than Democrats – in fact, research has shown that, on average, a Democrat president means $6 billion less spent on science. The opposite is true of Republicans.

The Democrats’ scientific dunderheadedness also shows in its unequivocal belief in such anti-science garbage as “gender theory”. To that we can now add Democrats’ new enthusiasm for old-fashioned racial hygiene.

Fox News host Tucker Carlson broke a story on Monday night about controversial past comments about race science made by the woman that President-elect Joe Biden has nominated to be the head of the civil rights division.

“Kristen Clarke is Joe Biden’s pick to run the Justice Department’s enormously powerful civil rights division. Clarke says her job is simple, it’s to end hate,” Carlson said. “But like so many in her world, Clarke is in fact an enthusiastic purveyor of what she claims to fight.”

Here are Clarke’s own words detailing the kind of racist garbage she touts as “scientific”.

At the core of the human brain is the ‘locus coeruleus,’ which is a structure that is Black, because it contains large amounts of neuro-melanin which is essential for its operation.

More importantly, the locus coeruleus is located, not at the “core” of the brain, but on the brain-stem: the site of our most primitive functions. That’s because the locus coeruleus’ main function is to help regulate responses to stress or panic by synthesising norepinephrine, or noradrenaline.

Nor is neuro-melanin the same chemical as the melanin responsible for black skin.

So, strike one for Clarke being a racist idiot.

Some scientists have revealed that most whites are unable to produce melanin because their pineal glands are often calcified or non-functioning.

Because, it appears, she is a stupid, scientifically-illiterate racist. Her “science” makes about as much sense as a Nazi Gauleiter ranting about “racial hygiene”.

No, this isn’t an editorial from the Final Call, Louis Farrakhan’s free newspaper. It’s a direct quote from the person Joe Biden is about to put in charge of our country’s civil rights laws. Even at Harvard, crackpot theories like this were considered deranged and dangerous. After an outcry on campus, Kristen Clarke suggested that she didn’t ‘necessarily’ believe what she had written. The Harvard Crimson, a left-wing paper, did not buy that explanation. ‘Well does she or doesn’t she?’ wrote the editors. ‘So far, she has given us every indication that she does.’

In a sane country, someone like Kristen Clarke would be under investigation by the civil rights division, not running it.

Well, there’s your answer: an America run by the Biden/Harris Democrats is not a sane country. It’s a corrupt, mad country, run by corrupt, mad racists.

And scientific racism is as stupid and odious today as it was in the 1920s, regardless of whether its purveyor is White or Black. 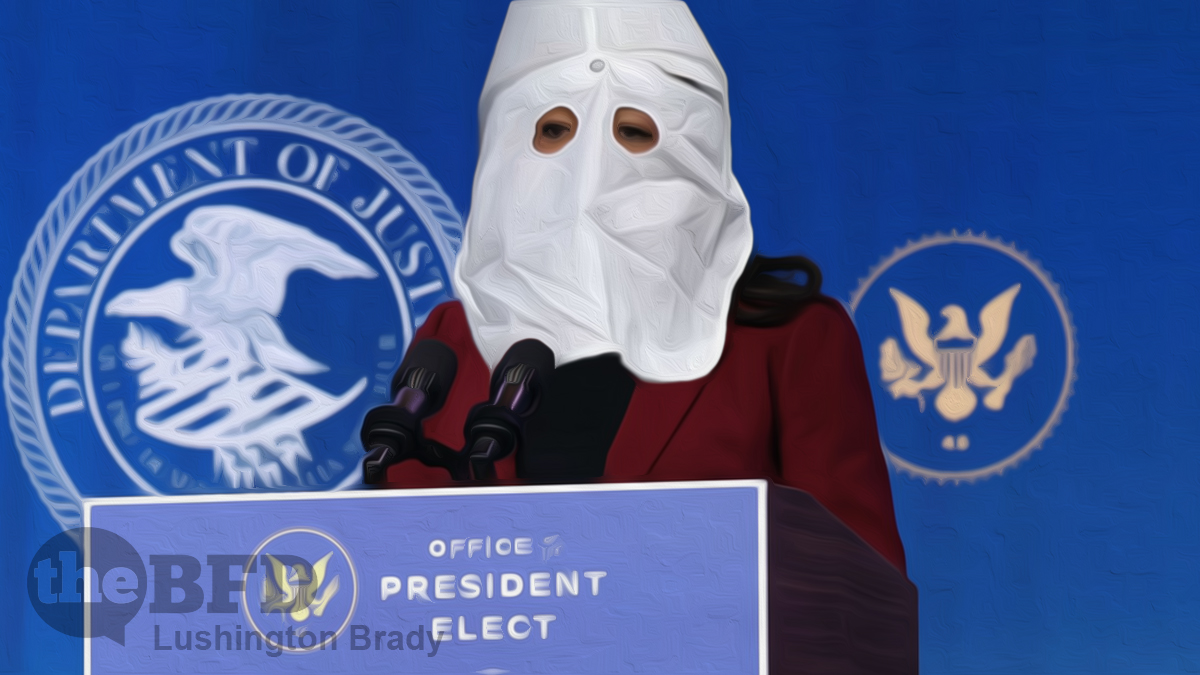