Classier than a sausage sizzle.

Seared Sesame Tuna the red meat from the deep.

Pan-seared Tuna coated in Sesame seeds. Another delicacy which is easy to prepare, both tasty and stunningly presentable. Seared Tuna is generally associated with Japanese cuisine. The Sesame coating and accompanying Wasabi Mayonnaise sauce confirms that the presentation does have a unique Japanese persona.

A number of varieties of Tuna fish ply the Mediterranean including the Yellow Fin and Blue Fin Tuna. The Blue Fin which grows to 250-300 kg spawns in the Med. but spends most of its adult life swimming around in the Atlantic ocean. Juvenile Blue and Yellow Fin Tuna are captured in the Atlantic and transported live to offshore Tuna Fish farms in the Western Med. where they are then fattened to their optimum weight before being culled and exported around the world. So this serving neatly fits into my loose stable of Med/Middle Eastern foods. Japanese Cuisine and presentation with traditional Med. food sources. I should add here that while not generally a fan of confusion (Fusion) cooking, this particular delight encapsulates the positives in “crossdressing” Red Tuna with anything else.

An essential for this serving is super fresh quality Red Ahi (yellow fin) Tuna. During the cooking process most of the Tuna remains raw and is consumed as such. It is only seared on the outside, meaning it is a serving of raw fish. This means health and safety are a priority, particularly in the New Zealand context. If you are not so adept with a knife and you trust your fishmonger to present you with the best cuts it would be best to let them do it. If you want to try it yourself there are an endless number of good video tutorials on YouTube that can better explain the process.

Either cut your Tuna into 1.5-2 inch cubes or leave in a long rectangle to be cut after searing. Whisk egg whites with a tiny pinch of salt and half the lemon zest to stiff peaks, using a small brush, brush the egg whites on all sides of the fish, grind a bit of black pepper on them then place in the bowl containing the mixed white and black sesame seeds.

Ensure that all sides of the fish are well coated with sesame seeds. Add one cm of oil to the pan and on high gas, heat the oil in the pan to just below smoking and then return gas to medium heat, clear everything away around the gas top as this one spits and sputters oily Sesame seeds in all directions. Sear on top and bottom for no more than 15-20 seconds each side, then remove to a paper towel before plating.

This is probably the most simple sauce in the world to make and could be served with any fish, vegetable or chicken dish.

Happy belated New Year or Happy Sylvester. The eve of December 31st is traditionally the day the Western Christian world celebrated the anniversary of Saint Sylvester. Now known as New Years eve and without any religious trappings, it is celebrated in a raucous and drunken fashion throughout most of the world. It once celebrated the life/death of Pope Sylvester the 1st, who died on the 31st of December 335 AD. Little is known of Sylvester’s life or achievements except that he was the Bishop of Rome and the 33rd Pope of the Catholic Church at the time of the Great Eastern Roman ruler Constantine. 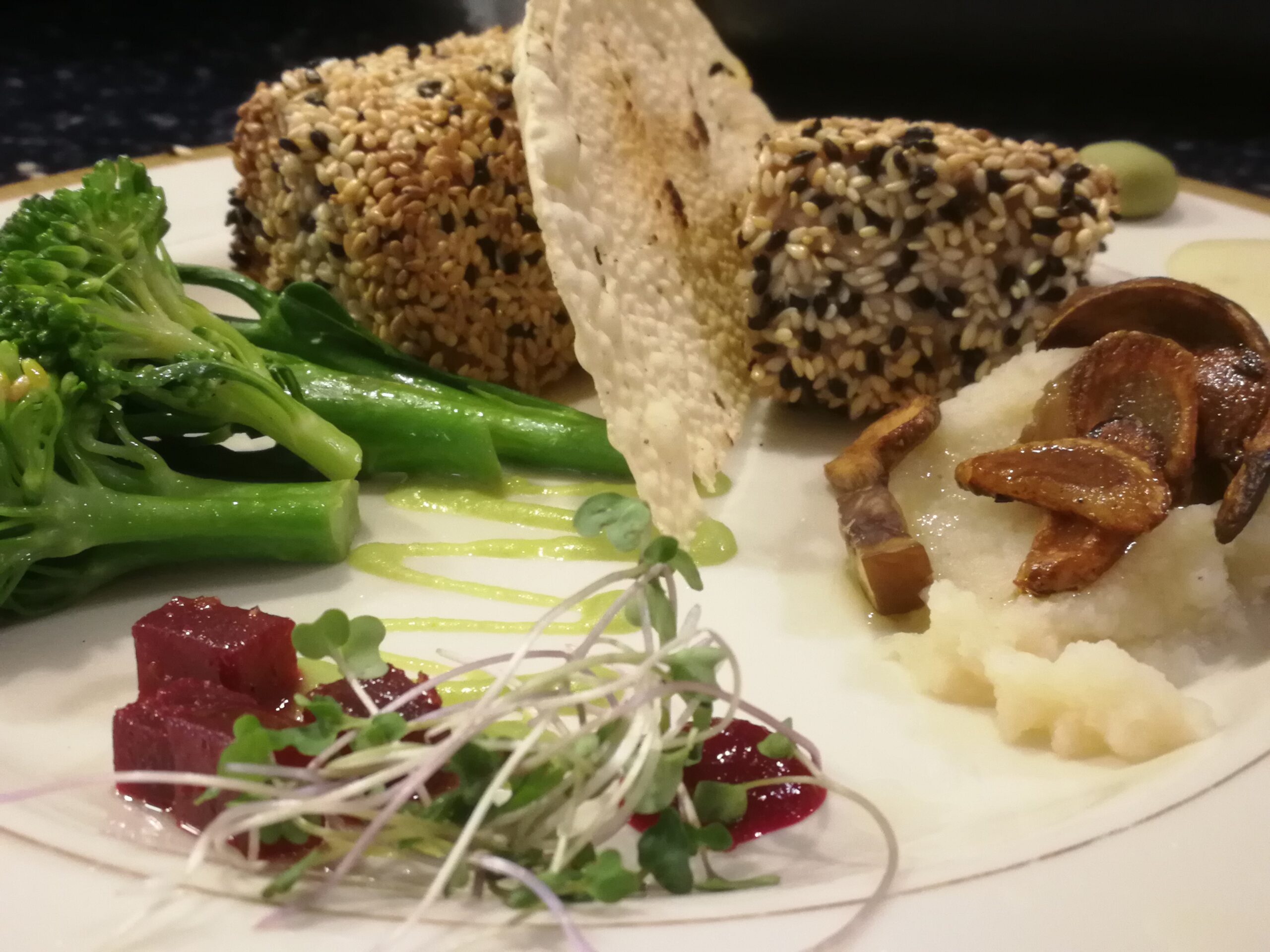 Ex-New Zealander, lover of the buzz that emanates from Jerusalem, Israel and the wider Med. region. Self-trained chef and entrepreneur, trained Pastry chef and former Personal chef to the Ambassador of... More by Daniel Goldwater