It was only a matter of time before the BFD caught the attention of media censors. Facebook has fired a warning shot over The BFD this week advising that the site’s page does not adhere to their community guidelines.

BFD writer Stephen Berry was banned from Twitter for “platform manipulation and spam” a farcical excuse for Twitter to purge right-wing and “far right-wing” accounts.

Is this really what we want? Private companies with financial interests setting free speech standards on virtually every outcome that you can think of? Health, politics, finance, sexuality, education and conservation, the list is endless.

The media monsters have turned on the conservatives who contributed to their empowerment. Four years ago President Donald Trump discovered their rabid appetite for destruction of the conservative voice; scientists with evidence that contradicts the financially lucrative climate change agenda and dissenters to the commonly held belief that lockdown stops the spread of COVID-19 are systematically closed down by social media censorship.

The power of the social media monsters: YouTube, Facebook, Twitter and Google was a gift from the people, astronomically increasing the influence of a few social media elites with extraordinary power to drive the liberal narrative and unfairly shut down opposition.

“These are privately run companies that have aggressively leveraged network effects—the phenomenon by which the value of a user’s network engagement increases in tandem with the participation of other users—to create a communications oligopoly. As a result, crucial decisions about what can and cannot be said in the public sphere are now being made by small groups of Silicon Valley entrepreneurs. In some cases, it really just comes down to the up-or-down vote of a single person.”

Of course, the tail is wagging the dog and social media defenders, in total agreement to shut down disruptive conservative voices, claim that privately run companies have every right to censor offending commentary. The majority no longer rules and democracy is a farce. In this digital age the most powerful rule and they are the liberal voices, the shareholders of social media companies.

Media moguls are politically progressive and this mindset is exemplified in liberal laws in California where, for example, shoplifting is legal up to the value of US$950. This law was the result of California prosecutors not wanting to be bothered by petty criminals.

Arbitrary censorship is neither moral nor fair and it is supported by news media also clamouring to close down the conservative voice. Douglas Murray gives an example of media enthusiasm to silence lockdown critics, demonstrating the inherent weakness and ridiculousness of carte blanche censorship.

“YouTube banned the UK’s TalkRadio from their platform, “terminating’ the channel’s ability to post because the broadcaster had “posted material that contradicted expert advice about the coronavirus pandemic.”

But has the WHO, the authority on COVID-19, acted consistently or fairly? Have they examined the myriad studies now available on COVID-19? Murray claims not.

“Throughout the Covid crisis the WHO has repeatedly been shown to be untrustworthy, under-informed and politicised to an extent which would shock anybody not previously aware of their existence. It was the WHO, for example, that said some while back that asymptomatic spread of the virus is very rare; other authorities, including the CDC and the UK government, have said that it is in fact responsible for a large number of infections. Back in the spring US health authorities stated that masks don’t reduce transmission and should not be worn, something that would get a content creator removed from YouTube only weeks later.”

The facts of any matter are a moving target because science constantly updates and adds information, but open debate at least provides a platform to debate the issues and move forward with public involvement.

If we don’t want social media giants to have the latitude to remove freedoms and tell us how to live our lives, we must wrest back control. Editor of The BFD Juana Atkins has some suggestions of Big Tech alternatives that we can replace them with. 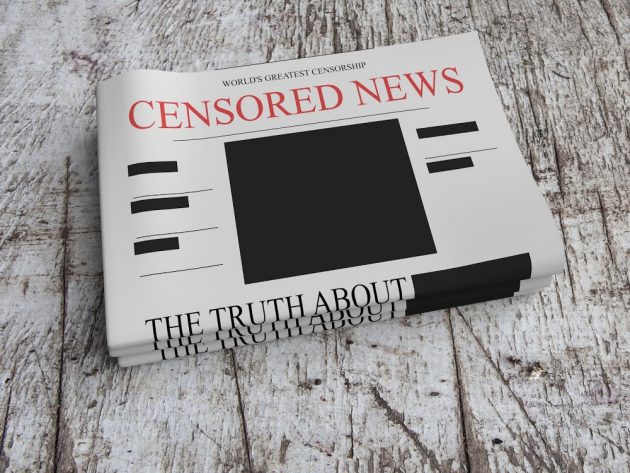 Suze is an avid reader and writer after a career in accounting starting in the farming industry. 10 years working in the NZ mining industry made her passionate about accessing our resource potential whilst... More by Suze