Skip to content
Japanese scientists are experimenting with wooden satellites. The BFD. Photoshop by Lushington Brady.

Kevin J Anderson’s ripping, seven-volume space opera, The Saga of Seven Suns, features among its sprawling cast of characters a race of spacefaring, sentient trees called the Verdani. While the concept of “treeships” traversing the galaxy remains firmly the province of science fiction (if not fantasy), Japan is experimenting with very real satellites made of wood.

A wooden satellite will be launched into space in 2023 to study how the organic material holds up in the vacuum outside our atmosphere.

Why on earth (or off it) would anyone bother making a satellite out of wood?

Wooden satellites would create a harmless alternative to metal ones, and significantly cut down on space junk orbiting the Earth which is expected to become a serious problem for spacefarers in the near future.

Researchers and space experts from Kyoto University, including a former Japanese astronaut, are working with the Sumitomo Group, a nearly 400-year old company, on the development and testing of special kinds of wood that can survive in the harsh environment of space.

A translation of a press release regarding the innovation, known as the LignoStella project, explains some of the benefits of using wood.

“Since wood transmits electromagnetic waves and geomagnetism, if the artificial satellite is made of wood, an antenna and attitude control device can be installed inside the satellite, and the satellite structure can be simplified.”

But the big benefit that the researchers are hoping to gain from wooden satellites is reducing the amount of space junk in earth orbit.

While we tend to think of “space junk” as whole, obsolete satellites, or tools, nuts and bolts dropped by astronauts, the vast bulk of rubbish circling the earth is tiny. When satellites are finished with, they are often sent to burn up in the atmosphere. In the process, they throw off tiny particles of metal and paint which hang around in the upper atmosphere. At orbital velocities, even a tiny speck can carry an enormous kinetic wallop. As well, some of the material, some of it extremely toxic, eventually wafts back down to earth.

The wooden artificial satellites that enter the atmosphere after the operation is completed will be completely burned out […]“We are very concerned with the fact that all the satellites which re-enter the Earth’s atmosphere burn and create tiny alumina particles which will float in the upper atmosphere for many years,” Takao Doi told the BBC.

There are about 6,000 satellites orbiting the Earth now, and many thousands more will be launched over the 21st century, including over 1,000 from Elon Musk’s universal internet access program, Starlink, alone.

As reported on The BFD recently, scientists are finding all manner of new, high-tech uses for wood, from transparent wooden windows to aesthetically gorgeous instrument displays.

Wooden satellites suddenly don’t seem so far-fetched, after all. 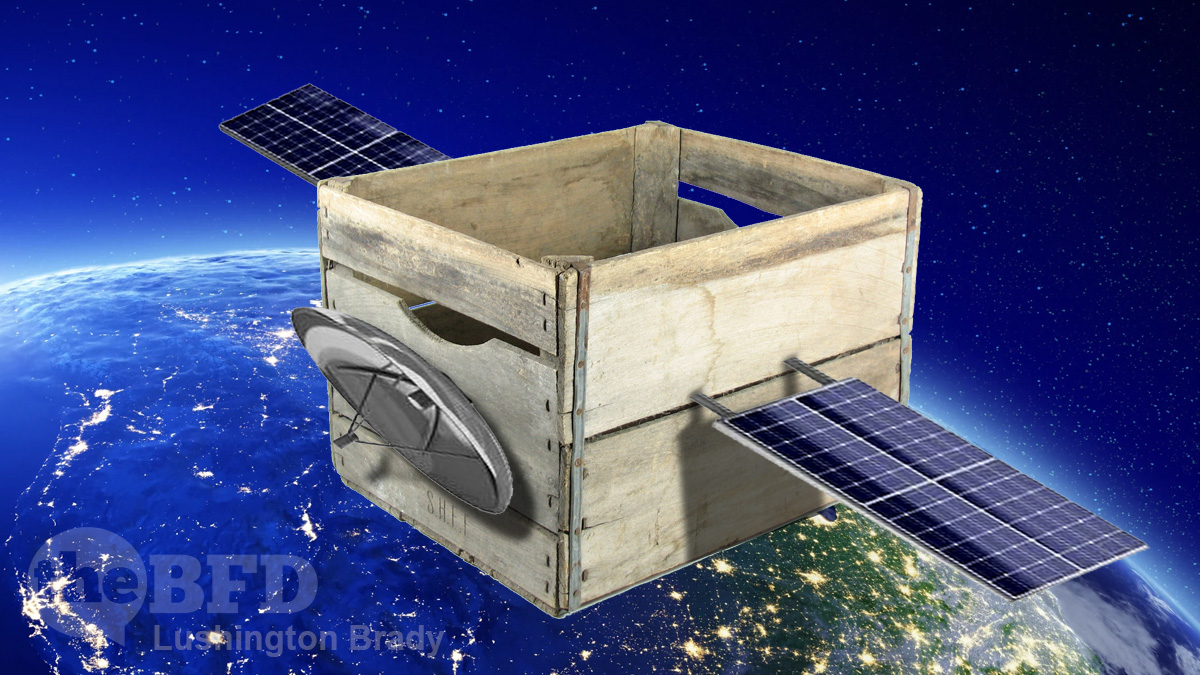