Western democracy, on life support for quite some time, finally died this week when supporters of US President Donald Trump “stormed” the Capitol in Washington, DC. We know it is dead, not because of the actions of President Trump or his supporters, but because reaction against them has finally borne the western body politic out of its crypt and into the sunlight, and shown it for the dried-out corpse that it actually is.

Four years ago the illiberal left, refusing to accept Trump’s electoral victory, began the ‘Not My President’ campaign and did everything in its power to remove him from office, including impeachment. Street protests ran unchecked for his entire term as swathes of America literally burned; the nation was enveloped by an anarchy which has led its participants and those in their milieu to economic ruin, increased homelessness and even greater despair.

We are living, in fact, in an era of permanent protest, encapsulated most clearly by the Black Lives Matter movement and its sibling: the totalitarian, reactionary and intolerant woke. The impossibility of the situation is not only that competing views are no longer countenanced in the marketplace of ideas, but that it is impossible to have a dialogue with zealots who are offended at the very existence of an opposition.

As we have seen since perhaps the dawn of this century, debate has been silenced and competing ideas closed down. The views that one is now no longer allowed to hold in any Western society are those relating to the primacy of Christianity, married family life, the liberty of the individual unfettered by government and, in particular, the achievements brought about by the work ethic of a Protestant, Anglophone culture centred around personal responsibility and self-restraint – the very things which have sustained us for centuries and caused us to prosper.

Such convictions anger the revolutionary left so much that they may no longer be spoken about, and the cultural revolution – affecting both business and civic life, and even religious life (to the dwindling minority who care for it) – has ensured that they cannot be talked about. If you do not believe me, you could try advancing, in the corporate world or in political life, the conservative views which were mainstream even in the second half of the twentieth century, and see how well you survive. You will be fortunate if, afterwards, you are still able to work.

It is now with a straight face that the same people who rioted and looted and sought to tear America down to the ground for the entirety of the last presidential term, or who smiled indulgently at such behaviour, have turned on the Capitol protesters with a self-righteous indignation that only the psychopathically unself-aware could muster.

The Trump phenomenon was brought about because a sizeable portion of the established and conformist population felt disenchanted with the political and media class: not only in America, but throughout the democratic world. This disillusionment continues. More than a third of US voters believe that the recent presidential election was ‘stolen’. And a great deal of evidence exists – largely untouched by the media – which points to electoral fraud. Whether electoral irregularities were of a sufficient magnitude to overturn the result of the election is something we will perhaps never know. But wouldn’t you think it is more important to publicly investigate the allegations in order to achieve political catharsis than it is to cover them up and seek to silence those with doubts?

And wouldn’t you have thought that Western democracy, and especially the American republic, is robust enough to survive the protests without the world needing to retreat into hysterical, pearl-clutching, faux outrage in an era where protests are a daily event? Three protesters, naturally, were shot. And yet the world would spin off its axis if the same thing happened at a BLM ‘event’.

The Republicans who are now abandoning Trump are rats abandoning ship. The Democrats who are once again seeking to impeach the President, or invoke the 25th Amendment to remove him during his final two weeks in office, are only doing so only to silence their critics and prevent a Trump re-election in 2024. A monomaniacal global media has closed ranks, with that last bastion of British conservative thought, the Daily Telegraph, condemning Trump and, in an unprecedented move, closing its comments section. The once-admirable Douglas Murray has just penned an appalling piece for The Spectator blaming Trump for America’s woes.

What’s more, the commonly-held objections to the totalitarian left will continue to mount and won’t simply go away. “Scranton Joe” won’t address them and so they will remain within the social fabric of a bitterly divided America as he and “Comrade Kamala” continue to roll out Big Government internationalism and the cult of minority victimhood.

Is any of this familiar here? If not, then it should be. Having firstly privatised and prolonged our voting system into an ‘election month’ in place of the more public and communal election day, and then secondly franchised the un-franchisable through the embrace of postal ballots, in 2017 we allowed Jacinda Ardern to ‘steal’ her first election. That was an election which she did not win, and the coup d’état which followed was only made possible by a German electoral system which had been ushered in two decades earlier by a revolutionary guard of academics.

We are told by the media that Biden, like Ardern, will be moderate. He is not. And she is not. In the USA it is looking like there will eventually be a second revolution, perhaps decided by civil war. As for New Zealanders, who are for the most part living on government benefits, tanked up on narcotics and pleased to be preached to about equality and diversity by a collective of largely communist unelected list MPs, most are asleep and haven’t noticed the end which awaits them.

Especially now that everybody, permanently, votes for Ardern. 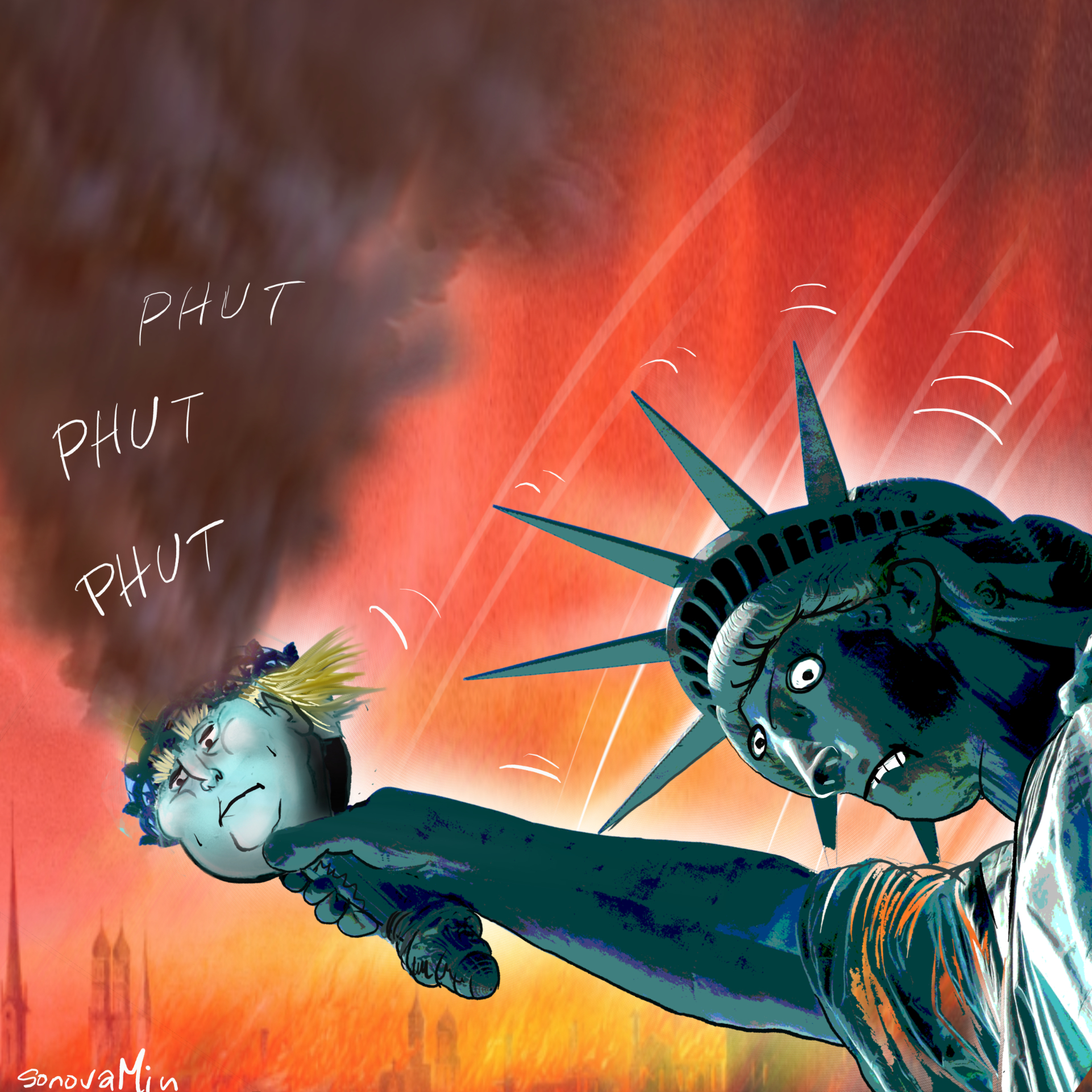