A different kind of disaster became imminent following on from my letter of two days ago.

Below is a picture of the Fowey river at Lostwithiel, Cornwall in normal times.

Last night we stayed indoors, sheltering from the torrential rain and being told about even heavier rain pouring down on the moors.

At 6-30 this morning we were awakened by the sound of heavy boots clattering and marching through the village square, accompanied by noise from heavy vehicles. This was the East Cornwall Search and Rescue team commencing further action after arriving last night. Having been initially deployed by Devon and Cornwall police yesterday evening, they were joined by Cornwall Fire and Rescue and HM Coastguard, Cornwall Area 11 in a joint services response. Late last night they were busy evacuating residents whilst securing access to prevent any accidental stranding of vehicles and people, allowing them to get to work stabilising the situation.

The team assessing the situation.

The same area early this morning.

Fire services in action, pumping from houses to catch the outgoing tide.

The emergency passed with no loss of life thanks to the prompt and efficient action of the response teams. The village itself has an above average number of elderly residents, so the speedy response of the search and rescue teams has to be seen as having been essential in securing the safety of those residents.

The situation had been worsened by a high tide coinciding with heavy rain on the upland moors, pouring down into the river. Fast action in response to the intelligence coming into the communications centre prevented a disaster.

If only the police could join with the other services more often and show their value to society instead of spending time on frivolous enforcement of minor transgressions of the lockdown code, then they would halt the declining respect that the public have for them.

I have to give the services 5 stars for their response last night, they were very impressive. 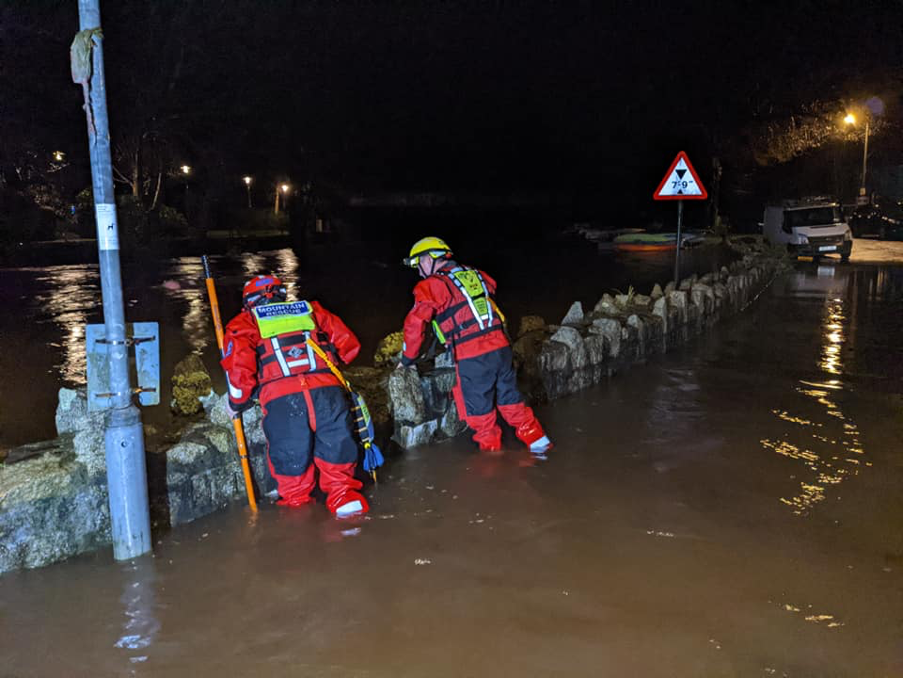