Consider this rubbish printed as an op-ed on one of its editorial pages by the New Zealand Herald, a newspaper once rated our country’s best:

“We are fast running out of time to meaningfully address climate change and the other devastating impacts of mining on freshwater and ecosystems. We have an obligation to build a just transition that means taking care of the people in the jobs and industries that must come to an end as well as taking care of people and communities.

“We don’t have any more time to burn coal. We have a window that is closing on our future, and it is time that we stand up to make sure that science and the public good prevail.

“The people who planned to peacefully blockade the mining conference need to disrupt and delay this industry because, unless it is stopped, there won’t be a future for any of us to debate.”

The writer is described as “a writer, climate change activist, and member of Coal Action Network Aotearoa”. I’ll leave it to my esteemed and far more technically erudite colleague Bryan Leyland to counter his propaganda. What I want to concentrate on in this column is where our country’s news media is headed in what is becoming dangerously close to “hate speech” having departed so far from the realms of fact.

In an earlier column for The BFD, I posed the question “Whatever happened to Press Freedom and Facts Being Sacred?”

As pre-election fever has warmed up, the situation seems to have worsened, and the Ardern government’s gift of $50 million to news media seems to have paid off in terms of media adulation heaped on the Prime Minister and the adverse stuff written and spoken on TV about the Opposition party, National, and its leader Judith Collins.

As an eternal optimist, I live in hope that enough of my fellow Kiwis will see through the media-generated mist of pixie dust that passes for Labour’s election policies and that they’ll “get moving” alright – to a National/ACT government that will get us out of the socio-economic mess in which the present Coalition’s potage of ineptitude and broken promises has left us. As I said in another BFD column, if we’d gone hard enough early enough, we might have avoided the economic carnage now being suffered by so many.

But enough of the politics – let’s get back to the sorry state of what we’re forced to accept as ‘news’ media, setting aside the few practitioners, mainly in radio, who still observe C.P. Scott’s legendary mantra: “Comment is free, but facts are sacred.”

But before I tackle the mental challenges posed by Shuker and the cryptic, I have kept up with New Zealand and the world via the Internet, thanks to Richard Harman’s “Politik” which comes on-line regularly at 5am each morning, then later, Newsroom, and David Farrar’s Kiwiblog. And, of course, after breakfast, the increasingly meaty and always accurately informative The BFD.

For the life of me, I cannot understand why it is that those responsible for the operations of our major print news chains these days allow the continuing desecration of journalistic values with which we are assaulted daily. Do they not realise that in exposing their papers to slipshod regard for truth and accuracy, they are compromising a once-proud record of integrity and respect that must inevitably cost them their viability as businesses? For instance, how soon will the remaining metros avoid the fate of the Auckland Star, the Evening Post, and the Christchurch Star?

Is it because of families such as the Wilson family and the Horton family, former owners of the New Zealand Herald, or the Blundell family, former owners of Wellington’s Evening Post – families who saw their mission as recording the life and times of their communities – selling their newspapers to others who have proven to be interested in newspapering only as a means to financial profit?

And how do we react – as people avid for news of what’s happening in our country and around the world – to this loss of commitment to truth in what we are given to read? Even if it were to happen, state control of news media is certainly not the answer, as we witness nightly on our TV screens from our state-controlled service TV One, or its middling private opponent TV3.

Our papers seem to be seeking the ‘bob each way’ bet of on-line Internet availability, but remain unable to lose their scourge of ‘interpretative reporting’ (and in many cases, misreporting).

But it does appear that it will be the Internet, via the courageous entrepreneurship of people such as Cam Slater, creator of the Whaleoil blog, David Farrar of Kiwiblog and Juana Atkins of The BFD that will be our salvation. Unfortunately, I am as yet unable to say the same about Newsroom, whose leaders betray their former association with what used to be conventional organs of news-gathering, by their insistence on assailing us with opinion-based assertions unrelated to proven scientific facts, but based on prevailing ‘consensus’.

This is especially so at Newsroom on the issue of what is these days called “climate change”, which used to be called “anthropogenic global warming” until the warming ceased earlier this millennium.

So it’s timely to run these two extracts on this topic:

“You were going about your daily life, getting your education, working to make a living, and supporting your family.

“Along came the climate alarmists. They told you the abundant, low-cost energy you use adds CO2 to the air. Then your CO2 causes global warming, and global warming will end life as you know it on planet Earth.

But they gave you a way out.

“They told you they would save the Earth if you followed their instructions. You must believe what they tell you, accept higher energy costs, pay much more in taxes, forget your personal freedoms, and vote for their socialist world government. Then they will absolve you from your environmental sins and save the planet.

“Notice the cornerstone of their message: only government can solve your climate problem. That should be a warning to the wise that they are lying to you.”

Dr John Maunder is a retired climate scientist now living in Tauranga. He was President of the Commission for Climatology of the World Meteorological Organization (WMO) from 1989 to 1997. Over the last 60 years he has written four books and has been involved in the ‘weather business’ in various countries, including New Zealand, Australia, Canada, USA, Ireland, Switzerland, and the UK.

His graph shows details of the average daily maximum temperatures (simply called “afternoon”) for Tauranga for September from 1913-2020.

The graph of the average afternoon temperatures for September shows generally ‘normal’ variations from September to September during the last 100 years.

So much for that elusive “climate change” the alarmist consensus (including NZ Minister James Shaw) propagandises about! 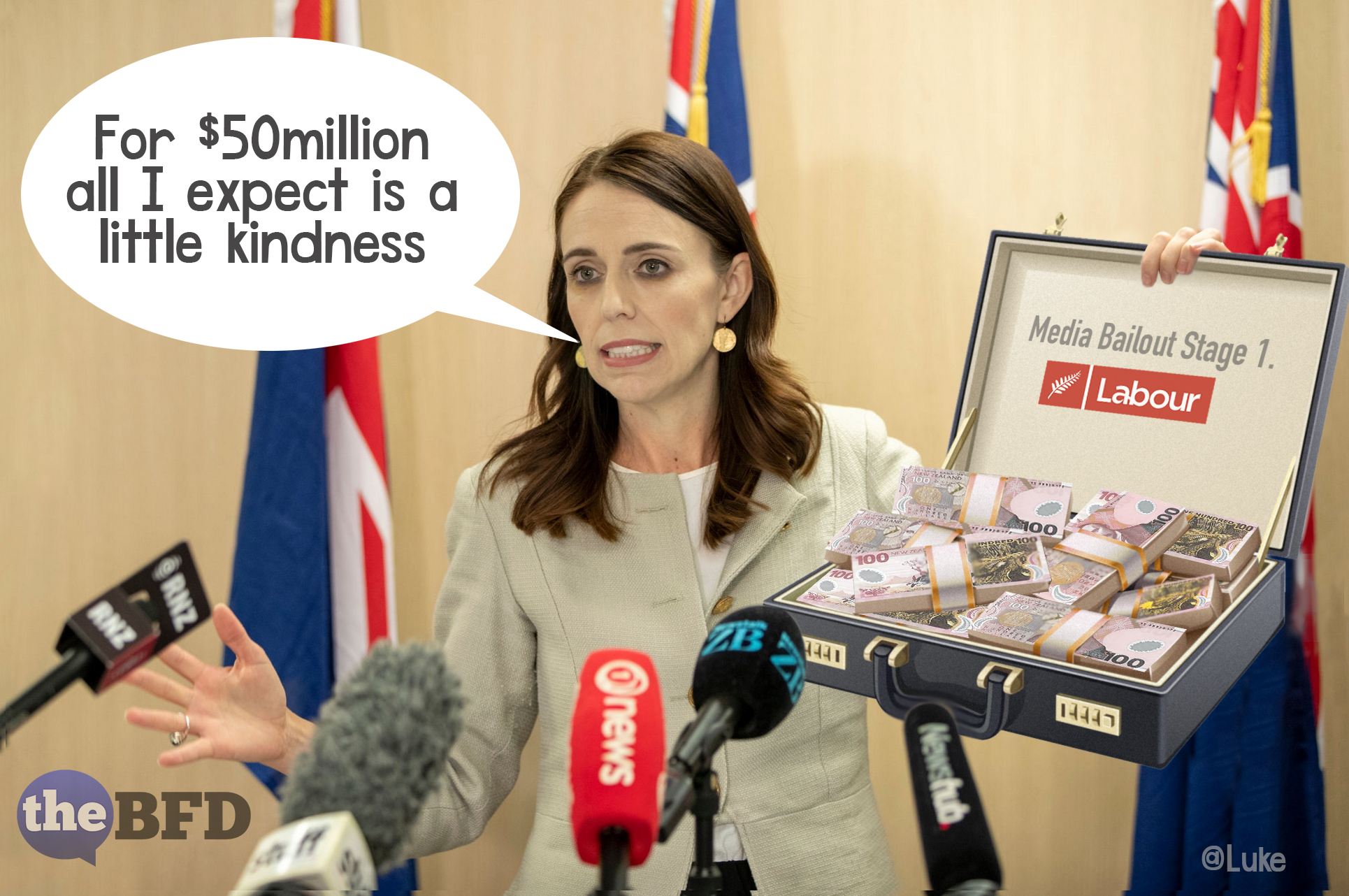