Ardern’s celebrity is a media construct, as was her Noble Peace Prize nomination which failed due to the Nobel Committee’s quaint insistence on substance over style.

Style over substance rules and it was ever thus, but quadruple the effect in today’s superficial world of technology, devices and social media. It’s like if it’s not on social media it didn’t happen, like!

Joyous news of Beauden’s daughter’s birth. But over sharing a titch on his part in it, methinks. Do we need to know every detail? As a comparison, Justin Timberlake’s wife Jessica Biel’s second pregnancy was kept a secret until after the birth in July. How quaint!  Proof positive it is not compulsory to reveal all your personal intimate information on social media. The media sounded positively miffed that they had not been informed. But I digress…

Take an attractive, youngish political leader, a born actor, who can turn emotion on and off at will, and cajole charm and persuade, with the media behind her, controlling coverage and limiting the Opposition’s time in the spotlight (apart from the negative). How can she lose come election time no matter how train wreck-like her first term of government has been? (4% growth rate in December 2017, dropped to 1.6% rate March 2020)

Throw in a crisis to save the day (let’s say, a pandemic) with our control-freak leader dominating centre stage every day and given the opportunity to manipulate the masses and strike fear into their hearts. (That sounds eerily like someone else!) But I digress, once again.

Having successfully established the fear factor, necessary to manipulate the masses at the initial stage of the first lockdown, Ardern quickly saw its long-term potential as a necessary device to deflect from her government’s increasing ongoing failures at border management.

A few details courtesy of super sleuth Michael Morrah, Newshub (finally some real facts): During the first 3 weeks of August over 25% of over 7,000 returnees had only one test in managed isolation and 168 had no test at all. Not 5% as Chris Hipkins kept insisting. That is a snapshot in time, and proof positive of the massive testing failure at the border:

THEY DID NOT GO HARD AND EARLY, BUT LATE AND ERRATIC.

It was thanks to National’s hounding them to take action to close the border back in February and their 55,000 petition gathered in 48hrs to quarantine that saw any action at all from a PM fixated on the Christchurch massacre commemoration, not wanted by Muslim residents!

Therefore, it has been paramount that she cling onto that fear strategy which has worked well for her, aided and abetted by the media’s wimpy approach to actual investigative journalism (apart from the above mentioned which got minimal attention from her propaganda machine.)

Pushing that messaging on an almost a daily basis through her MOH will very likely be the key reason she will be re-elected. Successfully establishing the fear factor and total subservience to our great leader, an alternative is unthinkable. The witless brainwashed public is in her thrall.

Jason Wall from the Herald has been front and centre of the media pack hounding Judith Collins on the election campaign. His loud booming voice relentlessly questioning, like he never does (or did during 1pm stand-ups) with Ardern, whom he treats with respect and deference.

Judith’s cheerful demeanour never fails her as she answers the often-moronic questions of a naïve, and not widely experienced, press pack. Like her, I tend to believe Ardern just might be for turning on a wealth (or any other) tax in a likely coalition with the Greens.

Jason must remember, after all, that this is the same woman who sold her soul to the devil when she agreed to a 3 billion-dollar slush fund to get selected as the next Prime Minister of New Zealand in 2017. (The agreement I believe, is locked away in a vault in Coutts Bank in London, away from prying eyes).

The rules are there are no rules, eh Jacinda – our most honest and transparent PM ever.

Despite recent undisciplined behaviour from a few National MPs, I will not be changing my vote. If Labour can stuff up on such a monumental scale and still be forgiven by their disciples (like the Democrats) I will give National a chance, as they have been reacting to a new pandemic world too and not always well.

The alternative is too terrifying. The difference is that National has overall quality MPs with great CVs, who have done the preparation Mahi, have a fantastic leader who beat Jacinda at the three debates (according to online polling of tens of thousands). Giving Ardern the third debate is like giving the prize to the slow kid in the class because she improved a bit. 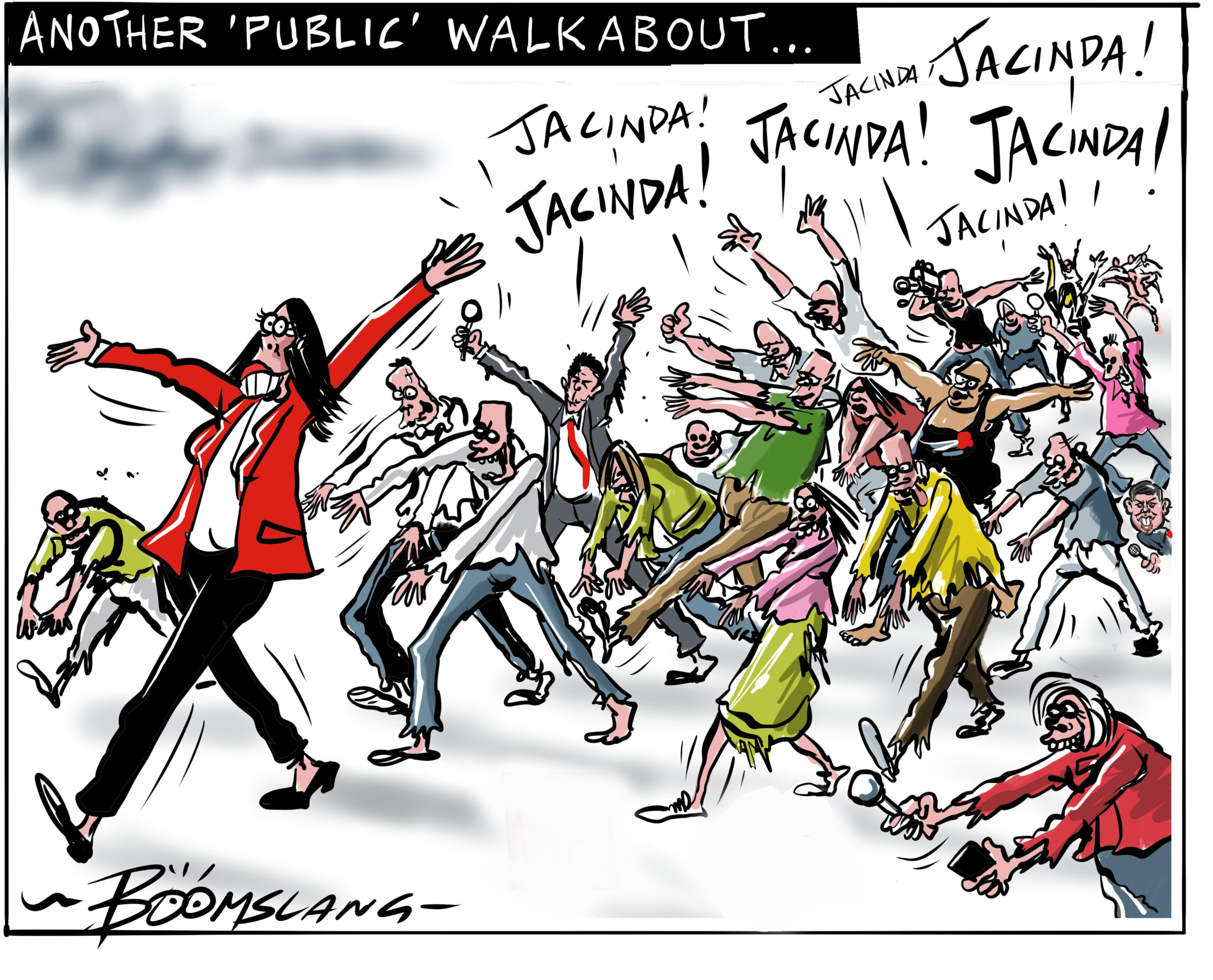 I did my writing apprenticeship as a communications advisor. Like all writers, I am highly opinionated, so freelance writing is best for me. I abhor moral posturing, particularly by NZ politicians. I avoid... More by Wendy Geus