Skip to content
"It's for the greater good, you know." The BFD.

It was an apparently widespread practice in the ancient Mediterranean basin to sacrifice children in order to placate the wrath of the gods. In Carthage, such sacrifices were made to Cronus (echoed in the Greek myth of Saturn devouring his sons). More famously, the Canaanites sacrificed their children to Moloch.

The governmental response to the Chinese virus pandemic might well be termed the “Moloch Option”.

The simple fact is that COVID-19 is a disease which almost exclusively targets the elderly and infirm. When governments say they are closing down entire countries to ‘protect the vulnerable’, that’s who they mean. ‘Saving lives’ is essentially ‘saving old people’.

Well, fair enough. But that also means that it’s the young and healthy, who are at almost no risk from COVID-19, who are making the sacrifice.

Some are making the ultimate sacrifice.

At the age of 32, Susan had everything going for her.

“Susan” had a business in which she had invested everything: not just money, but hopes, dreams and her sense of self-reliance. The Chinese virus, or more accurately, the response to it, took all that away. Like thousands of businesses across Australia, Susan’s ground to a halt, before being shuttered by government edict.

She hoped that the panic would quickly pass, and her normal life could resume. She watched the daily reports and saw the infections essentially drop away to nothing, but there was no date given for the easing of the lockdowns. All she heard was a statement from the government that they would “consider easing some of the restrictions in a month or so.”

What has been notable from the beginning of the Chinese virus crisis is that the loudest voices telling people to “just stay home” are coming from people whose jobs and incomes are under no threat at all from what they are demanding. In Taleb’s cutting phrase, they have no skin in the game.

[Susan] very quickly concluded that she was a victim of politics. Those that were making the decisions, while still drawing a full salary themselves, had not the slightest understanding of the damage that their actions were inflicting on people like her. They even had the gall to describe their actions as “cautious.” What exactly was cautious about having her business thrown on the scrapheap overnight?

She began waking at 4.00 am each morning in a cold sweat, her mind consumed with panic[…]Every plan she had ever had for the future came crashing down around her feet. She saw no hope, no future, no way to meet her mounting debts, and no way to escape from the circumstances in which she found herself.

And so, last week, she took the only way out, and took her own life.

This story is not made up.

So, let us talk about ‘saving lives’, indeed.

Evidence is emerging in Australia that youth suicides are spiking during lockdowns. Health experts are warning of a wave of suicide and mental illness in the wake.

This is the cost that the government is simply not factoring into its Covid-19 responses. The daily updates do not contain statistics on suicides or ruined lives. On available data[…]these deaths are now about the same as those from the virus. But the difference is that the deaths from the virus are now tailing off, whereas those from suicides are doing the very opposite.

Let’s now compare these two cohorts of people. On the one hand, we have people in the twilight of their lives. When they pass, as well as the normal feelings of loss and grief, we hear phrases like “she had a good life” and the eulogy contains fond stories of their relationships and achievements, which their loved ones will treasure.

Not so the overwhelmingly younger people – who faced hardly any risk from the actual virus, remember – being sacrificed on the altar of fear for the aged. Their lives are gone while yet to be fully lived, and now never will be. Their families are devastated.

So, when politicians preen and slap their own backs for “eradicating” the virus and bask in the adulation of their media suckerfish, perhaps they ought to pause to consider the young they cast into Moloch’s fiery furnace. 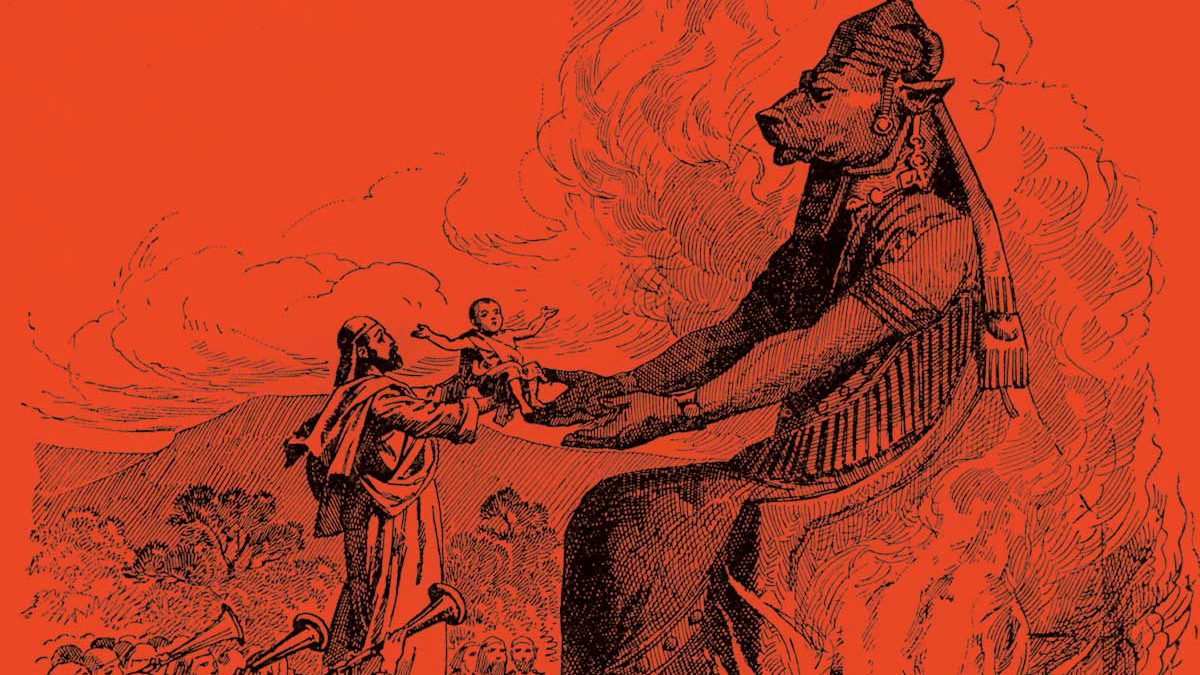