Skip to content
The BFD. British scientist Neil Ferguson ignited the world’s drastic response to the novel Wuhan coronavirus when he published a report predicting 2.2 million Americans and more than half a million Brits would be killed. After both the U.S. and U.K. governments effectively shut down their citizens and economies, he drastically changed his doomsday scenarios.

UK television and radio media are just as left-wing as they are in New Zealand. The Spectator highlights two interviews, each carried out very differently, on BBC Radio 4’s Today programme.

Health Secretary Matt Hancock, of the Conservative party, got a roasting – as one would expect. The National Party, were they in government, could expect the same from media here. Whereas it’s all ‘kindness’ for Labour.

Neil Ferguson, professor of mathematical biology at Imperial College London – a much revered left-leaning institution – was treated with a ‘near-Gospel’ deference. Ferguson is the academic whose modelling, predicting hundreds of thousands of deaths from COVID-19 in the UK alone, is largely responsible for the lockdown.

The Spectator’s Steerpike poses six questions to Professor Ferguson – which I paraphrase here – which should have been asked, but weren’t:

2. In 2009, Ferguson claimed a case fatality rate of between 0.3 percent and 1.5 percent for swine flu. This was later revised to a mortality rate of 0.4 percent. A government estimate based on his advice was that under a ‘reasonable worst-case scenario’ the disease would lead to 65,000 UK deaths. Swine flu in fact killed 457 people in the UK and had a death rate of just 0.026 percent in those infected. How did he get this so wrong?

3. In 2001 the Imperial College team produced modelling for foot and mouth disease suggesting that animals on neighbouring farms should be culled even if there was no evidence of infection. This influenced government policy and led to the culling of more than six million animals at an estimated cost to the UK economy of £10 billion. Other experts later found the modelling to be ’severely flawed’ and that it contained a ’serious error’ by ‘ignoring the species composition of farms’. Does Ferguson admit this error?

4. In 2002 Ferguson predicted that between 50 and 50,000 people would likely die from exposure to BSE (mad cow disease) in beef. He predicted that this could rise to 150,000 were there to be a sheep epidemic. In the UK there have been 177 deaths from BSE. Was his ‘worst-case scenario’ too high?

5. Ferguson’s COVID-19 modelling has been criticised by Professor John Ioannidis of Stanford University who says that some of the major assumptions and estimates built into the calculations seem to be ‘substantially inflated’. Has Imperial’s COVID-19 model been peer-reviewed by independent experts and what questioning has there been of the assumptions used?

6. On March 22, Ferguson said that Imperial’s COVID-19 model is based on undocumented, 13-year-old computer code that was intended to be used for a feared influenza pandemic, rather than a coronavirus. How many of the model’s assumptions are still based on influenza and is there any risk that the modelling is flawed because of these assumptions? 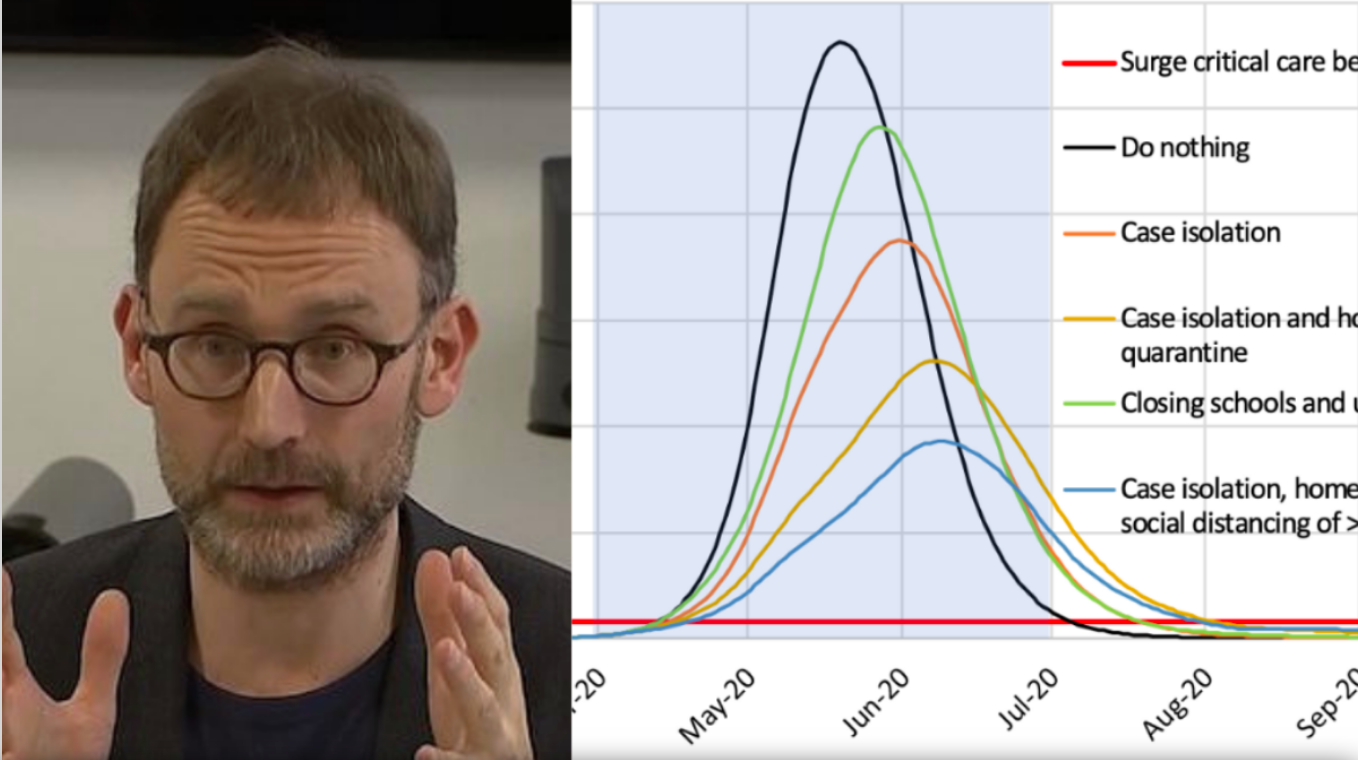