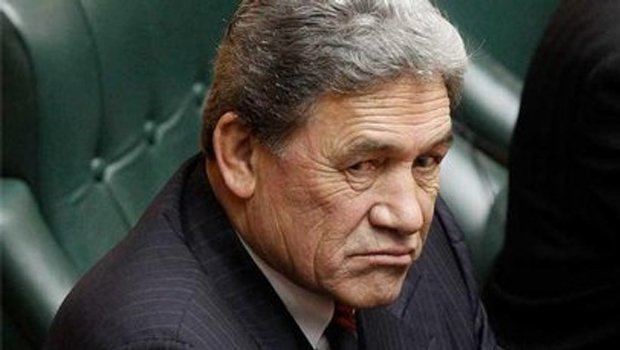 We have discussed Simon Bridges‘ decision to not go into coalition with NZ First on this site mainly from a National point of view, and it has to be said that it was a bold move that may very well signal the end of Simon Bridges’ political career. Only time will tell on that. But there are other aspects of this decision to consider as well. As George pointed out on Tuesday, this means that the next government will be chosen by the people of New Zealand, not by Winston Peters. That, in itself, is a great strike in favour of democracy. It may be within the rules of our MMP system for a party with 7% of the vote to decide the structure of the next government, but it is hardly democratic. It means the people do not get to decide their own government, which is exactly what happened in the 2017 election.

But there is also another aspect to this decision by Bridges that has not been considered much as yet. How does this affect Jacinda?

It has been widely suggested that Jacinda will throw NZ First a lifeline by not contesting the Northland seat, leaving it open for NZ First to take, thus ensuring their continuance in parliament if their share of the vote falls below 5%. To date at least, Jacinda has denied this, stating that Labour’s candidate, Willow-Jean Prime, will contest the seat as usual. But now you have to ask the question; in the light of Simon Bridges’ announcement that he will not go into coalition with NZ First, why on earth would Jacinda want to do that?

NZ First has been as much a thorn in the side of Labour as it has been for National. Winston has scuppered many of Labour’s flagship policies, notably the introduction of a Capital Gains Tax. Even worse, Winston allowed the whole process to go ahead; sending it to a working group, letting the working group announce its findings to go ahead, with all the wasted taxpayers’ money that went with it, only then to decide that his party would not support it. In other words, NZ First has made it clear on this and a number of other occasions who is really running the show, and it is not Jacinda. Yes, she may tactfully say that this is the consequence of being in coalition, but everyone knows that it is Winston who pulls the strings. This does nothing for her image as prime minister.

As Simon Bridges said, a vote for NZ First is a vote for Labour and the Greens. This has taken away all of Winston’s power at the negotiating table. He can’t play one side off against the other and secure lucrative deals for himself and his party. Jacinda could very well give him nothing in the next round of coalition talks, simply because he has nowhere else to go. If he wants a seat at the government table, he is going to have to beg for it.

It also sets battle lines for the next election. It is a clear left-right election. There are now no parties in the middle who can imply that they are capable of going with either side. You know exactly what you are voting for now.

The only thing that Winston can do, if his party reaches the 5% threshold in the election, is to refuse to go into coalition with Labour and sit on the opposition benches. Jacinda may not want him to do that, but if, as many suspect, this government is returned with enough numbers for a Labour-Green coalition to govern alone, then she may not care either way. Winston’s loss of power will mean that the left bloc will be able to carry out their extreme socialist policies without an unpredictable coalition partner calling the shots. That may send shivers down the spines of people like you and me, but it will be music to the ears of Jacinda.

It has been suggested that Winston will campaign on being the handbrake that stops the lunatic Greens from achieving their crazier ideas in government. But now, even on that, his power is diminished. It was different when it was still technically possible for him to go with National, but not now. If you vote NZ First, you are voting FOR a Labour-Greens government. If you don’t want that, don’t vote for a handbrake. Vote for the other side.

Whatever happens, Winston will no longer be the kingmaker. Simon Bridges has taken away all his power. As we saw at Waitangi on Wednesday, Winston is not happy about it. This may well deliver us the Labour-Greens government we have all been dreading, but at least it will be a government decided by the electorate. Democracy will have been restored, even if the result is one that people like us will not like one little bit. And if you don’t want that, vote National, vote ACT, but remember… a vote for NZ First is now a vote for Labour and the Greens. Winston will no longer have the power that he has held until now. Never forget it.