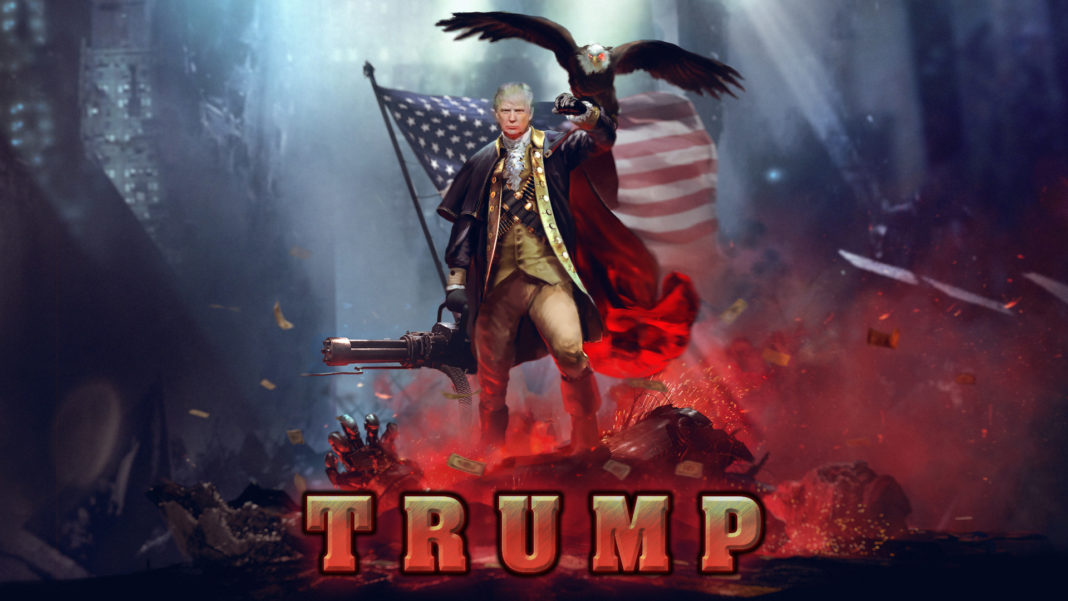 I’ve said it before, and it looks like I’ll be saying it for another four years, at least: will Donald Trump ever stop winning?

Trump is enjoying what must surely be the most triumphant week of his political career to date. The American economy is booming, the wars are ending. The crowds at his public rallies are as blockbusting as ever. His State of the Union speech hit the ball out of the park.

And, the very next day, the ridiculous sham that was the Democrats’ impeachment trial ended exactly as everyone, excepting, perhaps a half-soused Stepford Wife and a fossilised communist, knew it would. Trump was easily acquitted on both counts.

Donald Trump will address the nation early on Friday morning (AEDT) after he was acquitted of both counts of impeachment in the Senate, bringing an end to the most partisan and bitter impeachment trial in US history […]The vote to acquit Mr Trump on both counts of abuse of power and obstruction of Congress fell far short of the two-third majority, or 67 votes, that were needed to convict Mr Trump and remove him from office.

As he is wont to do, Trump wasted no time trolling the snowflake-left.

Soon after he was acquitted, Mr Trump tweeted: “Trump 4EVA.”

Pelosi’s petulant on-camera hissy-fit exemplified, as almost nothing else, the Democrats’ out-of-touch elitism and completely tin-eared politics. Trump’s State of the Union address was a triumphant paean to America and the values held dear by so many Americans.

It was a speech in two halves. The first was Trump channelling Ronald Reagan. Look at the economy I’ve delivered! Look at these good folks I’ve brought along in the audience to showcase and share the prosperity. Lots of diversity. Lots of sentimentality and soaring rhetoric. Lots of unanswerable economic good news. That was the outreach half.

Even this part of the speech was disciplined, focused. No rough language. No abuse. No impromptu rants. It was red meat for the base, but red meat delivered on a silver platter.

And it drove the Democrats nuts, with House Speaker Nancy Pelosi petulantly tearing up her copy of the address.

And the American people will take notice. Just as they noticed when Hillary Clinton sneered at them as “deplorables” and Don Lemon chortled when they were derided as ignorant, racist, moronic rednecks. They notice all of it, while the Democrats remain completely oblivious to how their arrogant petulance appears to anyone outside of the elite bubbles of New York and Los Angeles.

When Pelosi tore up the address – right after Trump offered a paean to America’s “our glorious and magnificent inheritance”, what ordinary Americans saw was the Democrats’ disdain for veterans, the aid workers, the pioneers and strivers, for the working classes and the minorities enjoying an unprecedented economic boom, for the ambitious kid who’d just won a scholarship. The message couldn’t be more stark: the Democrats hate all of it.

Trump is a lucky general, the sort Napoleon wanted, and he is nowhere luckier than in the choice of his opponents […] November’s election is a long way off and inherently unpredictable, but this is a week of fantasy fulfilment for Trump. How he must love the Democrats.