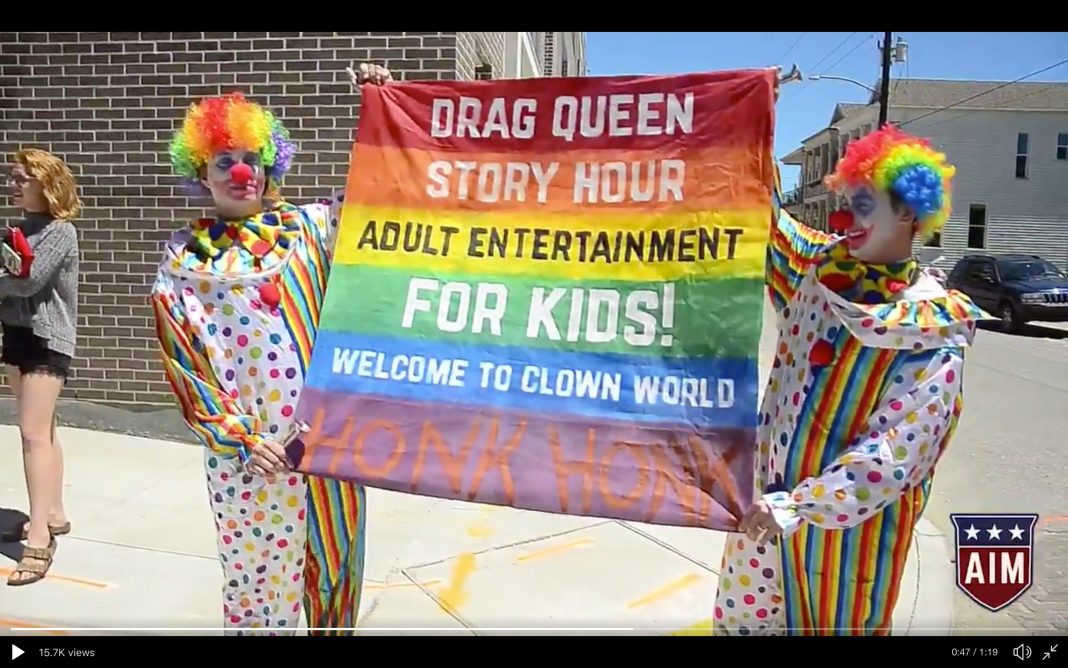 Recent surveys show an “alarming” plunge in young Americans’ “comfort with LGBTQ individuals”. Younger Americans are more and more likely to say that that are “uncomfortable with an LGBTQ family member”, “their child’s placement with an LGBTQ teacher”, or “their child experienc[ing] an LGBTQ school lesson”.

That last one is particularly telling. I strongly suspect that young Americans are not en masse becoming a generation of poofter-bashing homophobes. Rather, having themselves been brow-beaten with “rainbow” bullshit for most of their school lives, this is a generation that heartily wishes the love that once dared not speak its name could at least shut the hell up for a while.

This also illustrates what I detest about the whole notion of “LGBTQ”: as if gay men, lesbians and bisexuals have anything much in common with each other, let alone with a flounce of barking mad men in dresses.

In fact, I’d lay good money that young folks really aren’t that “uncomfortable” about the Ls, Gs and Bs. It’s the screaming nonces of the Ts who are getting youngster’s backs up.

Hell, even some of the Ts think too many of them are a bunch of creepy loons.

A “gay drag queen” from California has slammed the Drag Queen Story Hour phenomenon, saying parents who allow their children to participate in such events are “extremely irresponsible.”

The San Bernardino-based performer known as Kitty Demure posted a short video to social media on Sunday, warning parents that their attempts to appear “woke” and “non-homophobic” are hurting the gay community, which “already has a reputation for being pedophiles.”

I mean, it’s not as if actual paedophiles have been using Drag Queen Story Hour to get real up close and personal with kids.

But, while “Kitty Demure” is right enough to castigate “progressive” parents using their kids as ideological virtue-signalling props, he also raises some serious questions about the whole transgender obsession with sexually grooming even the youngest children.

“What in the hell has a drag queen ever done to make you have so much respect for them, and admire them so much?” Demure said. “Other than put on make-up and jump on the floor and writhe around and do sexual things on stage?

“A drag queen performs in a night club for adults. There is a lot of filth that goes on, a lot of sexual stuff that goes on, and backstage, there’s a lot of nudity, sex and drugs. Ok? So, I don’t think that this is an avenue you would want your child to explore.”

Which begs the question: why is Drag Queen Story Hour even a thing, then? Why are people whose stock-in-trade is “filth[…]nudity, sex and drugs” so keen on slithering around children?

“We have already had a reputation for being pedophiles, and being perverts, and being deviants. We don’t need you to bring your children around,” he said.

Why anyone would tar the “LGBTQ” movement as paedophiles, perverts and deviants is a mystery, after all. It’s not as if “Pride” parades regularly feature nude men prancing around in front of children, or leathermen pissing in the mouths of twinks in the streets.

The screeching exhibitionists and creepy perves of the “LGBTQ” movement have frankly become an embarrassment to the majority of homosexual folks who, as one told me, wouldn’t be seen dead at a “Pride” event. “Why yes,” he said. “Nothing says, ‘I’m just a normal, everyday member of society’ than dressing up like a flaming faggot and prancing around in public, in front of children”.

Young People Are Sick of the Rainbow Bullshit

‘Rainbow’ Backlash Intensifies: Even Drag Queens Have Had Enough

Some Rotten Green Apples in Tasmania

The BFD Map of the Day: Ethnolinguistic Regions of the Pacific Islands

Rock Lifted from Another Leftist Paedophile

The Origins of Dyslexia

The BFD Crybabies of the Day

A new NZ media website has not been around for very long but already it is striking fear into the heart...
Read more

[...] A healthy home is bloody useless if you can’t afford to rent it and next week I’ll expand upon the catastrophe Labour is planning to inflict upon its own support base should they be re-elected. What I would like you to consider in the meantime is just how bad things are getting for Labour voters victims already, despite how mild the scapegoating of landlords has been up until now.
Read more