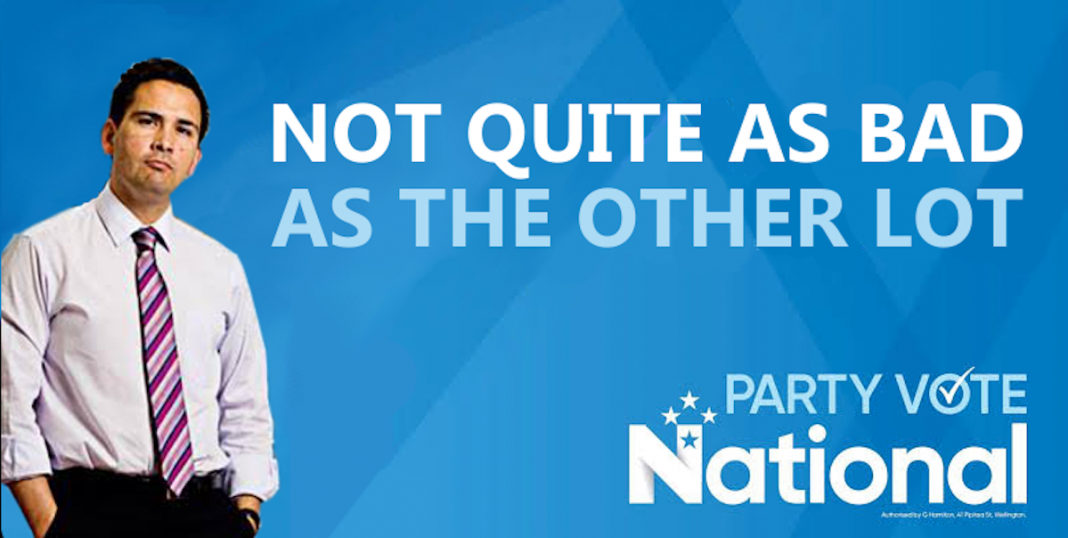 Keep this post handy, because it shows the risk to National MPs as their party vote slumps.

Last election National wound up on 44% which gave them 40 electorate MPs and 15 List MPs.

Every percentage point they drop means some MPs won’t be returning to parliament. Right now they would be two MPs short based on the latest Newshub/Reid Research poll. This graphic shows how fast they disappear should National’s vote slide away.

The vulnerable seats that have sitting MPs are:

National MPs are reporting in on what is happening on the doorsteps of their electorates and they almost all are finding out that voters don’t like Simon Bridges. National MPs may hold these seats even with a 5% swing against National, but they will have a better chance of holding the seat if they dumped Simon Bridges and got a popular leader in. In any case, there are rumblings amongst MPs that they will likely mimic Labour under David Cunliffe and refuse billboards with Simon Bridges on them.

Already National is below their vote at the last election. Something amazing is going to have happen for them to maintain that in the heat of the election campaign.