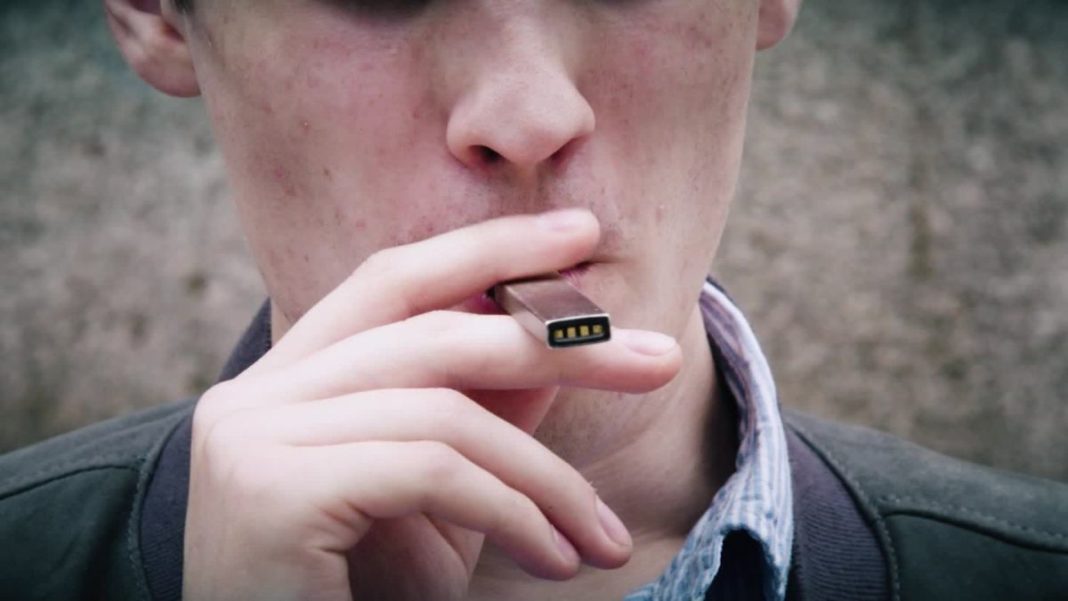 95% less harmful than traditional smoking, vaping is the very definition of harm reduction. Yet the media has gone all out to disparage it. Filter.mag dismantles one of the most recent attacks.

New York Magazine ran an article this month—in its “Intelligencer” vertical, of all places—with the provocative title: “Who Thought Sucking on a Battery Was a Good Idea? Vaping is a health crisis that has only just begun.”

[…]My first reaction to his piece was to wonder what he was sucking on when he wrote it. Because sucking on an e-cig is a hell of a lot better than sucking on a Newport.

Journalist Jacob Grier has already critiqued the piece, calling it “A one-sided mess that fails to convey the complexities of the issue and pays virtually no attention to the needs of current and former smokers whose lives are risk.”

He’s right. But NY Mag’s 6,000-word article isn’t just a “mess”—it’s much more insidious than that. It stands in a long, sordid tradition of journalists participating in drug panics that spread misinformation and confusion, demonize drugs, ignore evidence and support the passage of harmful legislation. Like the journalists who signed on for the crack panic in the 1980s, whose work fueled massive stigma against people who used crack and directly led to racist mass incarceration.

Here we had John Campbell and his attack on the legal high industry leading directly to the lethal synthetic cannabis crisis, and not so recently Patrick Gower pushing the lie that any cannabis law reform will inevitably lead to mass commercialisation.

[…]This misinformation has thereby led to untold numbers of smokers who switched to vaping going back to smoking. And for those who continue to vape, access to products that are at least 95 percent less harmful than cigarettes is becoming ever more restricted. These are the real-world, deadly consequences of irresponsible journalism.

[…]Hitting the panic button on the safety of vaping, Hall interviews only people who are on the record as loathing e-cigarettes.

What happened to “both sides” journalism? Hall doesn’t quote one person—not one, among the entire international tobacco harm reduction community—who is pro-vaping.

Instead, the piece front-loads Gotts, a pulmonologist, who believes, “A lot of people are using their lungs as a sewer to get high in a way that really has never been seen before. People are just experimenting with all kinds of crazy new chemicals, and they’re just putting them all in their lungs and seeing what happens.”

[…]Gotts and his fellow tobacco harm reduction hater at UCSF, Stanton Glantz, who has a starring role in Hall’s piece, challenge “95 percent safer” because they are implacably opposed to vaping. To convince smokers not to vape, they’ve unleashed a fear-driven crusade to prove that e-cigarettes are full of toxic chemicals and cause serious harm to human health. Glantz believes that e-cigarettes are “about as dangerous as a cigarette.”

Because he absurdly believes that, he is committed to prohibition and nicotine abstinence, leaving smokers to quit or die.

This is the difference between those opposed to the harm caused by something and those opposed to the thing itself. The former are open to a variety of options if those options result in less harm. For the latter abstinence and prohibition are the only options, even if it results in much more harm, such as steadfast opposition to pill testing, or, as here, opposition to nicotine in any form. This is the key to understanding why anti-vapers can be so opposed to vaping even though it is 95% less harmful than the only other legal alternative, smoking.

[…]Blame for Hall’s piece must be shared with the publication that published it and with the photographer, Jonas Bardin.  The salacious click-bait photos taken by Bardin that accompany the article are part of a long tradition of bias, stigma and sexism in photographing drug users. They prominently feature young women holding vapes in their mouths in ways that are sexually suggestive.

[…]This is where Hall engages in a core feature of drug-panic discourse, in which the most extreme cases of dependence are framed as typical. It’s impossible to find a mainstream media story about a young person who vapes in which their vaping isn’t portrayed as chaotic and out-of-control. Yet the evidence shows that most US youth who vape do so infrequently, usually five days or fewer per month, and are in no way dependent.

And this applies not just to drugs. Since the Christchurch shootings the Ardern government, together with a compliant media, has acted as if a similar event is likely to happen again, at any second, and as a result, has pushed through ill-thought-out reforms that will do nothing but arm gangs and de-arm lawful gun owners.

[…]The reality is that vaping, for many teens, is rebellious, fun and a social activity—just like the other drug use that most will engage in less as they grow older.

True for drug use in general. The pattern isn’t try, get hooked, die. It’s try, experiment, get bored, and then use just now and then. Addiction is the exception, not the norm.

Giveaways are headlines like  “Fears that far-right groups may be arming”, “Marijuana more harmful than thought”, or even “Alcohol deaths soar after…” What follows after the headline is nothing but bullshit based on lies, conjecture, and more often than not, cherrypicked “facts”.  It’s harmful because it creates a false view of reality that leads to bad policy that leads to bad laws, removal of freedoms, and even death.

The media response to vaping is just but one example of harmful irresponsible journalism.

To paraphrase Ricky Gervais, journalists should report the story, report the facts, and then go home back to their meth pipes.

No! We Are Not Racist!

Ladies This BFD Nightcap Is for You

How To Tell If We’re Beating COVID-19

Australia Must Have a ‘Long, Hard’ Look at Further Relations with China