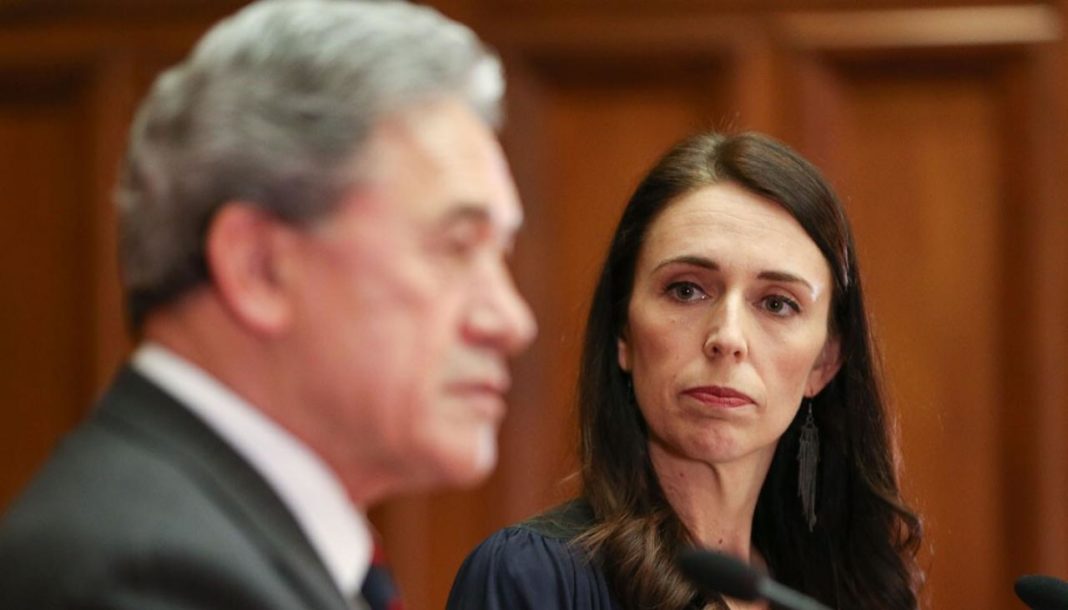 One of the things we are often told on this site is that we should use history as an indicator of what is likely to happen, particularly in politics. While events never repeat in precisely the same way, failing to learn from history, as the old adage goes, means we are doomed to repeat the mistakes made back then.

2008. An election year. National was in opposition. John Key, leader of the party, ruled out working with Winston Peters and NZ First. There was also a scandal concerning donations to NZ First, involving Sir Robert Jones and Owen Glenn. The party found itself being investigated by the SFO. Winston Peters, Minister of Foreign Affairs, was stood down by prime minister Helen Clark pending the outcome of the investigation.

Well, history has just repeated itself. The only difference is the individuals involved… apart from Winston Peters himself, of course.

There is one other thing that has not repeated itself this time, however. Jacinda Ardern has not stood down Winston Peters pending the investigation into party donations.

I was no Helen Clark fan, but she understood politics very well. If she had even a slight hope of re-election that year, she needed to distance herself from any potential scandal involving one of her coalition partners, otherwise the whole house of cards would come tumbling down around her ears.

Another big difference was, of course, the fact that Clark’s Labour government was coming to the end of its third term, and its re-election hopes were slim. Jacinda’s government, by contrast, has not yet completed its first term, and its chances of re-election are fairly strong.

In a country that prides itself on low levels of corruption, it is essential that politicians are stood down when they are involved in any such investigation. Think of how graciously Judith Collins accepted John Key standing her down from cabinet in 2014 even though, as it transpired, she had done nothing wrong, and was later reinstated with an unblemished record.

Nobody expected her to do anything, of course. She never does any of the hard tasks that befall a prime minister from time to time. She fluffs, makes excuses, hides behind enquiries, and hopes it will all go away. She has done that with two sex scandals involving members of her own party. Ministers in her government resign before they are sacked. She just cannot do the hard stuff that is often the unpleasant but necessary side of the job of a prime minister.

Yes, Jacinda needs to stand down Winston Peters while the SFO investigation is ongoing. If he is cleared, as well he may be, then he can come back, also with an unblemished record, but the message is clear. Having this investigation going on while Winston Peters is Minister of Foreign Affairs and Deputy Prime Minister is a festering sore that will haunt her all through the next few months leading up to the election. This can only damage her re-election chances; it certainly won’t improve them. The only way to cauterise the wound is to force him to take an unexpected vacation, which will last until the investigation has been completed.

This latest donations scandal may well be the final nail in the coffin for NZ First, already polling at below 5%. If the party’s supporters are still mostly of the older generation, they will not like history repeating itself like this. This may be the end of the party that has supported several governments, has always claimed it can support parties on either side of the political divide but has always had a whiff of doubt surrounding it. Only time will tell.

Jacinda owes Winston, of course. She would not be prime minister if it were not for him, and she knows it. That may well be the reason she is prevaricating right now, but it is the wrong reason. She is doing her own government no favours by carrying on as if it is business as usual. It is never business as usual when your main supporter is being investigated for breaches of the law, whatever the eventual outcome. The media will continue to hound her about the matter, and the fact that she found herself unable to state that she trusts her deputy prime minister spoke volumes at her press conference on Monday. She needs to be decisive. This issue is not going to disappear anytime soon, and even little Neve can’t make a crisis like this one go away.

Jacinda’s first loyalty needs to be to her own party. Any politician who appears to want to stay in power at all costs seems to the public to have lost all their principles. Jacinda can hardly be described as a highly performing prime minister who can be forgiven this one, tiny indiscretion. She is the worst performing prime minister in the worst performing government in living memory. She needs to learn from her mentor, Helen Clark, and place some distance between herself and Winston Peters, whatever the fallout. That is the only way she and her government will be able to survive this, if they survive it at all.

As for Winston himself, well, what can I say? If anyone should have learnt from the lessons of 2008, clearly, it is he.

‘This is Us’: IRD’s NEW Approach

‘This is Us’: IRD’s NEW Approach

The Phil Goff case – WHY we Must Proceed to Appeal

Wednesday Weapons: The Quietest Sniper Rifle in the World…Just Got Better…

The BFD Video: I am SUING Police for this Illegal Arrest

The BFD Video: NZ Policeman on the Line that Borders Freedom of Speech &...

Has anyone else noticed how silent PM Ardern and Justice Minister Little have fallen over the much-touted “fast-track review of NZ’s current hate speech laws”? There’s a reason for this: it’s an unpopular issue with NZ citizens and we happen to be in an election year.
Read more

I watched the video and the focus was on the person offending people. Apparently, he had written something along the lines of...
Read more

As previously discussed, I have been seriously considering voting ACT at the election this year, although I suspect I won't know...
Read more