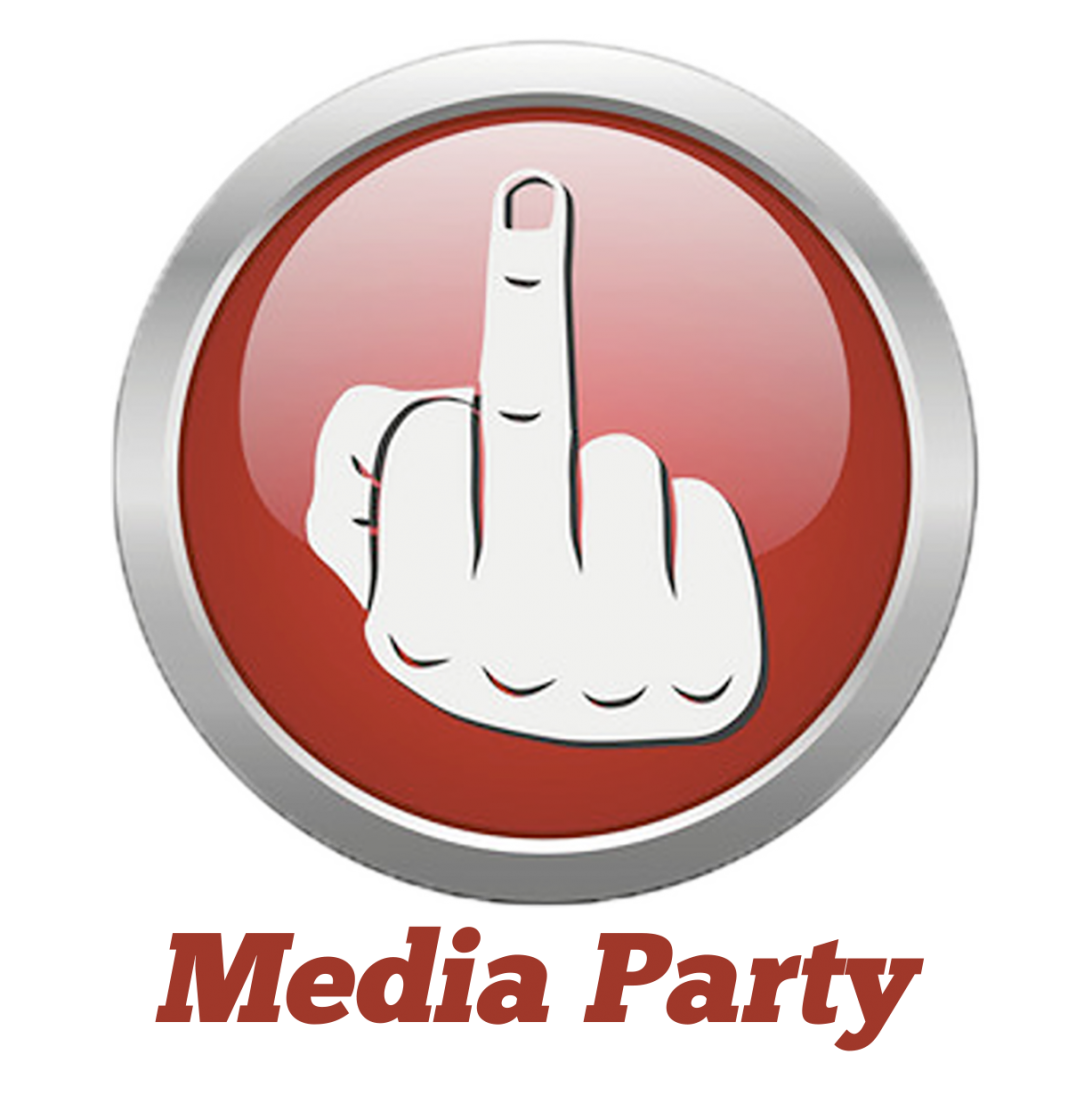 The Media Party are desperately trying to make amends for not being able to move the polls as Katie Bradford described back in 2014:

They are running a series of non-stories using stolen information about NZ First where they are always saying “nothing illegal happened here so there is no story but we think you should think it is bad”.

The Media Party are not all that competent as they are yet to come up with their slogan or logo. Luckily for them, The BFD is going to run a competition designing both. Please submit your entries by the 31st of March.

Competition One: The Media Party Slogan

Keep it brief and to the point. Here are some examples of slogans good and bad

Good
Because we know best.
Telling you how to vote.
We are way smarter than you.
This microphone means I am important

The Media Party – Middle Finger logo theme, as a suggestion only, since they’ve been screwing over voters since forever.