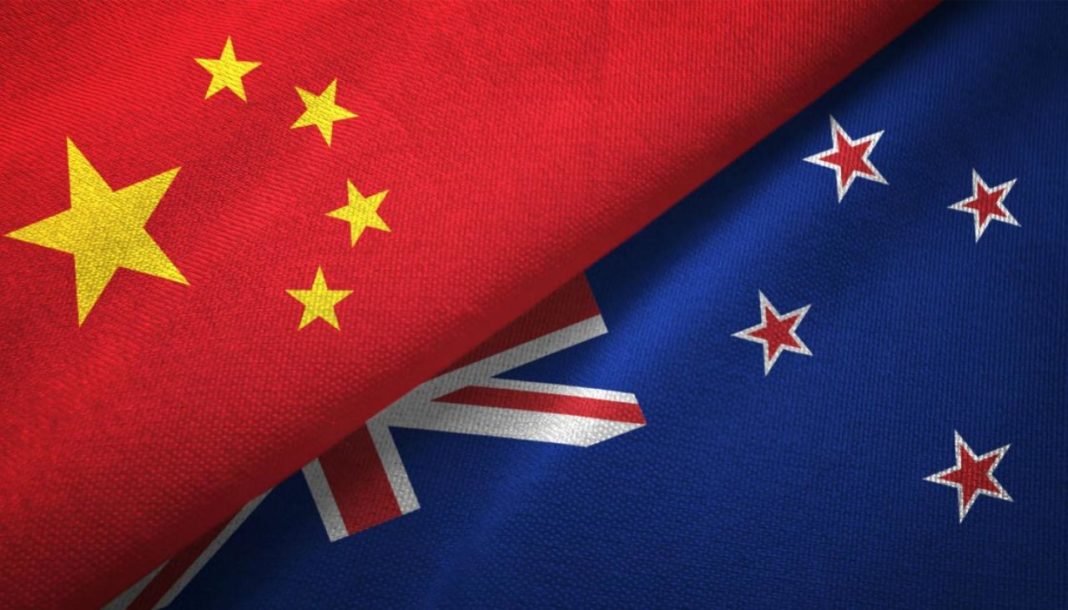 Politicians all sing from the same song sheet when asked if the Chinese Communist Party is buying its way into NZ Politics. “No!” they cry in unison. Of course, they are quite correct because there is currently no evidence of large donations from the CCP going directly to NZ political parties.

There is, however, since 2008, plenty of evidence of political leaders cosying up to Chinese officials.

Deputy Prime Minister Winston Peters at the 45th anniversary of diplomatic relations between New Zealand and China said that “much criticism of China is unwarranted.”

But should we be worried? US spooks thought so. They raised their concerns with the US Senate over Chinese infiltration of NZ politics back in 2018.

“An influential United States Congress hearing has been told “one of the major fundraisers for Jacinda Ardern’s party” is linked to the Chinese Communist Party and it showed China had penetrated New Zealand’s political networks.”

Ardern was not bothered:

“None of them have ever raised such concerns with me, nor have I heard that they’ve ever been raised with anyone else. Our intelligence agencies are constantly undertaking a wide range of investigative activity on foreign threats and we constantly review our safeguards.”

But is Ardern privy to commercial wheeling and dealing to divert funds into political coffers? Guests paid $1,500 a head to lunch with her at the Labour Party’s annual conference in November last year. If all 800 Labour party delegates attended, plus invited guests, using a rough estimate of 1,000 diners they would have raised $1.5M and possibly netted in excess of a cool $1M. Not a bad fundraising event with no statutory declaration required.

Political donations are small potatoes compared to the potential cash changing hands in commercial arrangements so let’s not forget about individual sponsorship by affluent companies or wealthy donors.

John Key would be in his element constructing deals that potentially access large sums of money because he still has influence with the Chinese and met with President Xi JingPing again last year.

Anne-Marie Brady blames Key for the Chinese influence in NZ politics, saying, “the current prominence afforded the China relationship has accelerated dramatically under the government that won the election in 2008”.

Over in the USA, Democrat Presidential hopeful Mike Bloomberg has burned US$417M to date on advertising with the election still nine months away. NZ political parties are limited to spending $1.169M on election advertising, including GST, plus another $27,500 including GST per electorate contested by the party.

But if it wasn’t the declared political party donations, what was it that made US intelligence sit up and pay attention to the issue of Chinese funding of the NZ Labour Party?

“An influential United States Congress hearing has been told “one of the major fundraisers for Jacinda Ardern’s party” is linked to the Chinese Communist Party and it showed China had penetrated New Zealand’s political networks.

As a result, US lawmakers needed to consider whether New Zealand should be kicked out of the Five Eyes intelligence alliance because of problems at its “political core“.

The bombshell testimony included claims from a former Central Intelligence Agency analyst that “anything on China that was briefed to Bill English was briefed to Mr Yang Jian”, the National MP revealed last year as having trained spies for China.”

“Brady says it is important to understand the steps the CCP is taking to re-establish full control of China’s society and economy.

The West was expecting the party structure to fade away after economic liberalisation and the rise of private enterprise. China would become naturally capitalist. However, Marxist-Leninist revolutionary theory remains entrenched, Brady says.

Control did get away from the CCP for a time. But under Xi, it has mandated that corporate bosses must be part of the state system. “Today, 75 per cent of the CEOs of all the major Chinese companies, and 100 per cent of the ICT companies, are party members. That means they’re under party discipline, which is above international law and domestic law.

China’s Communist Party has infiltrated various levels of America’s infrastructure and is working to destroy the values of the United States, Secretary of State Mike Pompeo said during a speech Saturday, while also warning state governors to be wary of China’s infiltration.

“We can’t ignore China’s actions and strategic intentions,” he said while addressing the National Governors Association winter meeting. “The Chinese government has been methodical in the way it’s analyzed our system […] it’s assessed our vulnerabilities and it’s decided to exploit our freedoms, to gain an advantage over us at the federal level, the state level and the local level. Competition with China is happening. It’s happening in your state,” Pompeo added. “In fact, I’d be surprised if most of you in the audience had not been lobbied by the Chinese Communist Party directly. “

Then came the news that the chief of the largest state pension fund in the US had allegedly invested in numerous blacklisted Chinese companies that manufacture military products.

“The California-based fund invested $3.1 billion into 172 different Chinese companies, Banks said in an appearance on Fox Business Network. He said that some of the companies invested in have been blacklisted by the U.S. government.”

Should we be worried? Nah, say our politicians.

If you enjoyed reading this BFD post please consider sharing it.

Covid-19 Zaps Us via the Weakest Link

Our Message Is Simple

Please share this article with others as we all need to play our part to protect the vulnerable.
Read more