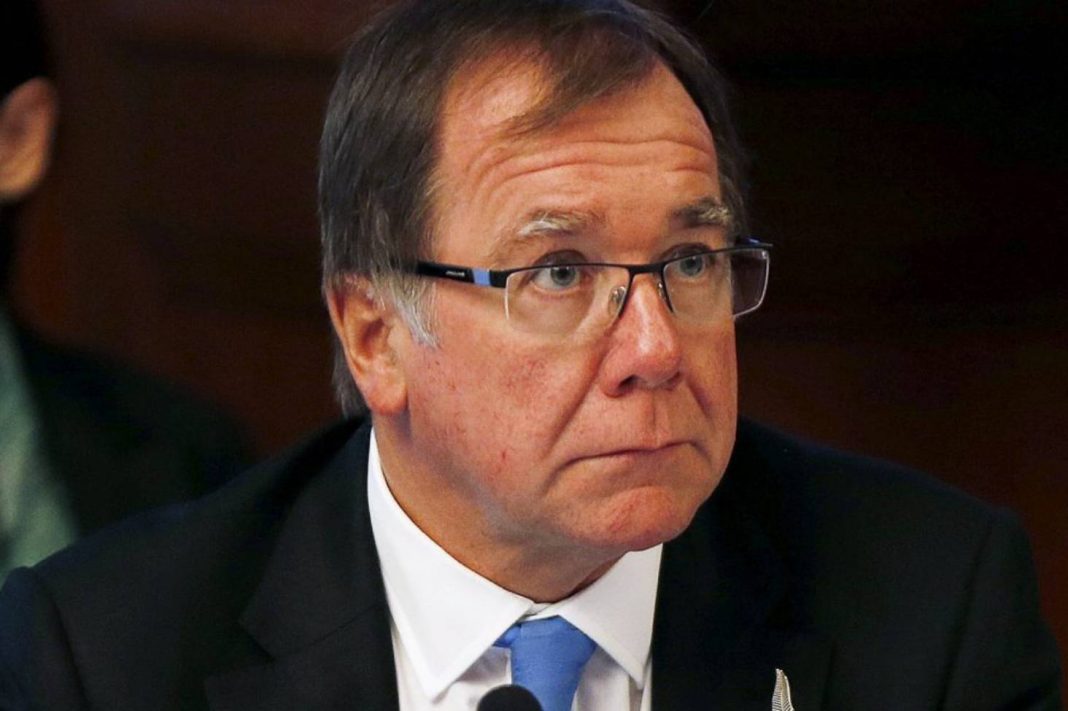 Richard Harman has done some sterling work in exposing the dirty deals done with sheep by Murray McCully. The details are finally public and it isn’t very good reading for a supposedly least corrupt country in the world:

The CEOs of the Ministry of Foreign Affairs and Trade and New Zealand Trade and Enterprise have delivered a final nail in the coffin of Murray McCully’s Saudi Arabian “Agri-Hub”.

The pair have authored a damning letter finally responding to then -Auditor General, Lyn Provost’s , highly critical report on the project which she produced in 2016 when National — and McCully — were still in power.

The letter was sent to the Office of he Auditor General only last week.

The controversy dates back to 2010 when the-then National Government banned live sheep exports which angered a Saudi Arabian Investor, Hmood Khalaf, who had set up a Hawkes Bay farm specifically for the purpose of raising fat-tailed sheep for the Saudi Arabian live sheep market.

The sheep were required for slaughter and consumption during the annual Haj pilgrimage to Mecca,

Through a series of contacts, he eventually persuaded the then Foreign Minister, Murray McCully,  to steer through Cabinet a proposal for a New Zealand sheep farm in Saudi Arabia for which he would supply breeding stock for from the Hawkes Bay. (Breeding stock were not included in the live sheep ban.)

McCully argued that the ban had led to a deterioration in relations with Saudi Arabia and jeopardised New Zealand’s chances of securing a free trade agreement with the Gulf Co-operation Council of Arabian peninsula states.

As part of the package $4 million was paid to Khalaf but there has never any Cabinet paper or minute produced to show that the Cabinet properly authorised the money.

Nearly five years ago, in  June 2015 then-Auditor General, Lyn Provost,   received letters from members of Parliament and a petition from about 10,000 New Zealanders asking for an inquiry into the Saudi Arabia Food Security Partnership.

The Auditor General produced a report in October 2016 which found that there were significant shortcomings in the paper put to Cabinet.

“In my view, settlement of a grievance was provided under the guise of a contract for services,” she said.

“The Saudi Arabia Food Security Partnership was the result of a need to resolve a diplomatic issue and, in the view of Ministers, to settle a Saudi Arabian investor’s grievance.”

Then Opposition MP, now Trade Minister, David Parker claimed in 2015 that McCully was “the first Minister in history to back a multi-million dollar facilitation arrangement which in other jurisdictions is called a bribe.”

There can be no other way to view the unapproved cash trousered by Khalaf. It was dodgy then, and it dodgy today. The CEOs of Ministry of Foreign Affairs and New Zealand Trade and Enterprise have responded to the Auditor General’s report.

[…] the fine print in their response is more devastating.

“The economic benefits anticipated under the Agrihub did not materialise,” the report says.

“NZTE sought to leverage the Agrihub through showcasing New Zealand firms involved in the project’s implementation.

“NZTE participated in the Saudi Agriculture Show in 2015 and 2016 to help support the two companies involved in the Agrihub that were looking for commercial opportunities in Saudi Arabia.

“Further to this, NZTE’s platform at the 2016 exhibition included two additional companies that were not involved in the commercial implementation of the Agrihub project.

“After two years of participation, no distributor in Saudi Arabia sought to purchase the products available. As a result, both companies withdrew their interest and their focus on the Saudi market.”

Sounds like an expensive sham that the taxpayers have funded for no benefit whatsoever.

Cris and Seed concluded that “The advent of the Agrihub did not translate into progress as the FTA has now been stalled for a decade. The Agrihub also failed to generate the economic benefits that had been hoped for at the time. It is MFAT and NZTE’s assessment then that at the conclusion of the process, the $11.5 million Saudi Arabia Food Partnership Agreement did not provide value for money – similar arrangements should not be recommended or utilised again.”

That is a damning assessment on what was essentially a fraud perpetrated on the New Zealand taxpayer. It was all supposed to result in a free trade agreement in the Middle East, it never did.

The worry is the malign influence of McCully is still around because he and his cohort Michelle Boag are still meddling in New Zealand politics by facilitating National’s green proxy party, Vernon Tava‘s Sustainable New Zealand Party. McCully and Boag are also part of the Maori Carbon Foundation which is looking to cash in on another scam, climate change.

We now know that McCully did dirty deeds with sheep in the Middle East.