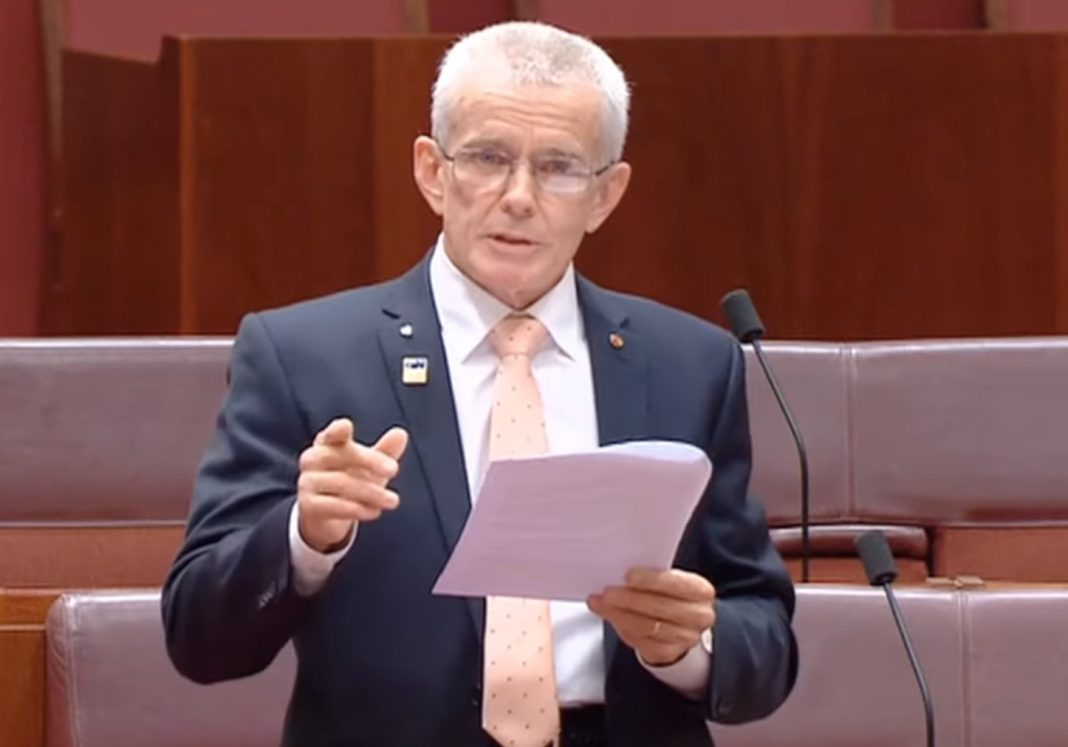 The Aussies apparently want to take our PM to run their country. There are many here who would also like Ardern to be running another country but we are too kind to wish this on our Aussie ‘cousins’. Nevertheless, if those across the Tasman really want her, then I suggest we swap for Queensland Senator Malcolm Roberts.

Roberts recently tore Michael Mann a new one in a Senate speech.

Here is the transcript of the video:

How dare you, Michael Mann. I used tonight’s adjournment speech to challenge Michael Mann to a debate on climate science. Michael Mann is the fabricator of the completely discredited hockey stick temperature graph and is in Australia at the moment so logistics shouldn’t be a problem.

You come down here pretending you have evidence that CO2 from HUMAN activity affects climate and needs to be cut – when you have no such evidence. How do I know? Easy. You released papers that led to the infamous hockey-stick graph falsely fabricating high temperatures. Despite repeated requests from scientists you refused to hand over your data.

Scientifically, your claims should’ve been immediately dismissed. The state of Virginia’s Attorney General asked for your data from the University of Virginia because your research was reportedly taxpayer-funded. Your Uni refused. No evidence. You sued Prof Tim Ball – a real scientist – and then in court refused to provide evidence to support your case.

Didn’t the court find you in contempt?

Regardless, your claim was dismissed. And you failed to provide any evidence yet Prof Ball’s team provided plenty of solid statements from internationally reputable scientists. You are the one in the Climategate scandals who wanted to hide the temperature decline, aren’t you?

You have sued any person that dared to question you – to shut them down. To stop the evidence.

You now say Senator Molan as a policymaker should ask some unnamed great Australian scientists for their opinion – name any with evidence proving HUMAN CO2 affects climate variability.

After 21 years you still have not released data for your hockey stick graph fabricating high temps yet many people have debunked it.

My understanding is that fraud can include the presentation of something that is not true with the intention of personal gain. You claim you were awarded a Nobel Prize.

Your advocacy to stop their use is anti-human and anti-environment. It hurts our security and our sovereignty. Your host, the ABC, has been a blind supporter of, and advocate for, others misrepresenting climate and science – including Al Gore, Rajendra Pachauri, Gavin Schmidt.

None of you have ever presented the empirical evidence proving HUMAN production of CO2 from our use of hydrocarbon fuels hurts our environment and future. You’re here in Australia now so I challenge you to a public debate on climate science and the corruption of climate science.

All you need do is provide me with the specific location of the empirical scientific evidence, the hard validated data, within a logical scientific framework that proves cause and effect, and I will retract this speech.

I need publication title, specific page numbers. No entity anywhere in the world has provided this: Don’t bother to smear me or get someone to smear me. That not only has no effect on me, I love it. I use it to prove that those who smear only do so because they lack hard scientific evidence.

How dare you Michael Mann. Provide the evidence.