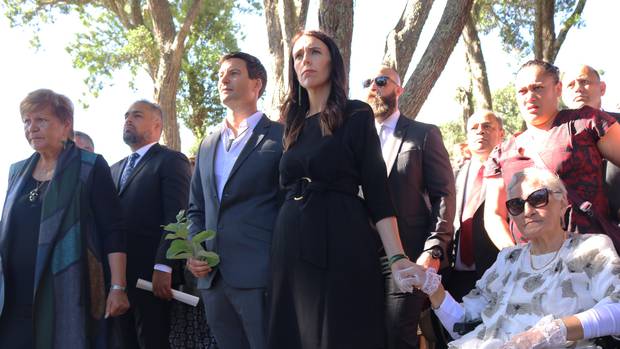 We criticise Jacinda and her government continually for performing badly, or not performing at all – think Kiwibuild, mental health, child poverty, and yet we fail to mention the things that she has done faster than anyone else. It took Helen Clark five years to fall out with Maori, and that was over the extremely contentious matter of the Foreshore and Seabed Act. The vast majority of New Zealanders agreed with Clark over that issue, but it was the defining moment that saw the birth of the Maori Party.

Well, Jacinda has done it in a little more than two years.

The Maori Party, wiped out at the last election, is poised to make a comeback and while that’s a frightening prospect for Labour, it’s music to National’s ears.

Well, maybe, but they will have to get over the 5% threshold although I imagine a few of their candidates will stand in the Maori seats, now all held by Labour.

Laying the groundwork for a Maori resurgence is the firebrand Tariana Turia [...] and the time is ripe for resurgence and Turia knows it.

While I am not in favour of race-based parties, and also think that Maori are perfectly capable of getting elected by themselves, I do have some respect for Tariana Turia. She really does try to do her best for her people, unlike most politicians.

This week Turia’s ignited the blowtorch, telling us Jacinda Ardern’s out of her depth. She and four powerful Maori women leaders wrote to Ardern last November seeking a meeting over Whanau Ora, the brainchild of Turia, which channels money directly to Maori families rather than feeding it through the wider bureaucracy.

Turia is totally right when she says that Jacinda is out of her depth. We all know that, but very few say it publicly. Turia is also right to say that this government is channelling funds away from front line services. This government is the master of bureaucracy. Think Kiwibuild, where at least a billion dollars has been allocated but only about 600 houses have been built. (I went to check on the actual number, but guess what? The progress counter has been removed from the Kiwibuild website! Now there’s a surprise…)

Mistake number one for Ardern was to ignore the letter from the kuia.

Well, it wasn’t from children asking her to ban plastic because it makes turtles cry. While apparently Jacinda is now offering to meet up with Turia and the other women involved, anyone with half a brain can see what is going on. Jacinda doesn’t want noisy protests on Waitangi Day. I hope Turia doesn’t kid herself that there is any other motive here.

Mistake number two the Prime Minister made was to become involved in the Ihumatao protest, telling the owners of the land Fletcher Building that there will be no housing development on it until the dispute’s settled.

Which effectively told all New Zealanders that it is OK to illegally occupy private land that has been part of a Treaty settlement. Property rights? What are they?

Jacinda was late for her plane taking her to the islands when she made that statement. It was stupid, badly thought out and exactly on par for our hopeless prime minister.

It was a Maori issue to sort out, not the Government’s, which has no place in overriding what was a business transaction. It sends so many wrong signals and any settlement, certainly if it involves taxpayers’ money, will compound that.

Jacinda has been cuddled and praised at the last two Waitangi Day celebrations – a sharp contrast to the way John Key and Bill English were treated in prior years, even though both of them did more to help Maori than Jacinda ever will. I wonder if she will don her apron and serve breakfast this year. If I know Jacinda, she will stay for the ceremony, and beat a hasty retreat once it is over. That is Jacinda’s form. In the meantime, we must acknowledge her deftness in this one issue. No other recent prime minister has fallen out with Maori in their first term. At least she has one record to her credit.

The BFD Match the City to the TV Show Quiz

New to the BFD?

First of all, I want to warmly welcome new readers of the BFD that have come on board recently. Our statistics...
Read more