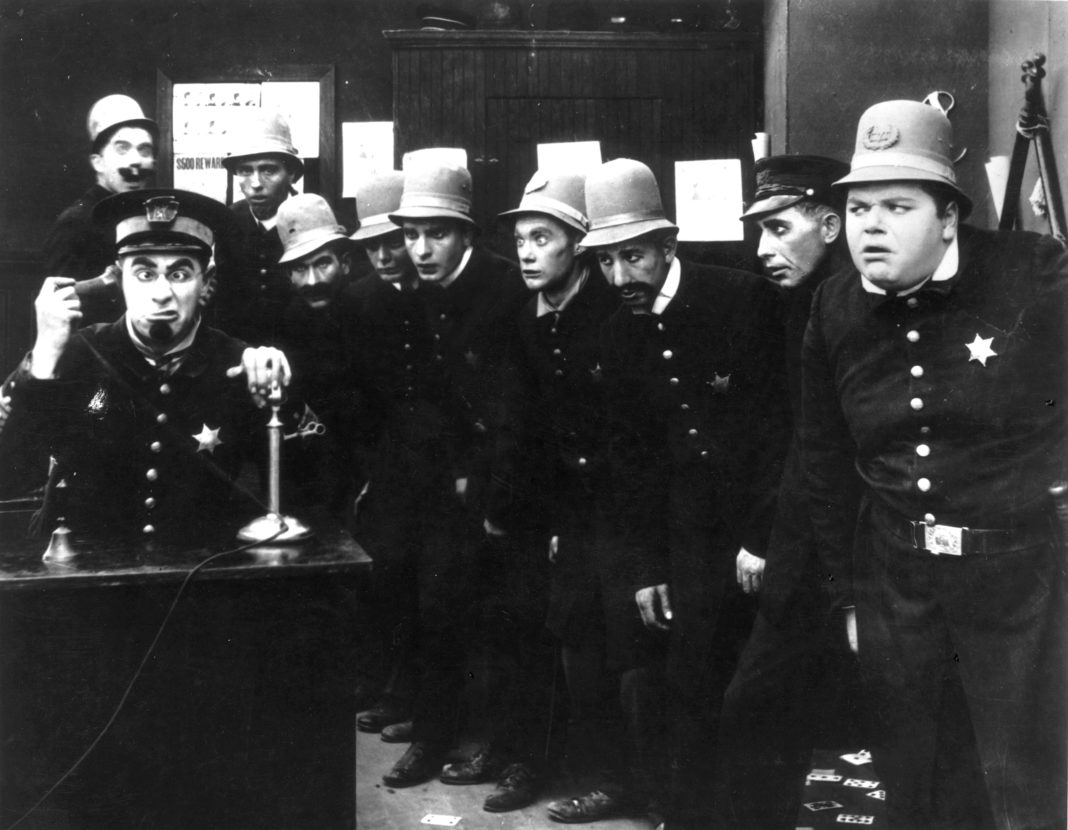 Details of the heist of guns from the Palmerston North Police station have been revealed in court today and what an eye-opener it has been:

When two officers pointed their pistols at a man high on P stealing guns from the Palmerston North police station, the thief took no notice and carried on.

Allan James Harris was in the middle of the Anzac Day heist, in which he took nine guns from the station and attempted to remove more, when he was spotted.

As Harris was loading guns into his car outside the station shortly after 7.30 the morning of April 25, Sergeant Stephen Guy and Constable Shane Harding yelled at him to stop.

“I drew my police pistol and pointed it at him and called: ‘Stop, armed police, put the gun down,'” each officers said, according to police documents about the incident released under the Official Information Act that reveal new details about the crime.

Harris just looked at Guy and Harding and loaded two guns into his car before driving off.

Good grief, it reminds me of Constable Penhale from the series Doc Martin. What is the point of drawing a pistol if you are only going to watch the perpetrator drive off? The reason why they didn’t do more was probably because they were concerned about the safety of their feet.

What happens next is seriously concerning:

On Anzac Day, he saw a door to the station was open when he peered over the back fence, made his way inside, kicked open a door and took 26 guns to the back of the station, later telling police he needed money and had taken advantage of an opportunity to steal. He didn’t load all 26 into his car.

A transcript of the police radio communications from that morning indicated Harris got away driving a maroon-coloured car along Princess St towards McDonald’s.

Police quickly locked down Palmerston North and officers took up positions on main routes such as the Saddle Rd, Pahuatua Track and Tremaine Ave.

Staff were called from as far as Levin and Otaki and early on police thought Harris only had two guns, which is what they told Police Minister Stuart Nash at 10.38am.

So, the first response from Police was to misinform their minister. If they didn’t deliberately misinform him then the only alternative is they actually had no idea how many guns were lifted. This then leads one to ask how on earth Police can honestly claim they can run a gun register when they can’t even look after 26 guns in their own possession. Why haven’t the fools been sacked yet? But wait it gets worse:

With the search for Harris under way, the police’s public relations response started taking shape.

Police did not publicly confirm any details about the burglary until a press release was sent out at 2.50pm on April 26, 31 hours after the guns were taken.

Manawatu area commander Inspector Sarah Stewart told a press conference at 4.30pm on April 26 it was “the first opportunity that we have had as part of the investigation to notify the public”.

But police had started working on its response as early as 8.40am the day of the burglary.

Draft versions of a media statement were tagged as “reactive”, meaning it would not be sent out unless there were inquiries.

A member of the police media centre said they would let Stewart know “as soon as we get a query from media (if we get one)”.

Yep, a cover-up for sure. They misinformed their minister and they then followed that up with preparing a bullshit response while hoping that no-one would ask any difficult questions.

Police also used the intelligence team at its national command and co-ordination centre to check social media for anyone talking about the burglary online.

I bet they were hoping it wouldn’t leak out into the wild.

The press release went through many changes and at one stage there were two versions.

The first, noted in an email as being the one Stewart preferred, was four lines long and made no mention of firearms being stolen or a description of Harris.

The second contained much more information, including “reactive key points” about what people wanting to hand in firearms for the buyback should do.

WTF! Hand in guns to clowns who can’t secure their own Police station? This proves beyond a shadow of a doubt that the Police response was

a) A cover-up for their ineptitude and

The changes to draft press releases show had identified Harris as the burglar by 4.40pm on Anzac Day.

They were searching properties for Harris about the same time, with Cassandra Anderson, the chief adviser to the police commissioner, saying in an email: “We are waiting to see if the team can catch him before going live on this.”

I bet they were hoping they could wrap it all up and hose it down quietly, but the fools couldn’t catch him.

The police media team also put together a list of “key messages” and a mock question-and-answer scenario sent to Stewart and someone at Nash’s office.

Yep, it was now political and the Police were now covering for their minister.

It included questions about why police should be trusted with guns during the buyback if they cannot keep them secure and implications for the buyback scheme, along with proposed answers.

Good questions to which there have so far been completely unsatisfactory answers, and for all intents and purposes it looks like the Minister was donkey deep in it all.

Harris was arrested on April 27. In an interview with police in early May, he said: “I was high on meth at the time. I just grabbed as many guns as I could, put them into a shopping trolley.”

This does not look good for Police, nor their minister.

Let’s look at how bad this is:

Why has no-one been sacked? Why is the minister still in his job?