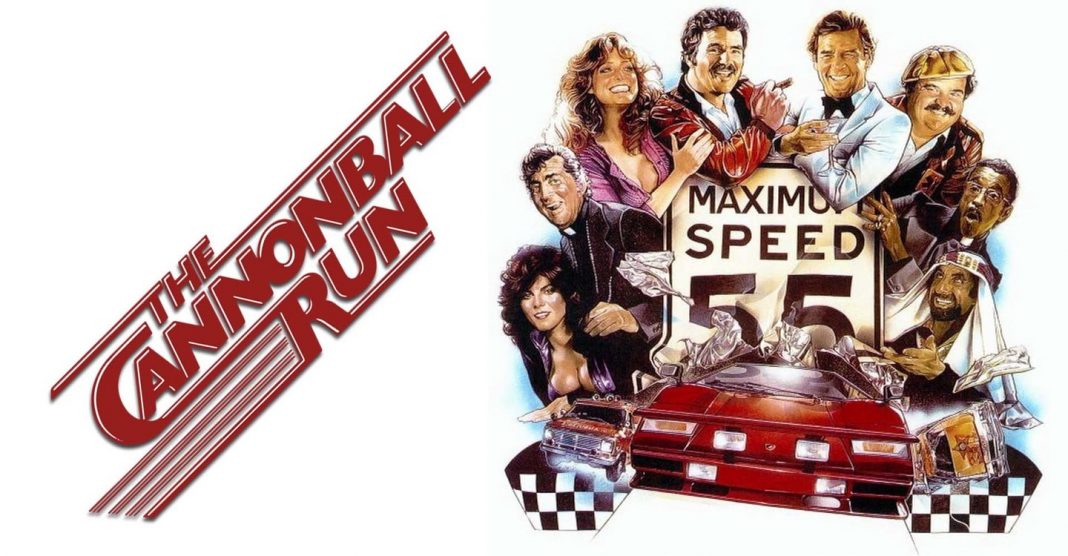 I well remember back in 1981 when I got hooked on cars. I was fifteen and about to go for my drivers licence. I was about to be set free in my Mum’s HQ wagon. No supervision, no skills, no concept of mortality. Quite how I didn’t kill myself or someone else, I have no idea.

But set loose I was. I passed my test on Friday the 13th, not long after the best car movie I had ever seen had just been released. You might remember it too. Burt Reynolds wooing Farrah Fawcett, a never-ending stream of incredible vehicles, Lambo Countachs, Ferrari’s, V8s of all types, heaven for a kid not quite old enough to become a National Party candidate, but old enough to already know that the way to your girlfriend’s heart, (and other more important things), was only a well-executed hand-brake slide away. Yep, The Cannonball Run.

Sure I had seen Gumball Rally, and all the Terrance Hill and Bud Spencer smash-em up and burn-em out movies, but the Cannonball Run was the one that really kick-started it all for me. The thought of racing across America, dodging and outsmarting witless Cops all the way really appealed to me.

Maybe this is why I like NZ Targa so much! And maybe it has been a catalyst for all the driving holidays my wife, kids and I have enjoyed in the good-ole U.S. of A. (45 states and counting!)

So I was stoked to see that there has been a new record time set for the latest Cannonball Run, a 2825 mile sprint from New York to L.A.

Erwin “Cannon Ball” Baker set the first records for driving from East Coast to West, eventually nailing a time of 53.5 hours in 1933 behind the wheel of a Graham-Paige Model 57 Blue Streak 8. Brock Yates eclipsed the mark with his Cannonball Baker Sea-to-Shining Sea Memorial Trophy in 1971, the Cannonball races during 1970s getting the time down to 32 hours and 51 minutes in 1979.

But it took 34 years and hundreds more attempts before anyone cracked the 30-hour barrier, which Ed Bolian and Dave Black did in 2013 in 28 hours and 50 minutes. Six years later, that record’s been smashed: Arne Toman, Doug Tabutt, and spotter Berkeley Chadwick blasted from the Red Ball Garage in Manhattan to the Portofino Hotel in Redondo Beach in 27 hours and 25 minutes.

That’s an average speed of 103 miles per hour, or for you Millenials, 166 km/h. Average you understand; to do that, speeds of over 300 km/h were recorded.

So how can you do that without getting caught? Technology, a fast car, and balls, really big balls, because at those sorts of speeds, an open road is infested with all manner of motoring hazards, heavy motor vehicles and potholes, it can all go wrong very quickly.

But this sort of thing doesn’t come easily. To beat the record you will need a slightly modified Mercedes E63, 520kw, a thermal scope on the roof, stabilised binoculars, radar detectors and jammers, an aircraft collision avoidance system, strategically placed spotters, a cop finding app, an extra fuel tank, and coffee!

So why don’t we have something like this in NZ? Well, we used to actually. There was an underground Cannonball Run event that ran from Auckland down to Wellington. It was only for people in the know and no-one knew when it would be run, or who organised it, you just knew to look in the paper on a certain day for a certain vague run-on ad and turned up at the appropriate time and place. Word has it that it was actually run by a slightly dodgy MoT traffic cop but I couldn’t possibly comment on that.

But in any case, don’t try this at home. It can all turn to custard very quickly and there have been plenty of big crashes on these sort of events and the last thing you would want to do would be to crash your Merc, especially if you’re an overweight German!

Taste Tuesday: HOW to Poach an Egg Perfectly

The BFD Video: Top 10 Recycled Actors in Doctor Who

The BFD Video: Why They Won’t Make Jokes About Hillary Clinton…

The BFD Video: The Biggest Problem With Identity Politics

What They Promised vs What They Delivered: Part Eight

The BFD Stuff Up of the Day: UPDATED

The BFD Map of the Day: Origin of Foreign Daesh (ISIS) fighters in 2015

The BFD. Cartoon credit SonovaMin Election year has already started and The BFD is primed for action....
Read more

A Toxin That Should Be Annihilated at This Year’s Election

George One of the greatest private enterprise success stories during the last two years has been the growth...
Read more