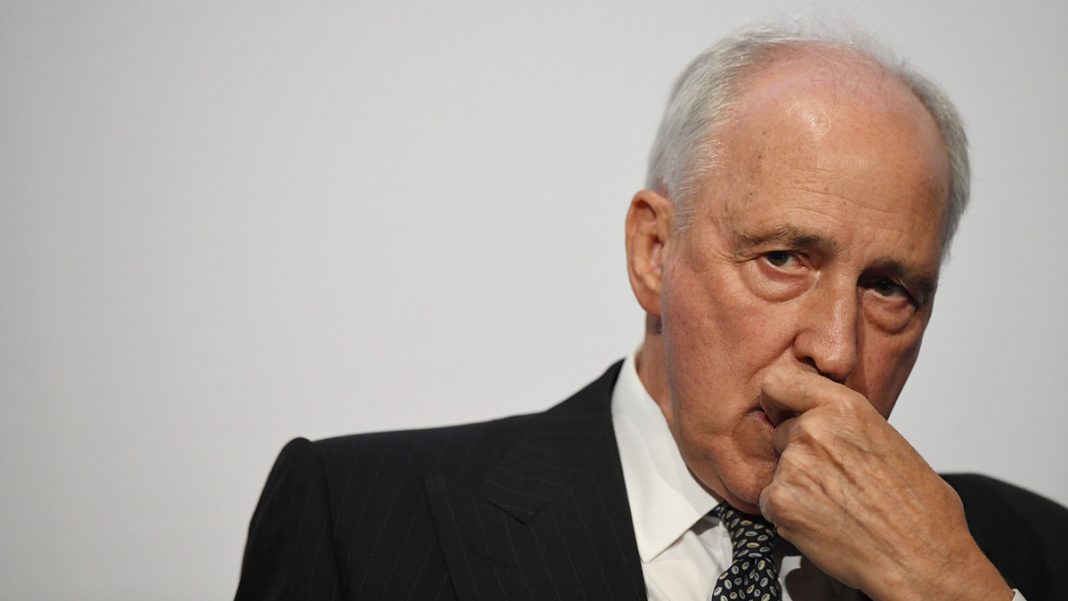 Former Australian prime minister Paul Keating coined the phrase “relevance deprivation syndrome” to describe former politicians who imagine that the world hangs on their every utterance. He would be wise to consider that that applies to him as much as anyone else.

He might also care to ponder the phrase “useful idiot” as well, as he noisily wedges himself into public debate, defending a brutal communist dictatorship.

Australia’s media was “up to its ears” in fanning fears about China’s rise and had failed in its duty to the public to present a balanced picture of China’s rise, Paul Keating said.

[…] Mr Keating said the “subtleties of foreign policy and the elasticity of diplomacy are being supplanted by the phobias of a group of nat­ional security agencies which are now effectively running the foreign policy of the country. And the media has been up to its ears in it”

Ah, yes, the “subtleties”. Previous “subtleties” of Keating foreign policy includes stuff like kissing up to the brutal regime of “his avowed friend”, Suharto. Suharto, it might be recalled, came to power in a bloody coup, in which millions are believed to have been killed. He ran Indonesia as a brutal kleptocracy and illegally and bloodily occupied East Timor for decades.

Keating just loved Suharto. Just as he does now, he fulminated against the “rabid media” and its supposed “wilful reporting” of Suharto’s crimes (crimes Keating vehemently denied). Keating has form with defending dictators, it seems.

It might also be worth mentioning that Keating is on the international advisory board of the communist-owned China Development Bank.

Others speaking at the same foreign policy forum, and presumably less beholden to communist paymasters, took a different tack.

The former head of the Department of Prime Minister and Cabinet, Martin Parkinson, said China’s rejection of travel visas for two Australian MPs was a sign of diplomatic “immaturity” […]

Former Defence Department secretary Dennis Richardson said Australia was “on the right track, and the government has not been sitting back, doing nothing”.

He dismissed the need for a grand plan, saying such a thing did not exist in the real world. “Policy management does and we do that pretty well,” he said.

But in a video interview shown at the forum, Steve Bannon, former chief strategist to Mr Trump, warned against keeping a constructive relationship with China. “We have to confront this totalitarianism,” he said.

Current government ministers, as opposed to 80s rejects, are also markedly less sanguine about a sanguinary regime responsible for a staggering array of abuses.

Senator Abetz told ABC Radio on Tuesday that China’s organ harvesting trade was completely unacceptable and “a breach of every concept of human rights”.

“Our relationship with China is very important. That said, we have an even higher calling and that is to ensure we do not provide comfort and succour to the barbarism that’s occurring,” he told ABC Radio on Tuesday […]

Senator Abetz said…“I would say to the Communist regimen in China is you’ve got enough problems with Hong Kong, you’ve got enough problems with the Uighurs and the persecution of religious minorities and this is just the most barbaric matter that the Chinese authorities are allowing,” Senator Abetz said of forced organ donation.

“It needs to be stopped, it needs to be condemned and those who have engaged in it need to be brought to justice,” Senator Abetz said. “This is a test of China in the international community and I hope they understand that Australians and citizens around the world condemn this activity.”

Not all Australians, unfortunately. Some are just happy to pocket the board member’s fees and kiss the arse of brutal bullies.

Chinese Virus Outbreak. Only Surprise Is It Didn’t Happen Sooner.

Europe Shouldn’t Shut Their Coal Mines Quite Yet

A Toxin That Should Be Annihilated at This Year’s Election

The BFD. Cartoon credit SonovaMin Election year has already started and The BFD is primed for action....
Read more

... and will never do so again. There were a couple of reasons why I stopped donating. The...
Read more