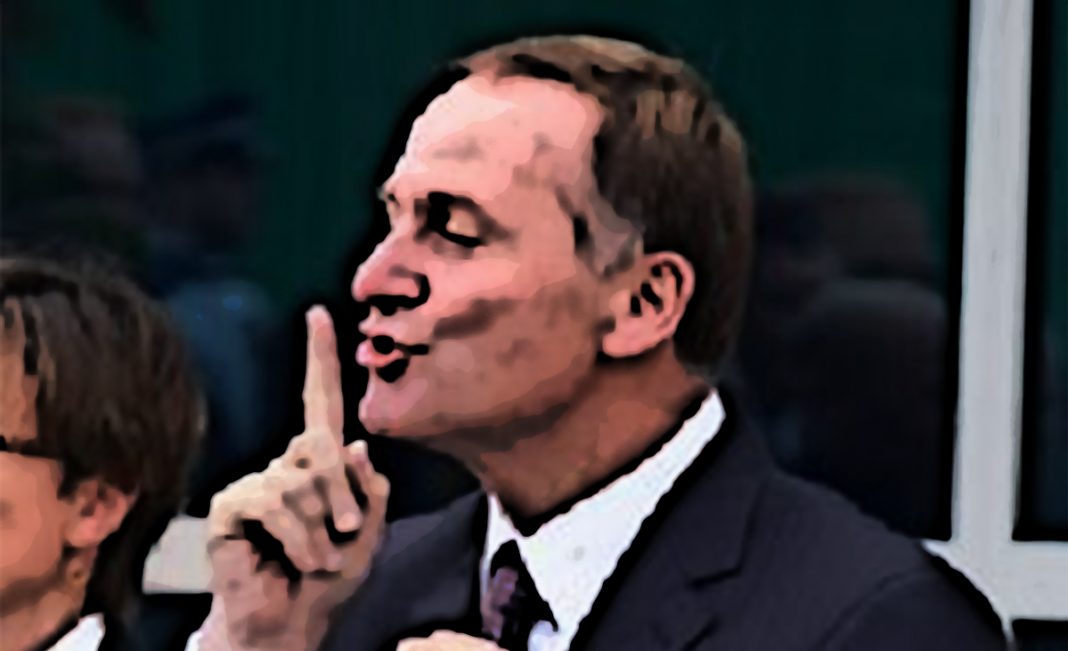 National is panicking. They have started to realise that they need friends and they’ve also realised that the blue/green party is born nonsense.

That probably explains why John Key has been tasked with gathering up support for a new political party and has been talking up such a prospect to senior and wealthy business people.

This is how it works. John Key gets an invite to dinner or a group to talk about whatever. Discussions inevitably steer towards the dreadful leadership of Simon Bridges and the need for a partner for National. At this point John Key suggests that the only viable option is for Judith Collins to go off and start her own party. Otherwise, he says they will have to deal with Winston Peters and he would rather see them booted from parliament than have to deal with him. He then says, that in his considered opinion, it is the only viable option. Those gullible business people, still thinking that John Key is the messiah then run around playing Chinese whispers and spreading the idea.

Quite how he thinks he can go around making such pronouncements is beyond this writer’s comprehension, save the only reasonable assumption one could make and that is that he is doing this with the approval and blessing of Simon Bridges and his leadership team.

However, it does expose Key somewhat as he retired from politics, got his knighthood, and a couple of cushy government appointments. Now he has run off to China and was granted an audience with Xi Jinping which is something Simon Bridges never achieved on his largely ignored trip to China. Now he is off to see the Pope. Seriously? What on earth for? He isn’t even Catholic.

It is obvious that he is still playing politics, but that causes him problems with his board positions, particularly the position he holds at Air New Zealand. That is a government-appointed position, and he has meddled in the selection processes in attempting to anoint Christopher Luxon. And now he has a meeting in China with Xi Jinping. Mind you, John Key has always had a desire to sit on the board of one of the big Chinese Banks, a desire he expressed often enough to his political colleagues.

John Key had his time in the sunlight, he got his knighthood, but failed in his other two goals of winning a fourth term and being the longest serving National PM. He should quietly bugger off and do his business thing and stop playing politics. He’s either in politics and out of business, or he’s in business and out of politics. He can’t do both. Not if he wants to keep his government board appointments.

Trying to facilitate setting up a political party that would see the end of the government that appointed him, kind of paints a rather large target on his back.

The major failure of this so-called plan is a failure to consult with Judith Collins. I can imagine that any business leader who approached her with this construct would be told in no uncertain terms that it isn’t going to happen no matter how believable John Key makes this fantasy appear.

Simon Bridges would be all for this as it would remove a thorn in his side and also theoretically put paid to any thought of having to deal with Winston Peters.

This is yet another dog that won’t hunt.