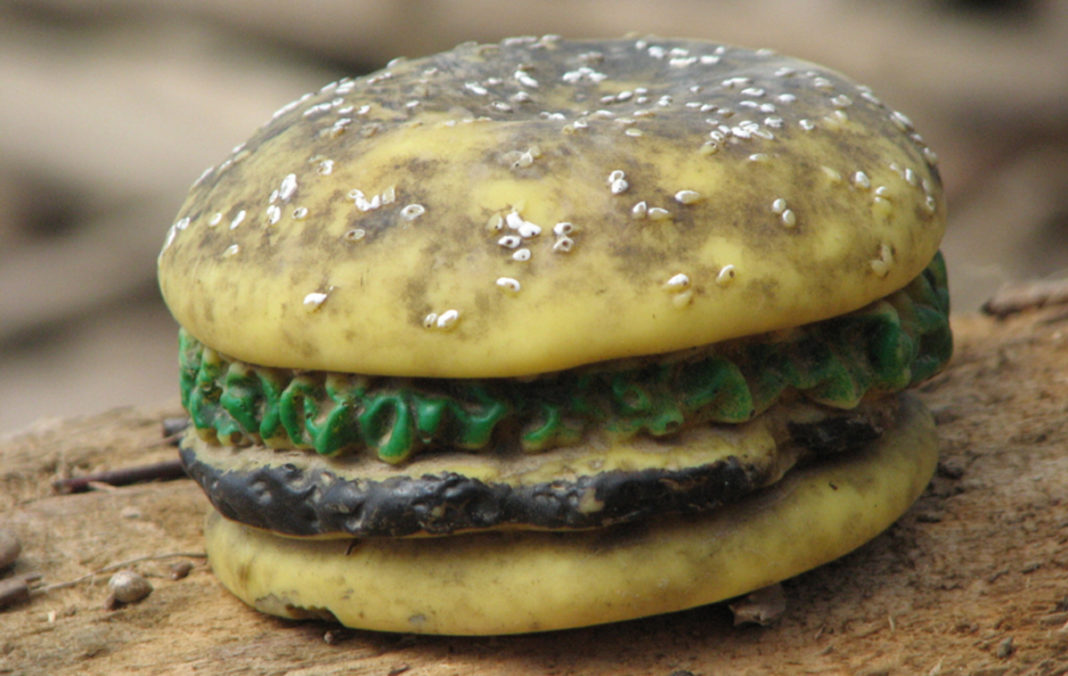 The behaviour of virtue-signallers is always marked by hypocrisy and ignorance. Hollywood eco-crites jet from mega-mansion to climate summit in their fleets of private planes. A British study found that the most ostentatiously “green” lifestylers tend to have the biggest ecological footprints, mostly on account of their addiction to overseas holidays.

Food is the ultimate virtue-signal. From ostentatiously posing with their hemp shopping bags at farmer’s markets, to endlessly fretting over how “heirloom” their quinoa is, almond-fussing elites constantly use their food choices to virtue-signal their superiority to the Maccas-guzzling plebs.

Yet, they’re flocking like sheep to shovel the ultimate factory-made gunk into their smug gobs.

The new food guide has advised Canadians to eat less meat and more plant-based proteins, to avoid the health risks associated with eating red and processed meats, like cancer and heart disease.

But [Jim] Thomas says that if consumers are choosing meatless burgers as an alternative, they need to think again.

“These are what we call ultra-processed foods,” he said. “You’re talking about a very processed bean protein basically that’s being mixed in with various other ingredients.”

“The latest Canada Food Guide says very clearly, ‘keep away from highly-processed foods.’ And some of these burgers have something like 19 different ingredients and they’ve been massively processed.”

Thomas also raised concerns about the nutritional profile of these meat alternatives.

“Not only is the saturated fat pretty much the same but actually … [there is] a lot more sodium than you would have in normal meat.”

Fake meat companies have also relied heavily on marketing themselves as being better for the planet […] But the ecological claims of the fake meat industry have drawn skepticism from those who say that highly-processed plant-based products are still taxing on the environment.

“These fake meats only really address one part of the problem in the food system,” Thomas said. “They’re still drenched in pesticides. They are still produced in monocultures. None of that gets shifted […]Soybean production, for example, is massively problematic in the Amazon which is burning right now partly because of the clearances and the impact that’s had on the climate,” he said.

Fake meat is the ultimate “frankenfood”.

“We’re moving into the idea of food being something that’s produced in a lab, in a factory really, away from the sort of food produced in nature that I think most people want.

“I think when most people think of the kind of food they would like to feed their family, it grows on a farm and it’s grown by farmers and it’s in the environment and it works with bees and pollinators. That’s 180 degrees from the vision of food of these companies.”

If the almond-fussers really want to consume meat that’s ethically sourced, pasture-grown, and free from hormones, it’s time they wrapped their laughing gear around some Whale Meat from The Whale Meat Company which is 100% fake blood free!