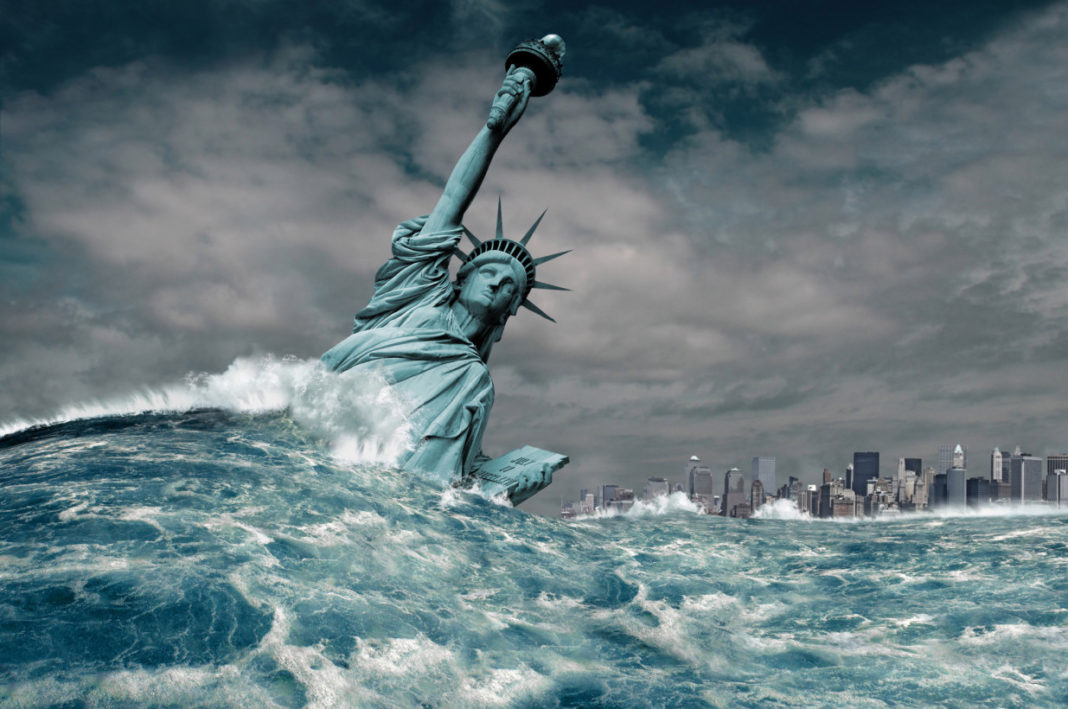 Listening to the apocalyptic shrieking of the Klimate Kids and the Extinction Rebellion nutters, it is clear that they are not only staggeringly ignorant of “the science” they fetishise, but completely and utterly divorced from anything approaching reality.

Like old-fashioned fire-and-brimstone preachers, scowling teenagers rant about the fire, tribulation and wailing and teeth-gnashing which awaits us climate sinners. But the strictly empirical evidence to date is that the mild warming of the 20th century has been extremely beneficial. The world has greened, fires have declined dramatically, natural disasters like cyclones have decreased, droughts have remained stable or decreased, and food is ever-more abundant.

Those are the facts. Not “projections”, but hard, empirical data.

The concern over climate change is not so much about the warming that has occurred over the past century. Rather, the concern is about projections of 21st century climate change based on climate model simulations of human-caused global warming, particularly those driven by the RCP8.5 greenhouse gas concentration scenario.

Simulations and models should never, ever be confused with empirical data, let alone regarded as hard facts. And certainly not models which are “useless pieces of junk or worse…when they are used for climate forecasting”.

Politicians, media, and half-educated children, with scarcely even the most rudimentary grasp of such science basics, are easy, gullible targets for propaganda. Unfortunately, they’re being fed a steady diet of propaganda and told it’s “science” – and they believe it.

The Intergovernmental Panel on Climate Change (IPCC) Assessment Reports have focused on assessing a likely range (>66% probability) for projections in response to different emissions concentration pathways. Oppenheimer et al. (2007) contends that the emphasis on consensus in IPCC reports has been on expected outcomes, which then become anchored via numerical estimates in the minds of policy makers.

In other words, IPCC reports “project” that, on a worst-case scenario, temperatures might rise by 3 or more degrees. This is filtered through politicians and media, to become: “temperatures are going to rise by 3 degrees!” Gullible, terrified children amplify that to “We’re all going to die!”

It’s a spectacularly idiotic outbreak of the madness of crowds, fuelled by a steady avalanche of ideologically-amped Chinese whispers.

This is utter nonsense. There’s a worst-case possibility that Earth could be invaded by hostile aliens at any given time. Would anyone argue seriously that we must therefore, spend everything we can building giant space-laser defences to fend off the alien invasion?

Of course, the alien invasion scenario is barely credible. But then, so is climate catastrophism.

The issue then becomes how to judge what is ‘credible.’ It has been argued here that a useful criterion for a plausible (credible) worst-case climate outcome is that at most one borderline implausible assumption – defined as an assumption where experts disagree as to whether or not it is plausible – is included in developing the scenario.

[…]The largest rates of warming that are often cited in impact assessment analyses (e.g. 4.5 or 5 oC) rely on climate models being driven by a borderline implausible concentration/emission scenarios…Even the more moderate amount of warming of 3.1oC relies on climate models with values of the equilibrium climate sensitivity that are larger than can be defended based on analysis of historical climate change.

[…]The most extreme of the published worst-case scenarios require a cascade of events, each of which are extremely unlikely to borderline impossible based on our current knowledge base.

In other words, the science is not “crystal clear”. In fact, the catastrophist fantasies of idiot children and green politicians (tautology?) have no evidential basis whatsoever.

“Climate emergencies” are nonsense on the tallest, most rickety stilts imaginable.

Parents Need to Stop Dumping Their Own Baggage on Their Kids

The Art of Dealing with Thieving Communists

Another Kiwi in an Indycar? Wouldn’t Bet Against It.

What Now for the ‘Spare’?

We Are All Still Racists, Apparently

Climate Education in Schools a Disaster

Open Letter to the National Party

What Does the Trump Trade Deal Mean for Australia & New Zealand?

CONSERVATISM’S GREATEST ENEMY isn’t socialism – it’s radicalism. The impulse to uproot, upend, and overthrow all that is old, settled and esteemed is the essence of radicalism. Though most conservatives would be taken aback by the suggestion, a powerful case can be made that for the past 40 years the most dangerous radicals have not been the partisans of socialism, but the promoters of unfettered capitalism.
Read more