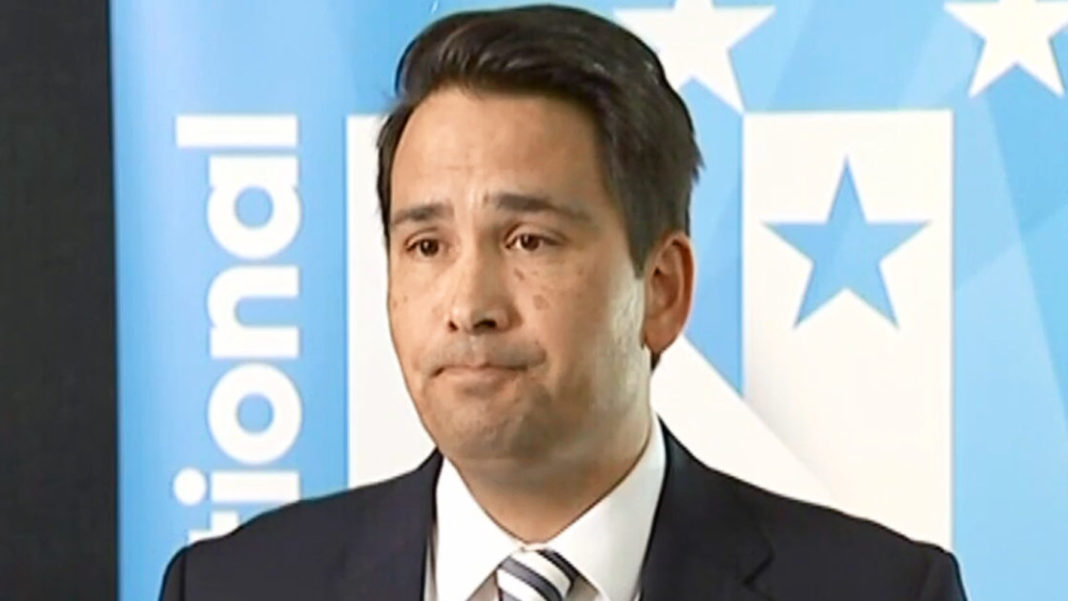 Yesterday a bunch of woke wankers decided that their fears and worries should command more attention than honest, hard-working taxpayers and so, aided and abetted by Stuff reporters jizzing their y-fronts, they decided to disrupt Wellington.

“I’m never going to be opposed to someone being able to express their opinion and express their voices but blocking people from being able to go and do their day-to-day job doesn’t necessarily take us closer to the climate action they’re calling for,”

They aren’t calling for climate action, they are calling for the destruction of the economy.

So, what does the Boss Womble of the Womble party say with regards to the disruption to citizens going about their lawful daily routine?

Simon Bridges is telling Extinction Rebellion protesters in Wellington to march on the “woke” Government doing “nothing” about climate change.

The National leader described the Monday morning protest – blocking the entrance of the Ministry of Business, Innovation and Employment (MBIE) on Wellington’s Stout St – as “nonsense”.

“I think climate change is real and think we’ve got to act,” Bridges told Magic Talk.

Has Bridges not heard of the saying, ‘Go Woke, Get Broke’?

He’s limper than a week-old lettuce sandwich at a Lambton Quay cafe.

In the contest of ideas in politics, he’s just given up and decided that he wants to out-woke the Greens and Labour.

To paraphrase Henry Curtmantle, will no one rid us of this turbulent weasel? Has he not learned the lesson from the Liberal victory in Australia?

It is clear that Simon Bridges believes in climate change and not only that, he believes that we HAVE to act.

He clearly doesn’t want to be called a denier. But this shows that he is definitely in the wrong party.

Whilst he may think the voting public think he’s cool for singing syrupy renditions of Elvis Presley, most of us just look on in astonishment that the Womble party caucus think that he’s the one to take them to victory next year.

The reality is becoming more apparent by the day: that he’s a dud. Time for him to go…quietly or otherwise, it matters not, he just needs to go.

I can’t wait to see Paula Bennett announce that the Womble Party theme song for the election will be: