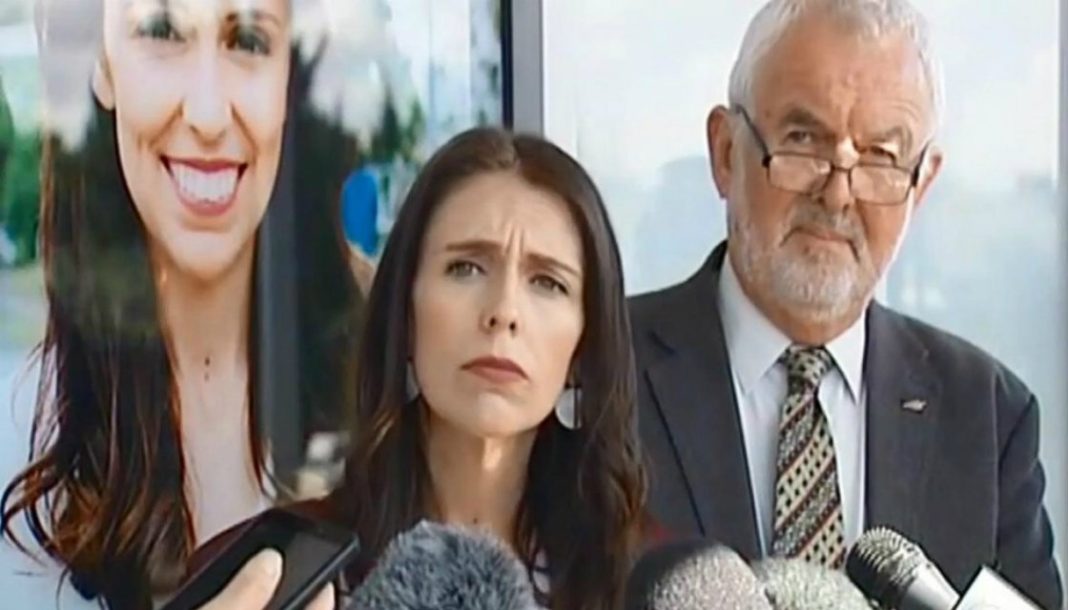 While listening to Jacinda’s interview with Mike Hosking yesterday morning, it was impossible not to notice how her demeanour has changed. Gone were the quips, the cheery voice, the almost patronising tone she adopts with Hosking every week. This was someone under enormous stress. Her tone was flat, she said the same thing over and over. No one was believing her – and she knew it.

If Jacinda is feeling the pressure of the numerous Labour sex scandals finally coming home to roost, then she has only herself to blame.

How she could expect to continue to hide behind process and reviews time and time again, is beyond me. It is her favourite form of obfuscation. She never has to give a definitive answer to anything whilst there is a review in progress, or a report is being written. It was only ever a matter of time before this tactic would no longer work. This time, the mother of hugs; the leader of the country’s most ‘open and transparent’ government; the prime minister who claimed that there is no need to lie in politics, is laid bare for all to see. She has no substance and the truth is something she flirts with on occasions, but never engages with in a serious way.

How exactly she thought she would ever get away with having the alleged perpetrator of serious sexual assault accusations continuing to work in her office shows how naive she really is. Has she completely forgotten the haranguing that John Key suffered for weeks over playfully pulling a waitress’ ponytail: in public and in front of his wife? Did she really think that the media, which has had a love affair with her since her very first day, would let her get away with covering up sexual assault within the Labour party, on more than one occasion? Did she really think everyone would fall for the lie that she could do nothing about the alleged attacker, when he worked in her own office and she could have stood him down at any time? Why did she not have him removed as soon as complaints started to surface? Anyone working in the office of the prime minister must be always above suspicion. A new low has been set in the office of the current prime minister.

She obviously thought she could get away with it, because everyone loves Jacinda and she can do anything she wants. Not any more.

Or could it be that the Labour hierarchy kept the truth from her, because she is so clueless that they basically just ignore her most of the time? Maybe they just didn’t want her to worry her pretty little head about it?

The victims of the alleged attacker were told that they were going to be ignored because this staffer is too valuable. That alone raises the question of the moral quality of those who work in the top echelons of the current government. How did Jacinda not see what a ticking time-bomb this matter has been all along?

Forget all that. Why did she not do something for the victims? Why did she not talk to them? Jacinda had a reputation, now tarnished forever, of being kind and caring and of being in charge of a government concerned about wellbeing. Did she ever give even a second’s thought to the wellbeing of the victims? It seems not.

Just stop and think of some of the scandals that embarrassed the previous government. There was Ponytailgate, of course, along with John Key mincing along the catwalk, his 3-way handshake and his games with radio jocks over a bar of soap. Then there was the endless hounding of Judith Collins over a meeting in China. There was the unfortunate Todd Barclay case, where a young and inexperienced MP was hounded by the media. Then there were the Aaron Gilmore and Maurice Williamson cases, where, as soon as there was a hint of inappropriate behaviour, they were forcibly stood down.

Compare all of those with a person working in the prime minister’s office, accused of sexual assault, where the party has tried its best to brush everything under the carpet so he could continue with his job.

Jacinda, on the Mike Hosking show, described herself as an employer, which, while not absolutely accurate, makes the situation worse. It is the duty of employers to look after the welfare of all of their staff and to take appropriate action to protect their staff members. Any employer who protects an alleged attacker and hangs his victims out to dry is a disgrace. Jacinda should hang her head in shame; but if she is hanging her head at all today, it is because she has been caught out. No other reason.

The electorate can now see that this government is incapable of doing anything properly. Whether it is corruption or just plain incompetence (and what incompetence!) makes no difference. The halls of power are peopled by fools. And dangerous fools at that.

Labour should have known that, by making Jacinda their leader, her naivety and incompetence would show itself in the end. They were so desperate to get into government that they were prepared to do anything to achieve it. Well, it is all unravelling at a rate of knots now.

Never mind; she has a trip to New York coming up. That will be a great opportunity for some good photo-shoots so that she can appear on the cover of a few more magazines and put all this behind her. I wonder if she will take Neve along again? Why not? It worked last year.