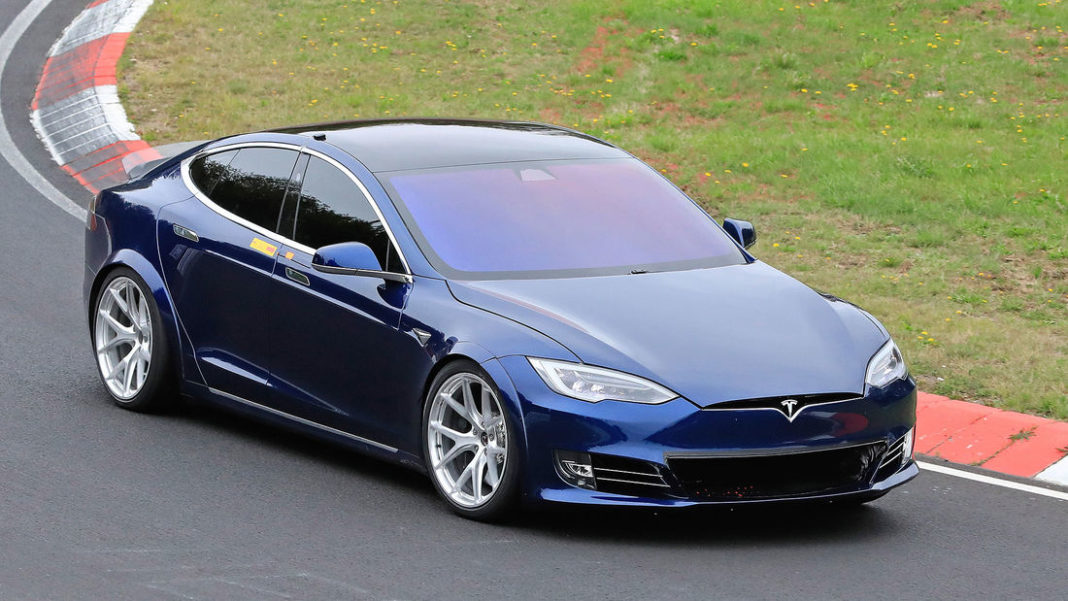 Musk is splashing the cash trying to show the world that the Tesla S is better than the electric Porsche, so he has sent a Tesla S to Germany to try for the Nürburgring record.

The nearest charging point is in the nearby town but it is not a “supercharger” so would take too long to recharge the car.

The simple solution for Musk was to install a supercharger at the circuit … powered by a hunking big diesel generator he brought with him in a container from the US.

Together with the Tesla a container from America arrived at the ring. Its content: a large diesel engine. This generates the power to charge the Model S. Since it is noisy day and night, it has already attracted the annoyance of local residents. However, Tesla has reacted and unceremoniously installed a Supercharger on the ring. However, he obviously first of all serves his own needs as he stands in the area of ??the rollercoaster behind a locked gate immediately next to the start and finish straight of the GP course. So not accessible to Tesla customers.

Behind the ‘clean, green’ image there is always another story. Whether it is on the Nürburgring, the Ngauranga Gorge or the Northern Motorway, the dirty truth for virtue-signalling electric car drivers is that the energy has to come from somewhere.

Currently, it appears a diesel generator is powering one Tesla at the Nürburgring track.

The BFD Nightcap: WW2 Ball Turret with Twin .50 Cals at the Big Sandy...

The BFD Video: Why the WEST is in DECLINE

A Candle of Free Speech Flickers in Darkening Britain

The BFD Wisdom: The Elephant Rope

The BFD Map of the Day: Funny Google Street View

Questions to Ministers TAMATI COFFEY to the Minister of Finance: He aha ng? r?poata hou kua kitea e ia m? te ?hanga o Aotearoa?         Translation: What recent reports has he seen on the New Zealand economy? Hon SIMON BRIDGES to the Prime Minister: Does she stand by her statement when asked…
Read more

Are we Ready to Stop Giggling at Mayor Pete’s Butt yet?

[...] Nearly 80% of Americans would vote for a gay president [...] On the other hand, the persistent giggling and nudging and winking whenever Buttigieg’s name comes up suggests something less than cosmopolitan sophistication.
Read more